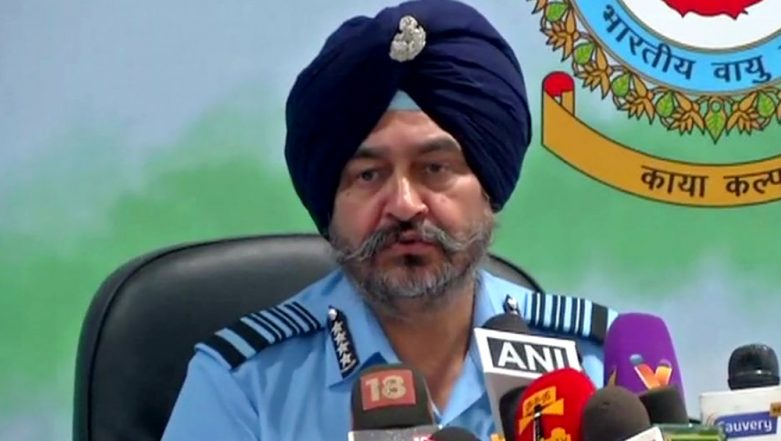 "They (Pakistan) have closed their airspace that is their problem. Our economy is vibrant and air traffic is a very important part. You have noticed that the Air Force has never stopped our civil air traffic," he said at a press conference here.Pakistan extended the ban on its airspace for all Indian flights till June 28.

The country had fully shut its airspace on the eastern border with India after the IAF carried out aerial airstrikes on a Jaish-e-Mohammed (JeM) terror camp in Balakot on February 26. The strikes were in response to the terror attack in Jammu and Kashmir's Pulwama, in which 40 CRPF personnel lost their lives on February 14.

In March, Pakistan partially opened its airspace for all flights but not for Indian flights. Since then, foreign carriers using the Indian airspace have been forced to take long detours because they cannot fly over Pakistan. The closure has mainly affected flights from Europe to Southeast Asia. Dhanoa recalled: "Only on February 27 (this year) we had stopped Srinagar airspace for two-three hours. We did not allow tension with Pakistan to dictate our civil aviation because our economy is much bigger and much stronger as compared to theirs.

"He was speaking at the press meet after the IAF at its Gwalior airbase recreated the Tiger Hill attack and displayed the aircraft used during the 'Operation Vijay' to commemorate 20 years of the Kargil conflict.

"The purpose of our attack has always been to show our resolve and capability. The message has been given to the person who is being hit. On August 2, 2002, the message was given to the person who was being hit as that person never returned," said the Air Chief Marshal. IAF Chief BS Dhanoa Flies MiG-21, Leads 'Missing Man Formation' to Pay Tribute to Kargil Martyr Ajay Ahuja; Watch Video.

Dhanoa said that Pakistan Air Force planes did not cross the Line of Control (LoC) during the February 27 dogfight in the aftermath of the air strike on a JeM terror camp in Balakot, a military objective, which India achieved.

The IAF organised a seminar on 'Air operations in Kargil war, lessons learnt and way forward' at Air Force Station Gwalior. The focus of the seminar was conducting air operations at high altitude by fighters, transports, and helicopters of IAF employing contemporary equipment and innovative strategies.

To celebrate the event, a flypast by various aircraft like SU-30 MKI, M 2000, MiG -21 Bison, Jaguar, and Advanced Light Helicopter was also undertaken.The Kargil conflict was an intense border clash fought between India and Pakistan in the mountains of Kashmir in 1999.