Amitabh Sinha Does a Pragya Thakur, Says 'Not Opposed to Godse' in Debate Against Kanhaiya Kumar; Twitterati Outraged 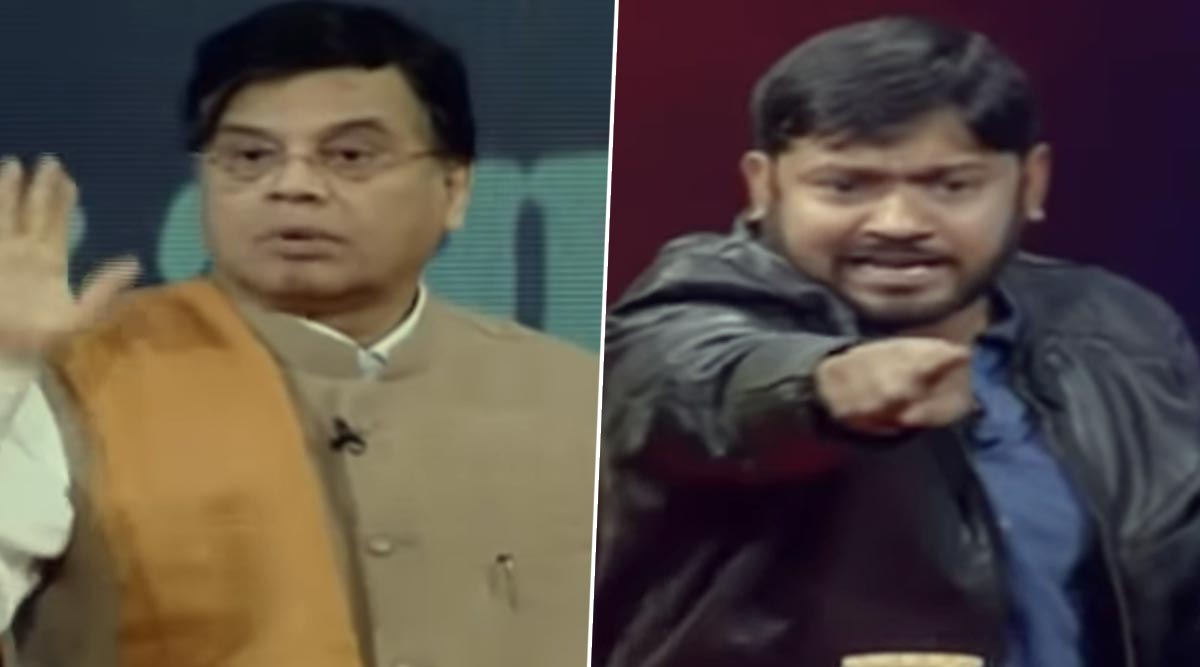 Users on Twitter were outraged after the video, which shows Sinha saying that he is "not opposed to Godse", went viral. In the clip, Sinha and Kanhaiya could be seen sparring over their respective ideologies. When the BJP leader asks his CPI counterpart to say "Stalin Murdabad", the latter agrees, but also hits back asking whether he would say the same for Godse.

After Kanhaiya's repeated insistence that Sinha must clear his stand on Godse, the BJP leaded ended up saying that the issue is not revolving around Gandhi's assassin and that he is not opposed to him. Amid the ruckus, a person sitting in the audience ended up shouting, "Godse Zindabad (Long Live, Godse)!"

This is truly disgusting. @BJP4India's Amitabh Sinha must apologise for commenting on students in such obnoxious manner. This is not the way to target students or anyone for that matter. https://t.co/DZ420fTbQr

Social media users also slammed Sinha for allegedly threatening Kanhaiya, by saying that the former JNUSU chief would be taught a lesson if he does not mend his ways. "Sudhroge nahi toh thoke jaoge," the BJP leader was heard as saying. Twitter users condemned India Today for allowing such language to be used on their show.

The way Amitabh Sinha arrogantly said and i quote"Sudhroge Nahi toh Thoke Jaoge" that's certainly not a civilised language and yes no doubt the follower of a party whose president was a Tadhipaar , they will obviously talk in such manner. Worried for @kanhaiyakumar already https://t.co/VgLclPR8Cv

The controversy involving Sinha comes in the backdrop of Pragya Thakur, an accused in the 2008 Malegaon bomb blasts, had called Godse a "patriot". She had first issued the contentious remarks during her campaign trail for the parliamentary polls in April -- which had prompted Prime Minister Narendra Modi to say that he would "never forgive her". The remark was allegedly uttered by her in the Parliament in November this year. Pragya had, however, later claimed that she was referring to freedom fighter Udham Singh.