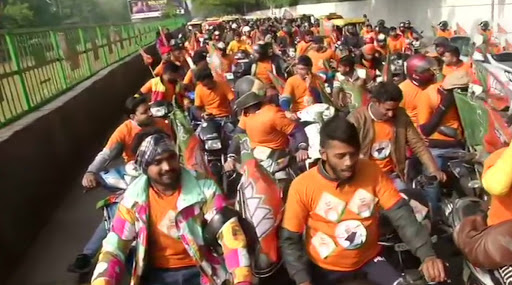 Delhi, January 9: Bharatiya Janata Party (BJP) took out a bike rally from party-state office as part of its Assembly elections campaign on Thursday. The rally was flagged off by BJP MP Meenakshi Lekhi and was led by party's state president Manoj Tiwari and leader Vijay Goel. Netizens were quick to spot that many of the riders were riding without a helmet. They tagged Delhi police complaining of no helmets.

More than a hundred bike-borne BJP workers, donning saffron T-shirts and sporting stickers of Prime Minister Narendra Modi, followed the leaders from the party's headquarters at Delhi's Pandit Pant Marg. In the middle of chants of "Bharat Mata ki Jai" and a resolution to "defeat opponents", the rally moved its way through the Delhi roads. Kumar Vishwas to be BJP CM Candidate For Delhi Assembly Elections 2020? Reports Emerge on Speculation of Former AAP Leader Joining BJP.

Check screenshots of tweets where netizens complained to Delhi Police 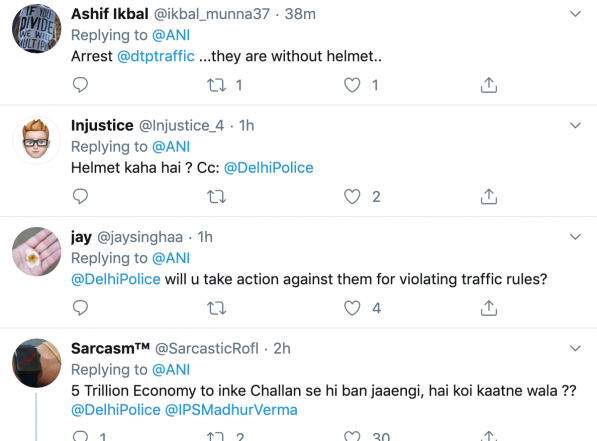 Here is another screenshot where Twitterati has asked Delhi Police to take action: 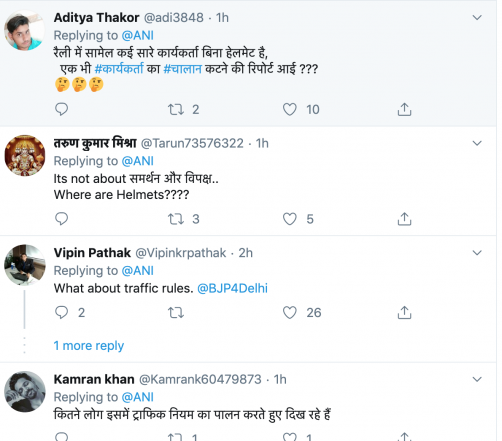 According to an IANS report, when Lekhi was asked on how many seats the BJP hopes to win, her answer was "70 out of 70". She further added, "Mathematically, one should aim at 100. You may end up getting 90."