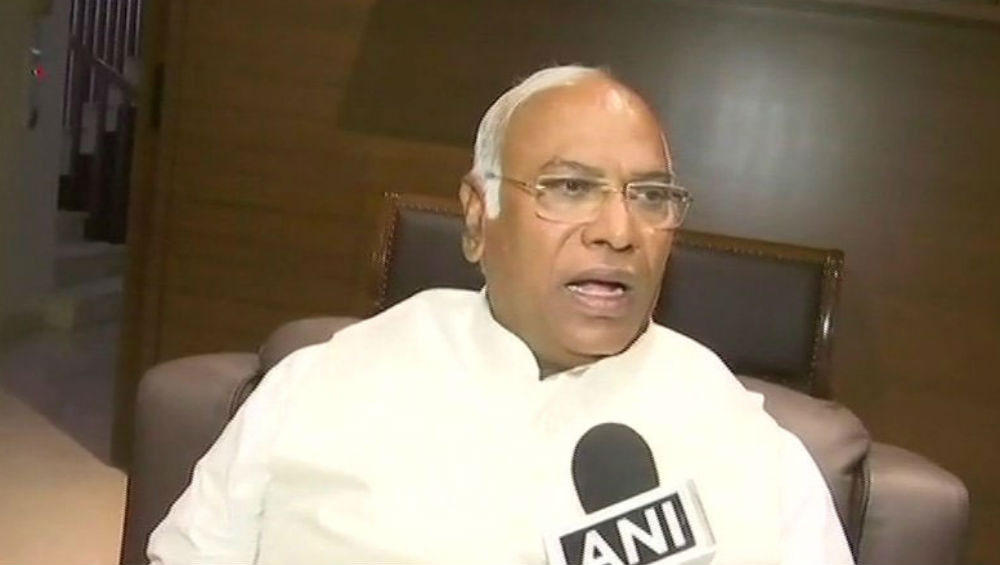 Bengaluru, February 13: Senior Congress leader Mallikarjun Kharge on Thursday said the Delhi assembly election results clearly showed the people have kept away the "divisive politics" of the BJP and that his party was introspecting on the shortcomings that lead to its defeat.

"In elections victory or defeat is common, all efforts that were required for elections was put by the party (Congress), but we did not get success," Kharge said. Speaking to reporters in Belagavi, he said, "But, one thing is certain, those (BJP) who were confident of victory in the name of religion, despite campaigning from Prime Minister, Home Minister, several Ministers, CMs, MPs and MLAs, the principles that they believed in did not get the success. Bharat Ratna Row: Mallikarjun Kharge Booked For Remarks on Bhupen Hazarika.

"The basis on which they campaigned did not get the recognition and the people have kept their divisive politics away." Regarding the Congress' performance, Kharge said, "we will discuss in the working committee and introspect on the shortcomings and what were the fundamental faults that resulted in our loss."

The Arvind Kejriwal-led Aam Aadmi Party gained a stupendous victory in the February 8 Assembly polls in Delhi, dealing a body blow to the main rival BJP and completely decimating the Congress in a keenly-watched battle in the midst of anti-CAA protests. The Congress could not even manage a single seat and ended with 4.26 per cent vote share.

Responding to a question whether AAP's development politics worked in its favour, the veteran Congress leader said, some time development agenda works and some time emotive issues and false promises take precedence. Quoting his own example of 55 years in politics and 48 years in electoral politics, Kharge said despite doing several developmental works in Gulbarga region without any stain, people this time in the Lok Sabha polls did not recognise it and voted for someone (BJP) who did not do any work.

"So, some time victory may be because of development, some time it will be based on agenda, like Narendra Modi gaining votes using emotive issues and false promises," he pointed out. Responding to a question on Karnataka Congress, Kharge said, let's see now that the elections are over new state president and office-bearers will be appointed.