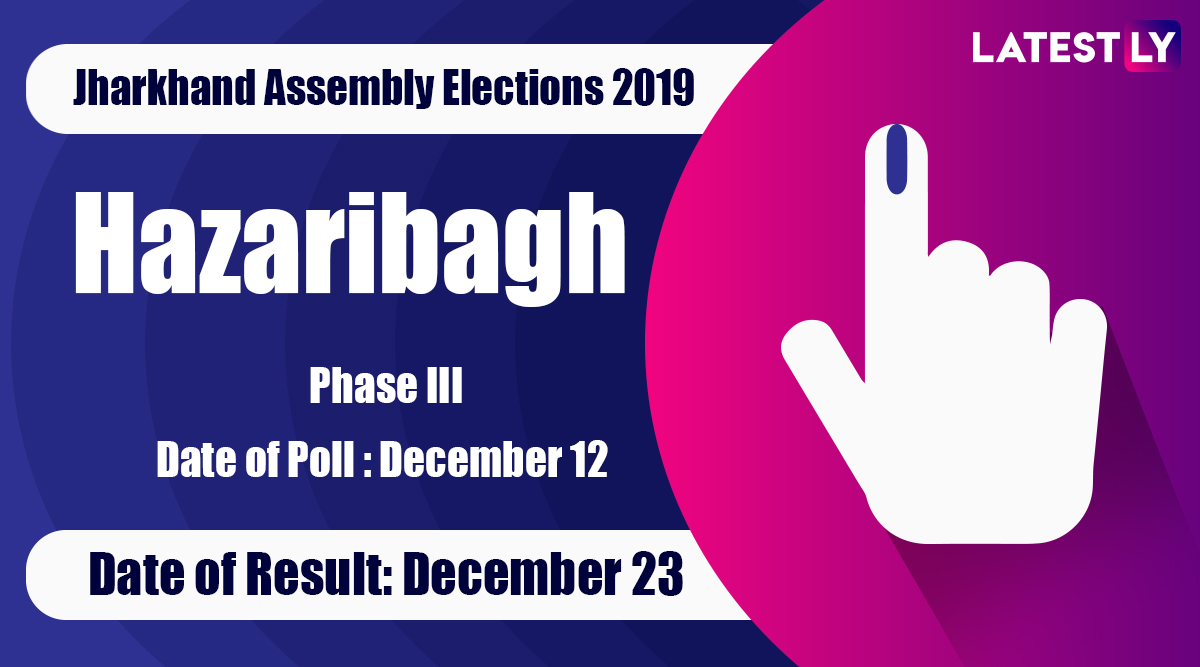 Ranchi, December 11: The constituency of Hazaribagh goes to poll on December 12 in the third phase of polling in Jharkhand. Hazaribagh is located in the Hazaribagh district of Jharkhand. Hazaribagh assembly constituency is currently represented by Manish Jaiswal of BJP. In the 2019 assembly elections, Congress candidate Ramchandra Prasad has been fielded against JVM's Munna Singh. Prominent independent candiates contesting from the seat are Prakash Kumar Paswan and Shakti Kumar Paswan. Jharkhand Assembly Elections 2019 Dates And Full Schedule Announced by Election Commission: Polling in 5 Phases.