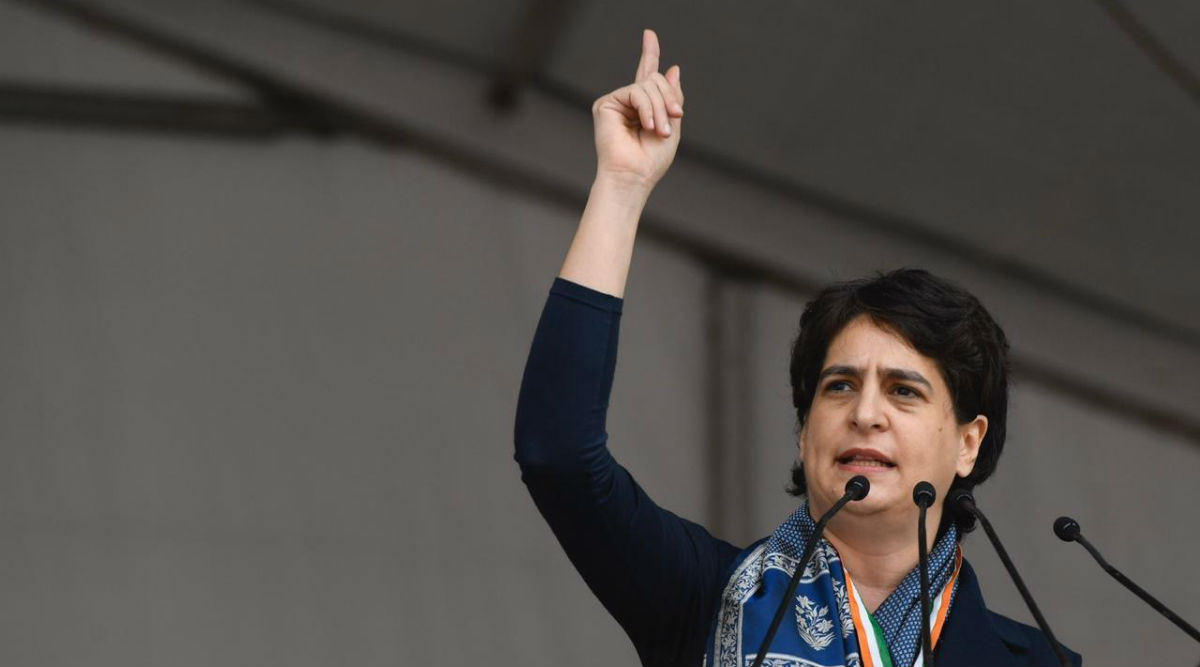 New Delhi, December 16: Congress General Secretary Priyanka Gandhi Vadra hit out at the Modi government after students of the Jamia Millia Islamia University alleged assault by Delhi police personnel during a demonstration against the Citizenship Amendment Act. Calling the Modi government "coward", Priyanka Gandhi said that the Centre doesn't pay heed to voices of youngsters. "You will have to listen to them one day," Priyanka Gandhi said in one of her tweets. Supreme Court Agrees to Hear Pleas on Violence Against Students at Jamia and AMU on Tuesday Only if ‘Rioting Stops’.

"The police is entering universities and thrashing students. At a time when this government should come forth and listen to the people, the BJP government is oppressing students and journalists in the northeast, Uttar Pradesh and Delhi. This is a coward government," Priyanka Gandhi tweeted on Sunday night. Following violent protests allegedly by a section of students of Jamia Millia Islamia University, Delhi cops stormed into the varsity campus and allegedly assaulted students. Delhi Deputy CM Manish Sisodia Questions Delhi Police's Role in 'Setting DTC Bus on Fire' During Jamia Protests Against CAA, Demands Probe.

In a warning to Prime Minister Narendra Modi, Priyanka Gandhi said that the voice of the youth cannot be suppressed. "This government is scared of the voice of the public. It wants to stifle the youth of this country with its dictatorship," she said. Delhi Police on Sunday evening entered the Jamia campus after protests against Citizenship Amendment Act allegedly turned violent. They resorted to tear gas shelling and lathicharge inside the campus in which over 100 students, including females, were injured.

DTC buses and a fire tender were set on fire in New Friends Colony after which police restored to lathicharge and tear gas shelling. Several students were detained following clashes. Police released 50 students on Monday morning. Several parts of India have been witnessing violent protests ever since the Citizenship (Amendment) Bill was passed in the Parliament last week.

The Bill, which has now become an Act, will provide Indian nationality to Hindus, Christians, Sikhs, Parsis, Jains and Buddhists fleeing persecution in Pakistan, Afghanistan and Bangladesh. The Act is criticised for leaving out Muslim refugees.