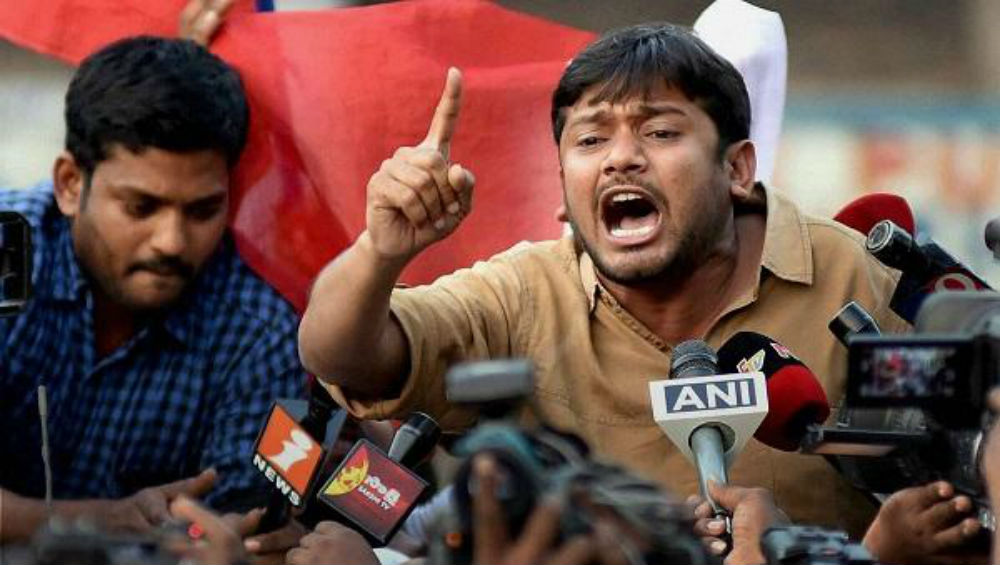 Patna, February 14: Communist Party of India (CPI) leader Kanhaiya Kumar was on Friday attacked by miscreants who pelted stones at his convoy in Bihar. The stone-attack at his convoy was reported while he was travelling from Buxar to Arrah. This was the eighth assault against Kanhaiya in recent weeks, after he began addressing anti-CAA rallies across the state. Kanhaiya Kumar Injured, Stones Pelted at His Convoy in Bihar's Supaul.

Kanhaiya, who earned popularity during his stint as Jawaharlal Nehru University Students' Union (JNUSU) chief, is among the leading voices against the Citizenship Amendment Act (CAA), National Population Register (NPR) and proposed National Register of Citizenship (NRC) exercise in Bihar.

On January 30 - the death anniversary of Mahatma Gandhi - Kanhaiya launched the Jana-Gana-Mana Yatra, aimed at spreading awareness against the CAA-NRC project of the Centre. Initiated from Bhitiharwa Ashram in West Champaran district - where Gandhi had led the struggle for indigo cultivators - the yatra has been attacked several times.

Kanhaiya is reported to be on the radar of reactionary groups opposing his movement against the CAA. The CPI leader, along with a few others part of his convoy, were injured in the earlier attacks. The stone-pelting incident also caused significant damage to the vehicles part of the convoy.

The CAA, passed by the Indian Parliament in mid-December, sparked concerns across the nation after critics linked to the proposed nationwide NRC. According to those opposing the law, the CAA would automatically grant citizenship to non-Muslims excluded from the NRC -- thereby making the citizenship verification exercise only applicable to the Muslim citizens of India.