Maharashtra Political Drama: In This Mockery of Democracy, The Joke is on 'We, The People' as Politicians Continue to Play Their Game 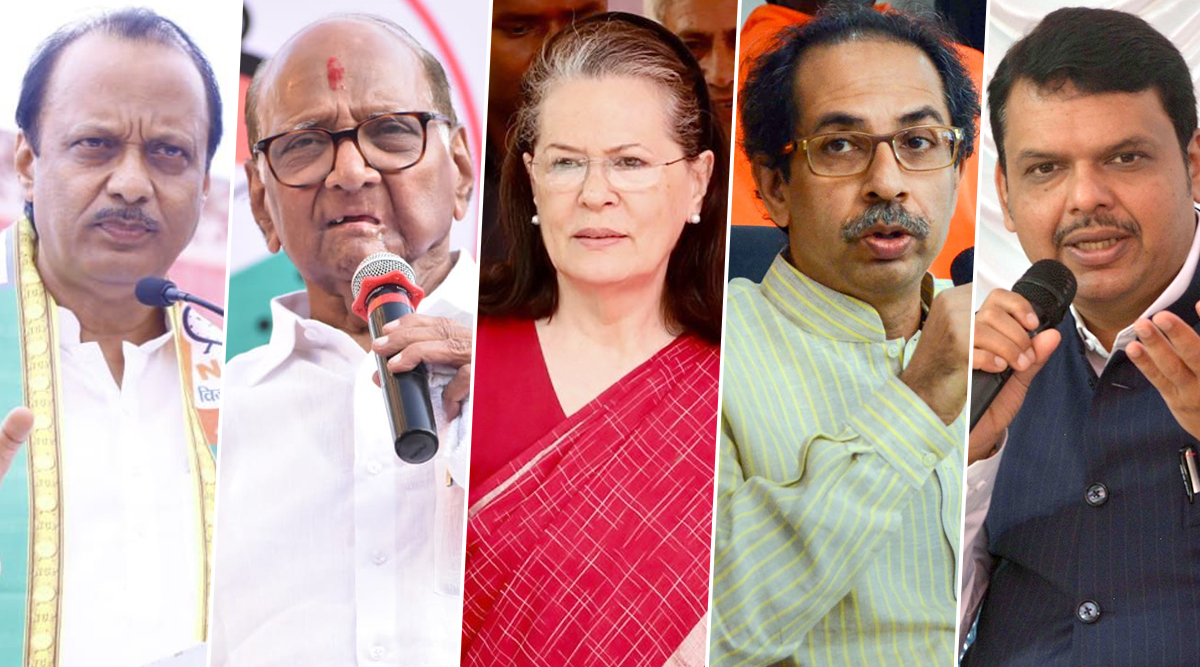 It's been exactly one month and one day since the results of Maharashtra Assembly Elections 2019 were announced. While Devendra Fadnavis has taken the oath of the Chief Minister, the voters are still confused whether they have a government or not. In the middle of four political parties caught in an ugly fight for power, the joke really is on the aam aadmi, the voter. It is the voter who is left wondering whether their vote even mattered.

On October 24, 2019, when the results of Assembly Elections in Maharashtra and Haryana came out, one would have expected a long road to government formation in Haryana since the state saw a fractured mandate, while the BJP-Shiv Sena alliance received a clear mandate in Maharashtra. But what happened left everyone shocked and some surprised. From day 1 of the Maharashtra election results, whatever has played out politically has been a joke on the voter, on the election, on the constitution. Maharashtra Government Formation: Supreme Court to Pass Order on Floor Test at 10.30 AM Tomorrow.

In the first wrong, the Shiv Sena, who fought the election in alliance with the BJP, broke away from the party. The Shiv Sena said that the BJP backed off from the agreements made between the two parties while finalising the alliance. In an interview, Home Minister Amit Shah refused to spill any detail about the closed-door meeting where the alliance was finalised. That is where the first jolt to the voters was already delivered. The voters who gave votes to the pre-poll alliance of the BJP-Shiv Sena, were now clueless about who would eventually form the government. Little did they know there was much more deceit coming at them in the near future.

The BJP, being the single largest party, was invited by the Governor to form the government in the state. The invitation was declined by the BJP with the party stating categorically that they were not in a position to form the government. Next in line was the Shiv Sena, who sought time from the Governor to stake claim, but were denied permission to do so and President's rule was imposed in the state. In the days to follow, the Congress, which was initially reluctant to go into an alliance with the Shiv Sena, citing ideological difference, gave in.

On the evening of November 22, the modalities of the Shiv Sena-NCP-Congress alliance were finalised and the three parties announced that they will stake claim to form the government the next day. These developments were "unholy" because this was certainly not what Maharashtra had voted for. But things now are murkier, uglier and even more unholy. On the morning of November 23, when people were opening newspapers with headlines of the NCP-Sena-Congress alliance being finalised, television news channels carried out videos of Devendra Fadnavis being sworn in as the Chief Minister and NCP's Ajit Pawar as the Deputy CM of Maharashtra. What changed overnight, no one knew. The President's rule was revoked at 5.17 am early morning and an unprecedented swearing-in ceremony took place at 8 AM. How does one not ask questions about the independence and powers that the President and the Governors hold?

These developments led to questions being raised on NCP patriarch Sharad Pawar on what deal had he made with the BJP. But things got worse when senior Pawar cleared the air saying his nephew had betrayed not just him but also the party by "lying to the MLAs about why he was taking them to the Governor House." Overnight, Ajit Pawar, who was the corrupt guy of Maharashtra for the BJP till yesterday, today became their trusted man to form the government with. But in no time, the MLAs he had taken with him went back to Sharad Pawar citing betrayal by Ajit. Maharashtra Political Turmoil: Twitter War Between Pawars Leaves Voters Confused; Ajit Firm on NCP Supporting BJP, Sharad Pawar Calls it 'Misleading'.

In the media, words like masterstroke, Chanakya and "good move" have been doing the rounds. While the politicians continue to play the game of money and power, horse-trading, that is a crime, is being spoken about on some television channels as "masterstroke". When did blatant corruption and spending lakhs on booking 5-star and 7-star hotels and resorts for MLAs become "strategy" and "planning"? Isn't it a big joke on those who voted for MLAs who can be eventually bought to change sides? It certainly is not a "Blockbuster", another term used by senior anchors to describe the Maharashtra situation.

Maharashtra politics right now is a huge mockery of India's democracy, Constitution and the voter. And why just Maharashtra, we have now seen resort politics, party swapping and unholy alliances more than ever over the past few years. In such a scenario, the whole exercise of carrying out elections looks so futile. The joke is on us, because it now seems that politicians are playing their usual games and they will come out of it. The losers here will not be politicians, but those who voted for them. Whoever runs the government in Maharashtra now, the damage to the vote is done and it's a shame. The only ideal end to this would be a re-election, but who knows how that will end. There were questions about whether our vote is going to the party we are voting for or not. Now the question, it seems, is - Does it even matter who we vote for?