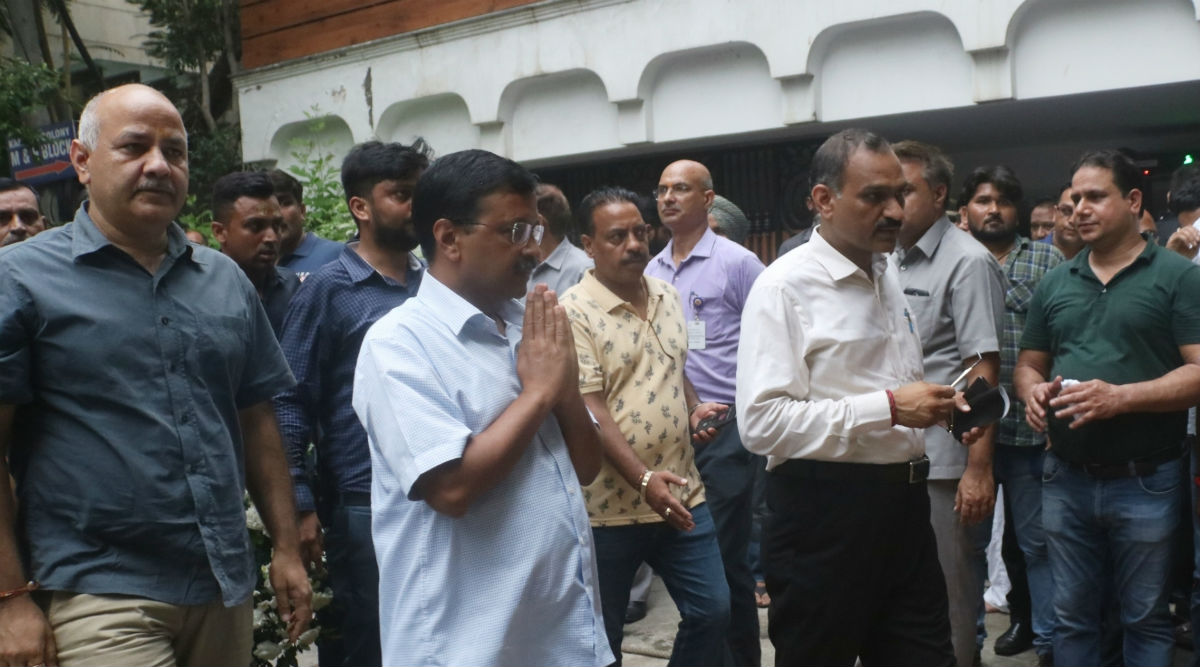 New Delhi, February 23: After the names of Delhi Chief Minister Arvind Kejriwal and his deputy Manish Sisodia were dropped from an event at a government-run school to be attended by the US First Lady Melania Trump, the American embassy indicated that it was done to keep the function apolitical. During Donald's Trump's India visit starting tomorrow, Melania will be witnessing the AAP government's flagship happiness curriculum that was introduced by Manish Sisodia two years ago in an attempt to reduce stress among school children. Donald Trump, Melania Trump's India Visit: Complete Schedule of US President And First Lady's First Official Trip.

"While the US embassy had no objection to the presence of the Chief Minister and the Deputy Chief Minister, we appreciate their recognition that this is not a political event and that it is best to ensure that the focus is on education, the school, and the students," a US embassy spokesperson was quoted by NDTV as saying. Melania will visit schools in south Delhi and see first-hand the impact of the happiness curriculum, introduced by Delhi's AAP government in 2018, on students. Donald Trump, Melania Trump's India Visit: From Gold-Plated Tableware to Silver-Made Key, Grand Preparations Underway to Accord 'Memorable Welcome' to US President And First Lady.

AAP's National Executive member Preeti Sharma Menon had hit out at the Modi government over the development. "There is no match for the pettiness of Narendra Modi. You may not invite Arvind Kejriwal, Manish Sisodia, but their work speaks for them," she had tweeted. The Bharatiya Janata Party (BJP) said that the event shouldn't be politicised. "Petty politics should not be played on important occasions. The government of India represents all Indians and political affiliations should not count on such an occasion," BJP spokesperson Sambit Patra told reporters.

US President Donald Trump and Melania are scheduled to visit India on February 24 and 25. The couple will spend the first day of the trip in Gujarat's Ahmedabad and Uttar Pradesh's Agra before moving to Delhi for the official reception and bilateral talks. This is Donald Trump's first state visit to India and also a first standalone visit by a US President to India.