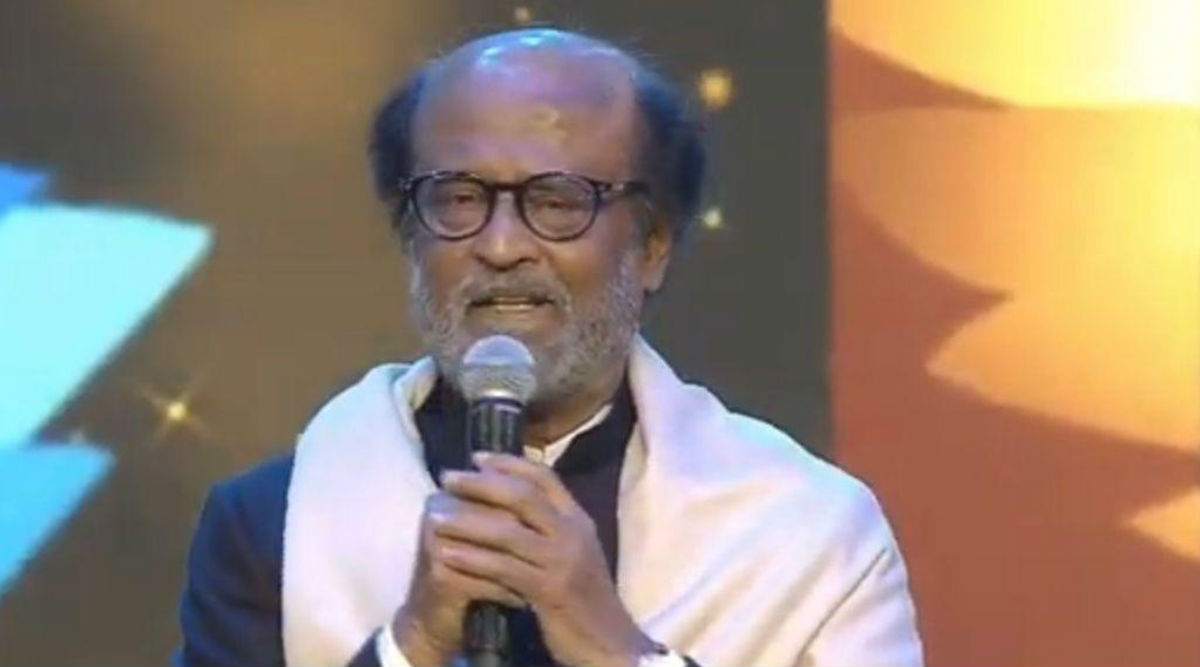 Chennai, January 21: Superstar Rajinikanth on Tuesday refused to apologise for his controversial remarks on social reformer E V Ramasamy, popularly known as Periyar. Speaking to media outside his residence, Rajinikanth showed copies of media publications to back his statement on Periyar. "There is a debate on an issue I spoke on and which happened in 1971. I didn't make up what I said. People are saying I made it up but I didn't," he said. Rajinikanth Breaks His Silence on CAA and NRC.

Speaking at the 50th-anniversary function of Tamil magazine 'Thuglak' on January 14, had said that naked images of Lord Ramachandramoorthy and Sita were displayed during a rally in 1971 in Salem that was led by Periyar. "In 1971, at Salem, Periyar took out a rally in which undressed images of Lord Sri Ramachandramoorthy and Sita -with a garland of sandal-featured and no news outlet published it," he had said. Was Rajinikanth Denied Visa to Visit Sri Lanka? Namal Rajapaksa Calls it a Mere Rumour.

The Dravidar Viduthalai Kazhagam (DVK) filed a complaint against Rajinikanth alleging that his speech was an insult to Periyar. The DVK also threatened protests outside the theatres showing the actor's latest movie 'Darbar' if he does not apologise. Rajinikanth, however, asserted: "Sorry, I won't apologise." Several pro-Tamil groups protested against the superstar. On Monday, activists of Athi Tamizhar Peravai burnt an effigy of Rajinikanth.