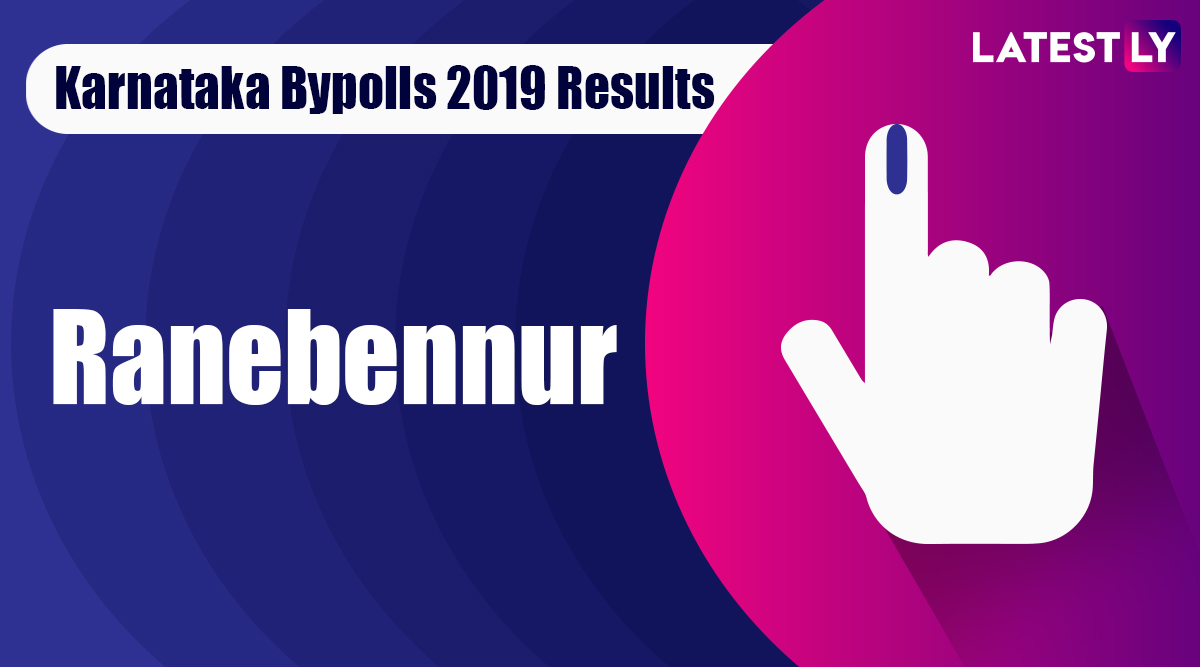 Bengaluru, December 9: The counting of votes and result for the Ranebennur assembly constituency in Karnataka began at 8 am on Monday. Ranebennur (Gen) is a State Assembly or Vidhan Sabha constituency which falls in the Haveri district and Mumbai Karnataka region of Karnataka. It is a part of the Haveri Parliamentary/Lok Sabha constituency. Arunkumar Guththur of the Bharatiya Janata Party was leading in the initial trends. Karnataka Bypoll Results 2019 Live News Updates.

Voting for 15 assembly constituencies of Karnataka was held on December 5. An estimated 62.18 per cent average voting was registered in the crucial by-elections. The major parties contesting in these polls- BJP, Congress and JD(S). Apart from BJP and Congress which has fielded candidates in each of 15 seats, there are over 100 independents also contesting in these by-polls. JD(S) has contesting on 12 seats.

In the (2013) previous Karnataka Assembly Elections, Congress won this seat with a margin of 6,788 votes securing 33.79% of the total votes polled. In 2013 the seat witnessed a voter turnout of 79.31%. The by-elections were necessitated by disqualification of 14 Congress and 3 JD-S rebel legislators after they quit the Assembly in July protesting against the coalition government's poor functioning.