The upcoming polls will see a direct fight between the ruling BJP and the AIADMK alliance, and the opposition coalition of the DMK and Congress. In the 2019 Lok Sabha elections, the ruling AIADMK-led alliance’s vote-share in Tamil Nadu fell to 30%, the lowest level seen in the past two decades. 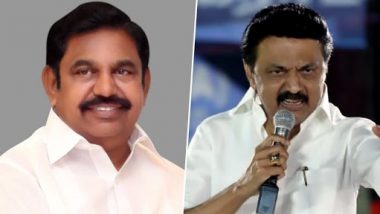 Edappadi K Palaniswami, Tamil Nadu Chief Minister and joint coordinator of AIADMK, is one of the main players in Tamil Nadu Assembly Elections 2021. Palaniswami took charge as the Chief Minister of the state after O Panneerselvam resigned in 2017. He is a four-time legislator, is looking to get re-elected from the Edappadi constituency in Salem district. T Sampath Kumar, a DMK candidate has been fielded against Palaniswami for the upcoming polls in the state.

O Panneerselvam is another key candidate for  Tamil Nadu Assembly Elections 2021. Panneerselvam is contesting the elections from Bodinayakannur constituency in Theni district. DMK’s Thanga Tamilselvan has been fielded against Panneerselvam.

DMK chief MK Stalin, son of former chief minister Late M Karunanidhi, is another key contestant for Tamil Nadu Assembly Elections 2021. He is seeking a re-election from Kolathur constituency which he been representing since 2011. Stalin is hoping to win the polls and take charge as the Chief Minister of Tamil Nadu for the first time.

Kamal Haasan, the actor-turned-politician and MNM founder, is contesting the Assembly elections for the first time. Haasan will contest from the Coimbatore South Assembly constituency. Congress has fielded its candidate Mayura S Jayakumar while BJP has given its ticket to women’s wing national president Vanathi Srinivasan to fight against Kamal Haasan in the upcoming polls.

All the above-mentioned key candidates for Tamil Nadu Assembly Elections 2021 are leaving no stone unturned to woo voters across the state. In the upcoming polls in Tamil Nadu, the Congress is contesting 25 seats while the alliance comprising DMK, Congress and several small parties are taking on the ruling AIADMK. The ruling AIADMK is facing the polls in alliance with the Pattali Makkal Katchi, the BJP, the former union minister GK Vaasan-led Tamil Maanila Congress (Moopanar) along with other smaller parties. The MNM has been trying to position itself as the only alternative to the Dravidian majors.

(The above story first appeared on LatestLY on Apr 04, 2021 05:00 PM IST. For more news and updates on politics, world, sports, entertainment and lifestyle, log on to our website latestly.com).