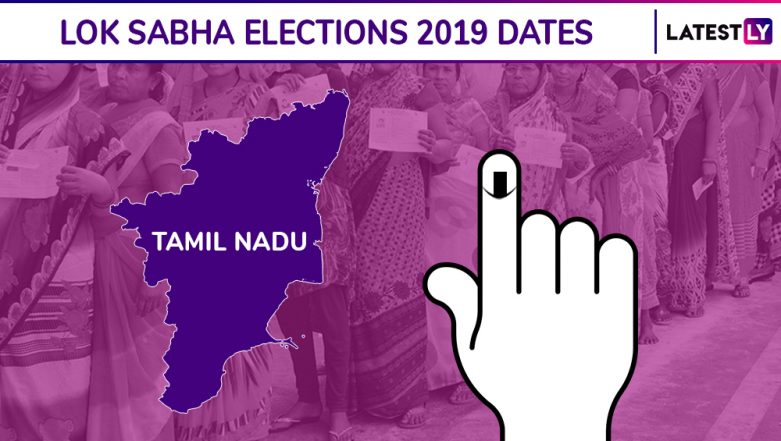 The election dates were announced by the Election Commission chief - Sunil Arora (Chief EC), and in the presence of Ashok Lavasa and Sushil Chandra, in the national capital, Delhi. EC said that adequate security arrangements have been put in place for fair and smooth elections across the country and in the state of Tamil Nadu. Model Code of Conduct Comes Into Force Ahead of Lok Sabha Elections 2019: What is MCC or Aachar Sanhita? Why It's Needed & How is it Enforced? All You Need to Know.

In the previous Lok Sabha elections in 2014, the AIADMK led by J Jayalalithaa won an overwhelming 37 seats out of 39 in the state. The BJP led NDA could manage only 2 seats, with the BJP and the Pattali Makkal Katchi winning one seat each. The Congress and the DMK could not even open their accounts. The 2019 Lok Sabha Elections will also be the first general elections in the absence of J Jayalalithaa and M Karunanidhi. The equations have also changed with the BJP and AIADMK joining hands to form an alliance in Tamil Nadu.