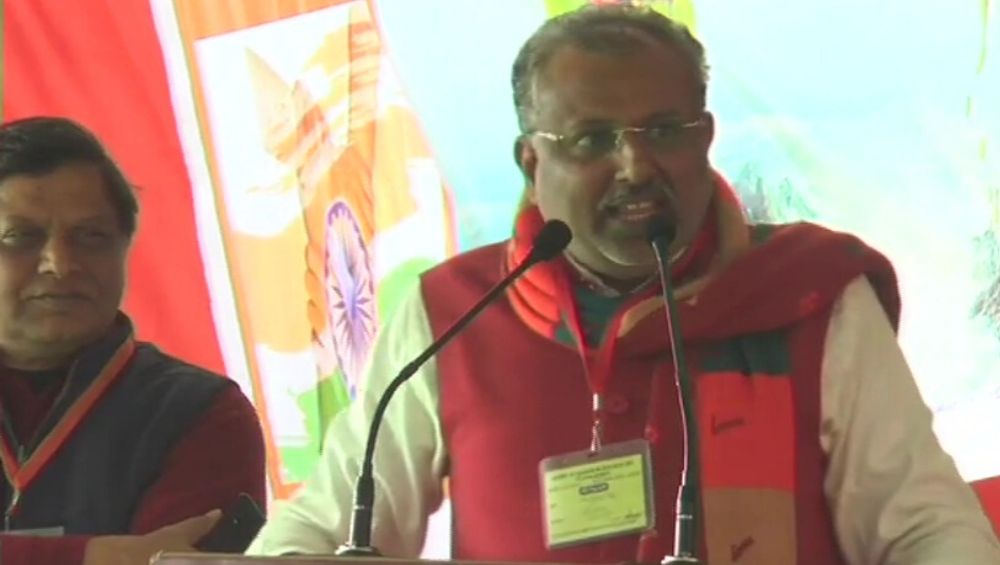 Aligarh January 14: BJP leader Raghuraj Singh has said people raising slogans against the Prime Minister Narendra Modi and Uttar Pradesh Chief Minister Yogi Adityanath will be buried alive. Singh made the statement on Sunday while addressing a rally in Aligarh to create awareness about the Citizenship Amendment Act.

Warning "these handful of people, one per cent criminal and corrupt people” against saying “murdabad” to Prime Minister Modi and Chief Minister Adityanath, he said, “I will bury you alive." "Yogi and Modi are not the ones who will get perturbed. Yogi-Modi will run the country and run it like this only," Singh said. Babul Supriyo Rebukes Dilip Ghosh Over 'Our Govt Shot Vandals Like Dogs' Statement, Says 'BJP Has Nothing To Do With His Irresponsible Remark'.

"Those taking money from Dawood Ibrahim and troubling our officers, and Muslims will be beaten up badly," he said. Singh, who hails from Aligarh, was apparently referring to protests held by students of Aligarh Muslim University against the CAA recently.

The BJP immediately distanced itself from Singh's controversial remarks, with party spokesperson Chandramohan saying "Raghuraj Singh is neither a minister nor an MLA." Labour Welfare Council chairman Sunil Bharala said Raghuraj Singh is an advisor in a unit of Labour Department.