All Set To Get Married, Akash Ambani and Shloka Mehta Come Together With Their Families For The Inauguration of Ambani Square 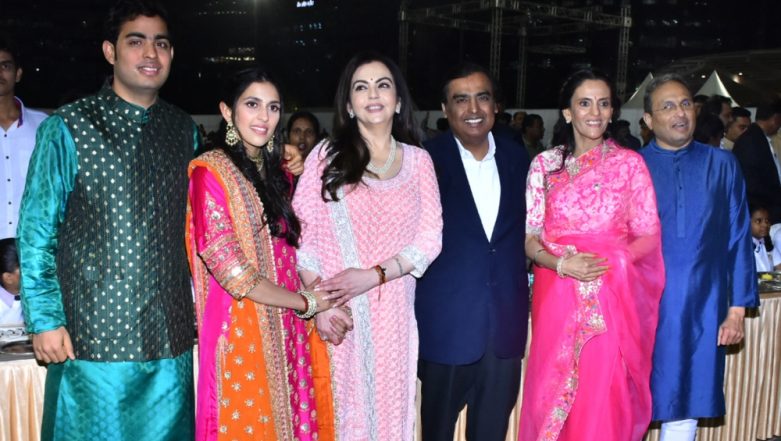 In a grand gesture to more than 20 million Mumbaikars residing in the city, Nita Ambani and Mukesh Ambani inaugurated and dedicated the Dhirubhai Ambani Square at Jio World Centre at Bandra Kurla Complex to the city. And on the occasion of its inauguration, a special musical fountain show was organised for the city's underprivileged children. Also present at the grand do were the soon-to-wed pair Akash Ambani and Shloka Mehta, along with the latter's family. Akash Ambani-Shloka Mehta Pre-wedding Bash: Mukesh Ambani’s Antilia Turned Into Hogwarts for Harry Potter-Themed Party for Guests; See Pics and Videos

See some of the pictures from the event below: 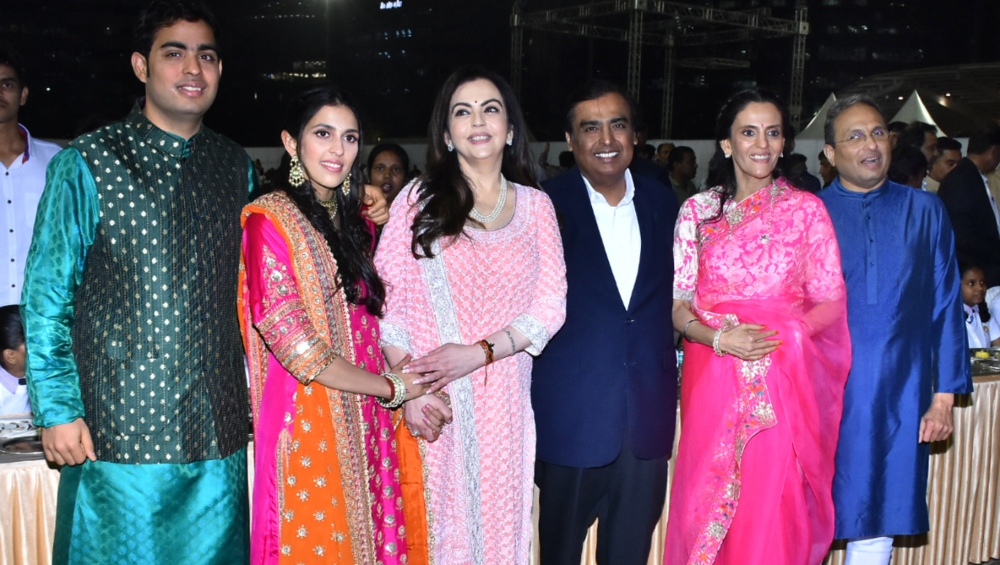 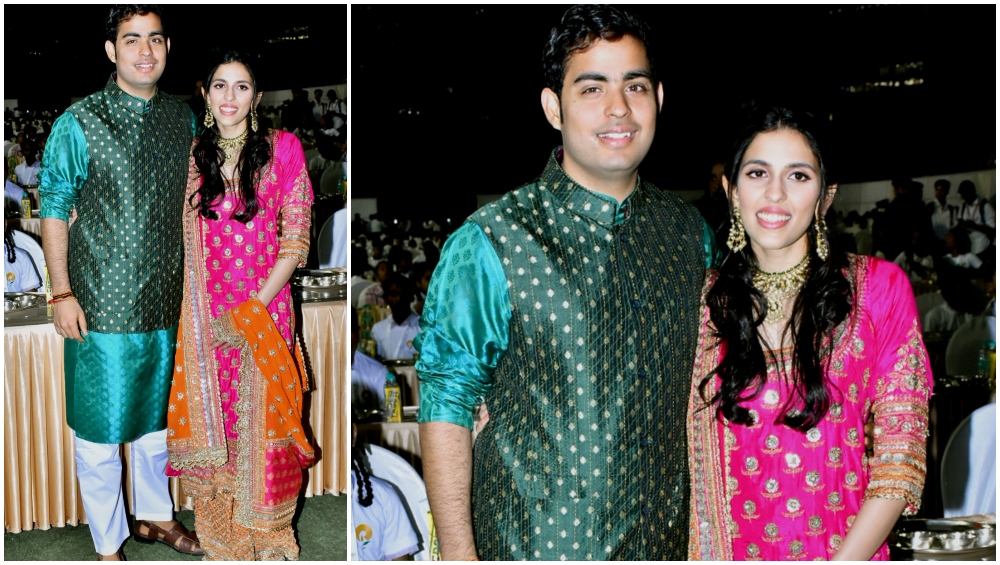 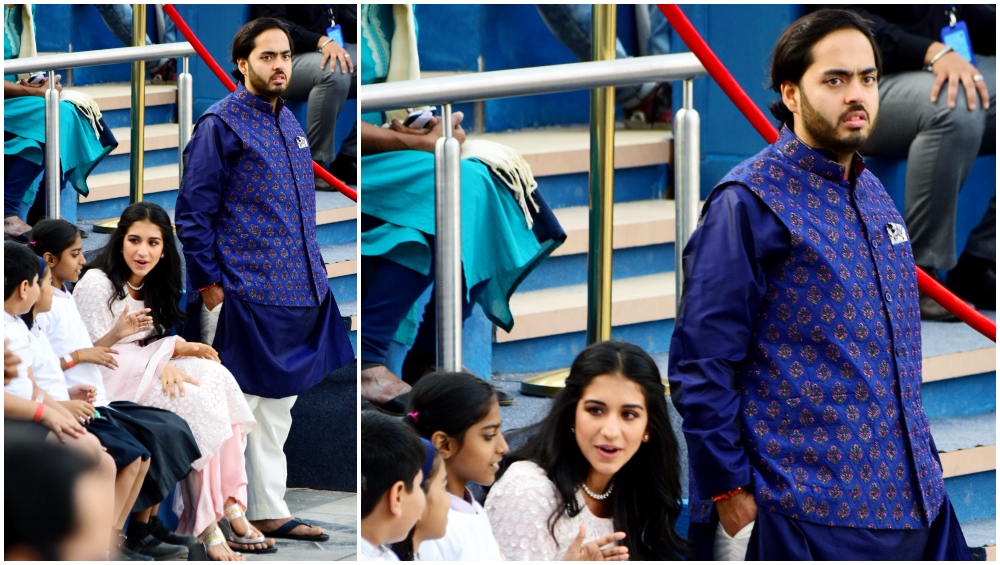 It is also being reported that two more musical fountain shows are being organised for nearly 7,000 protectors of the city on March 12. The Ambanis are also being reported to have started daily Anna Sevas for all orphanages and old age homes in the city from March 6-13, a report in Free Press Journal read.

Nita Ambani who is a part of many philanthropic and social causes, organised a spectacular fountain show for close to 2000 underprivileged children. 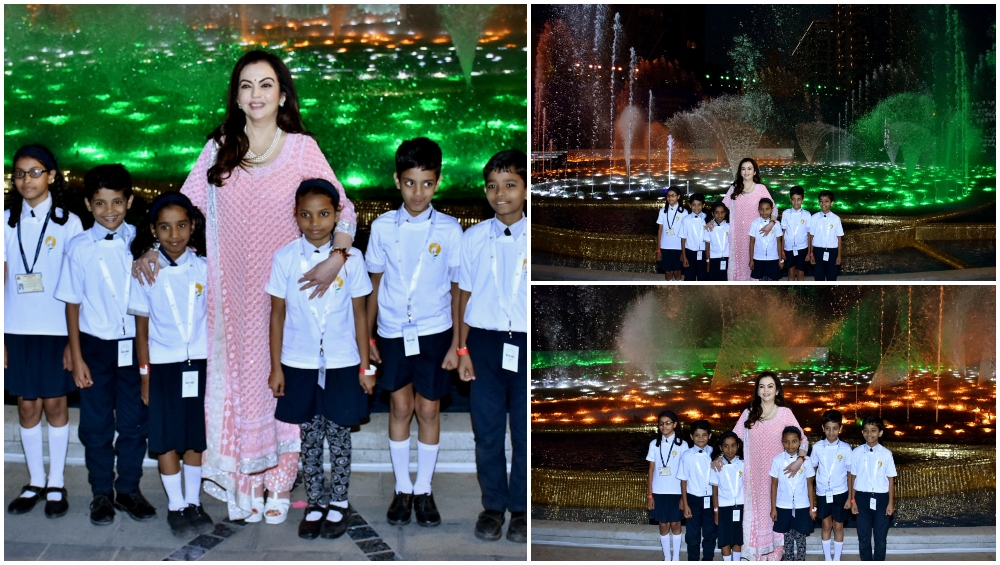 The family was also seen serving dinner to their special guests: 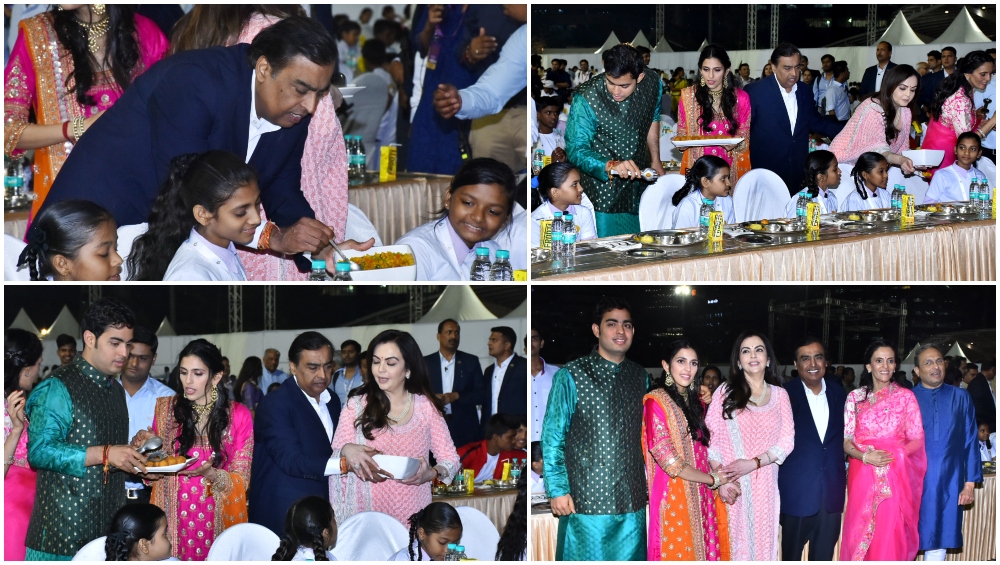 The families attending to the children (Photo Credits: Yogen Shah)

The festivities simply do not seem to cease at the Ambanis, not that we want them to. Next up in the family is Akash Ambani and Shloka Mehta's wedding, that will take place 3 days later, i.e. March 9. The pair just last week, returned from their pre-wedding bash in St. Moritz,Switzerland.