According to Guru Dr. Narottam Pujari, astrology can to some extent help in changing the course of your life and unfavorable situations that might arise in the future which can be prevented by remedial measures suggested by a knowledgeable astrologer. 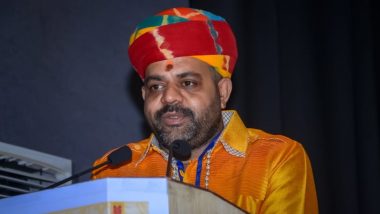 Horoscope gives the foresight of the future and helps one prepare for outcomes beforehand.

Astrology has gained much prominence today as it has the power to reveal different important aspects of one's life. One can be ready to face the challenges that are slated to come up in the future and be well-prepared to deal with its consequences. There are also alternative ways to suppress the ill effects that may come up by using a few methods which any astrologer who has in depth knowledge about the subject can guide a person with.

"With the help of astrology, one can understand more about their own selves and identify their strengths and weaknesses to come out of any tricky situation. It helps a person imbibe clarity, optimism and hope about what's in store for them and gives them confidence to fight the gravest of situations seamlessly, that's the power of astrology," says Guru Dr. Narottam Pujari who is an expert in Astrology, Horoscope and Vastu Shastra and guides people from his base at Salasar Balaji Mandir in Rajasthan.

He is a Vedic expert and has to his credit various books written on the subject of astrology and Vastu Shastra which have been widely acclaimed. His immense knowledge has got him much recognition, having won numerous awards for his outstanding work.

According to Guru Dr. Narottam Pujari, astrology can to some extent help in changing the course of your life and unfavorable situations that might arise in the future which can be prevented by remedial measures suggested by a knowledgeable astrologer.

Following an astrologers' advice might work to some extent, but one's deeds also play a crucial role in changing one's destiny. Many negative spheres in a person's life can be changed and improved through astrological measures, which have given proven results since time.

To get positive results one needs the guidance of a learned astrologer like Guru Dr. Narottam Pujari, who has solved or eliminated almost all types of problems, negativities and obstacles pertaining to various spheres of life. So far, he has served many people across the country through his ingenious and unmatched astrology services. Anyone who wants to get rid of their troubles and make life easy has an option to change their destiny to some extent with the help of astrology.