When Vishal Choudhary came to know about social messaging app Facebook, he had disillusioned and wanted to look for ideas to get into the world of digital marketing, he knew that he were passionate about making internet solutions more viable for small businesses, but he didn't know how. 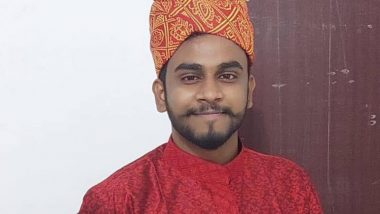 Have you ever pondered what is the similarity in person across the world who has ever tasted success? It is the courage to go on a path that he have faith in, even after being broke from all ends. Man of grit and determination fight all odds to give his best each time, coming from one of the most resource stricken states in India, is this story of the founders of digital marketer agency, the dream design development website of two young men, Vishal Choudhary 23 years old who hails from a small town in Bihar.

His life story is no less than the plot of a movie where small town believers set out to finding passions and carving a name for him, the only difference that stands is, that he choose such a platform to be known which was never explored ever in his surroundings.

When Vishal Choudhary came to know about social messaging app Facebook, he had disillusioned and wanted to look for ideas to get into the world of digital marketing, he knew that he were passionate about making internet solutions more viable for small businesses, but he didn't know how.

It was when he started to discuss and try his hands into services as little as designing a poster to something as technical as designing a website, that he found real interests and expertise.

But even after practising and self learning new ways of marketing and connecting on the internet, he had to constantly emerge with new formats to stay relevant, but even due to enormous pressure of trying something unconventional, Vishal Choudhary did not give up, rather, he worked perpetually, and after landing scores of successful clients and facing all his fears in the eye, he finally launched website which has the most lucrative and eye catching design building options.

Vishal Choudhary have voluntarily choosen to give quality design services at the most cheapest costs because he want to be feasible for beginners or people with lesser resources to avail options to choose from, he is exemplary to staying grounded on the face of success, when asked about his biggest motivation towards his digital agency, he resounded in unison that whatever he build on the web will always be catered to the masses in India who face lack of opportunities because of being born at a certain place, with a wide vision of changing the scope of how people from small towns are viewed and making digital marketing a reality for aspirants and influencers, when everyone in the world today is caught up in the cycle of making a living for himselves, he following his hearts desire to make digital solutions, a reality in every nook and corner of the country.

Both Shrwan and Sunil have goals that are inclined towards building such infrastructure in his places of origin, through which several other budding digital marketers can set up his own online businesses, his dream is similar, to be able to leverage his design business to each individual who is looking for a push to his digital career.

Such antecedents are necessary to be recalled to understand that long term growth is only possible when you have a picture that has space for not only your own dreams, but dreams of the masses as a whole, both these men are excellent examples of such vision.