Did you know the majority of people across the world don’t actually love their 9-5 jobs? They work for the illusion of job security and because no one ever told them any different. The truth is, jobs provide a source of income but they don’t help anyone get ahead. 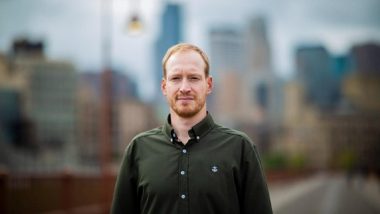 Did you know the majority of people across the world don’t actually love their 9-5 jobs? They work for the illusion of job security and because no one ever told them any different. The truth is, jobs provide a source of income but they don’t help anyone get ahead. People end up wasting their most precious resource (time) in the office while getting very little pay and sacrificing their happiness.

What people don’t realize: there is a better way. This is the realization that Evan G. Johnson came to. He has an inspiring journey of self-discovery that leads to the ultimate path of financial freedom and personal happiness.

Who Exactly Is Evan G. Johnson?

Evan G. Johnson is an Entrepreneur who loves helping people make money from their phones or laptop, so they can do more of what they love. After high school, Evan proudly served his country in the Marines as an Air Traffic Controller for 5 years. After being discharged, Evan got a job in Corporate America and went to college. He quickly realized this would never make him happy. Every day, of the two years he spent working there, he became more and more depressed.

Working a 9-5 job was clearly not for him, but what to do about it?

One day, Evan decided enough was enough. He went to Google and searched “How To Make Money Online.” He was determined to figure out how people were traveling and making money from a smartphone and laptop. After trying a few things, it turned out he was good at it. Not only did he have a passion for it, but he loves helping others do the same. To Evan, there is nothing more fulfilling than when others have the same “lightbulb moment” he had.

Evan’s success has not been a walk in the park. Like everything in life, there have been some challenges. Evan is an introvert and has always identified as a “shy” guy. There were some limiting beliefs he had about himself and the abilities he needed to overcome. After being introduced to personal development, he realized “being shy” was just a story that can be rewritten at any time. As he began to change his patterns of thinking and invest in his skills, the more confident he became. It soon became clear to Evan that he found his purpose.

The Secret Behind Evan’s Success

To Evan, success is a frequency. This can look and feel different for everyone and it doesn’t always come easy. Evan had to work for it by embracing the following virtues:

Evan’s secret sauce: help as many people as you can and the universe will bless you with abundance in return. His favorite success quote is "Help enough people get what they want, and you can have everything in life you want” said by the late great Zig Ziglar.

Consistency is the most important because there will be failures along the way. If you keep going, even when you don’t “feel” like it, you will become unstoppable. Consistency is where the magic happens: you’ll notice people, resources, money, and opportunities will come out of nowhere to help you! When Evan decided to break free and become self-employed, he would purposely spend most of his time online doing research and learning/mastering valuable skills.

Evan says the # 1 thing that determines someone’s success is their ability to energize and inspire others to take action! Truly believing in what you do and what you have to offer will bring your passion to the surface along with the energy to make it happen. Remember, being raw and real will help you get real results.