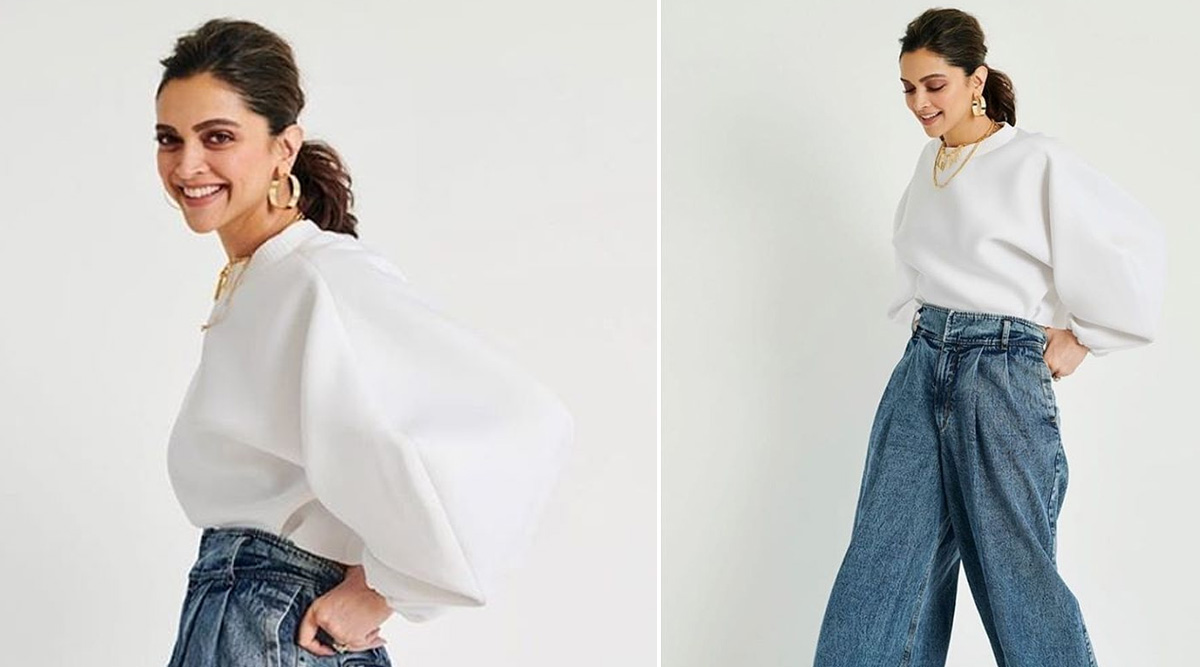 Deepika Padukone has been in the news for several reasons recently, from her recent JNU visit that became national news to her recent release Chhapaak. The actress impressed critics with her performance in the film as an acid attack survivor. Deepika is still promoting her film and recently also made an appearance at the pre-match discussion of India Vs Australia ODI in Mumbai. Before stepping out for the shoot, Deepika shared a few pictures on Instagram revealing her look of the day and it was indeed quite impressive. Deepika Padukone Receives Flak Again, Trolls Demand Chhapaak Actress' Removal as the Face of Lux.

The actress went with the classic combination of denims and white. The Chhapaak star wore a white blouse along with blue boyfriend jeans. She accessorised the look with chunky gold hoops and a neckpiece. On her Instagram, Deepika shared a series of pictures where she's all smiles and it almost seemed like she's making a strong statement to all the haters who are currently speaking up against her and the film. Check Out Deepika's pictures here. Deepika Padukone Makes a Dazzling Appearance In Yellow as She Attends a Photography Exhibition (View Pics).

As for Deepika's Cricket connection, let's not forget Deepika is a part of the film 83 which traces the journey of India's 1983 world cup win. The film stars her in the role of Kapil Dev's wife while Ranveer essays the role of the legendary cricketer. The film directed by Kabir Khan is all set to release on April 10, 2020.