The Dishoom actress who's currently on a signing spree in Bollywood was seen gracing the occasion in a dull grey Picchika dress - a brand that's currently everyone's favourite. 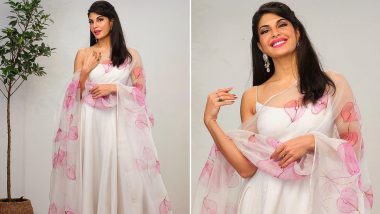 Jacqueline Fernandez recently stepped out to attend an event and looked marvellous as usual. The Dishoom actress who's currently on a signing spree in Bollywood was seen gracing the occasion in a dull grey Picchika dress - a brand that's currently everyone's favourite. While our B-town ladies are obsessed with the brand's organza sarees, Jacqueline decided to pick their traditional dress instead. Styled by Chandni Whabi, she oozed elegance through her outing and we are certainly amazed by her #ootd. Jacqueline Fernandez Is Having a Pink Pyjama Moment With Her Cat!

Jacqueline's spaghetti strap silk gown was paired with a silk organza dupatta that had hand-painted flamingo flowers on it. While her attire was extremely simple, she kept her styling equally sober. With her hair left open and extremely subtle makeup, she was able to elevate her look further. Jacqueline further paired her look with no jewellery but simple earrings. She did look radiant in her outfit and we can't stop raving about her choice. A brilliant choice by her team, Jackie deserves a 10/10 for her attempt. Jacqueline Fernandez Takes Turkey by Storm in her New Photoshoot for Elle India (View Pics). 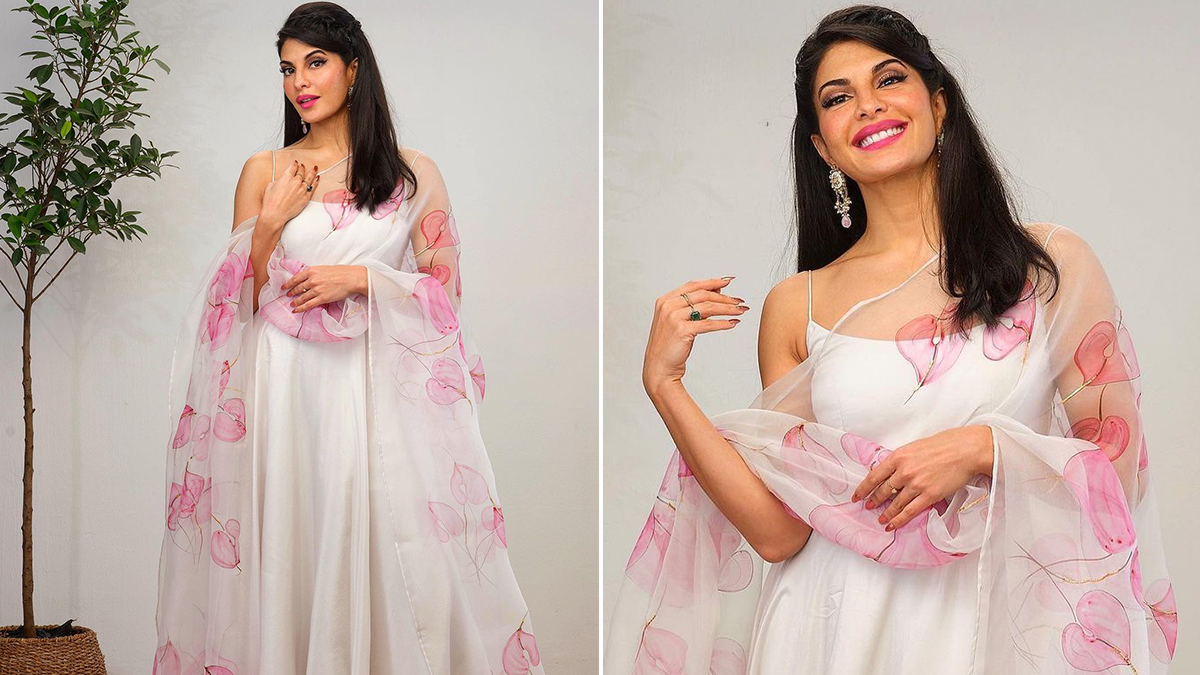 Jacqueline was currently shooting for Ram Setu with Akshay Kumar when he tested positive for COVID-19. Post which, the unit had to return to the city and get themselves quarantined. The actress will be next seen in Attack with John Abraham which is touted to be an Independence Day release. Besides this, she also has Cirkus with Ranveer Singh, Kick 2 with Salman Khan and Bhoot Police with Saif Ali Khan, Arjun Kapoor.

(The above story first appeared on LatestLY on Apr 15, 2021 09:03 PM IST. For more news and updates on politics, world, sports, entertainment and lifestyle, log on to our website latestly.com).