Kirti Kulhari Is Tres Chic, Warm as a Cinnamon in This Fun Photoshoot! 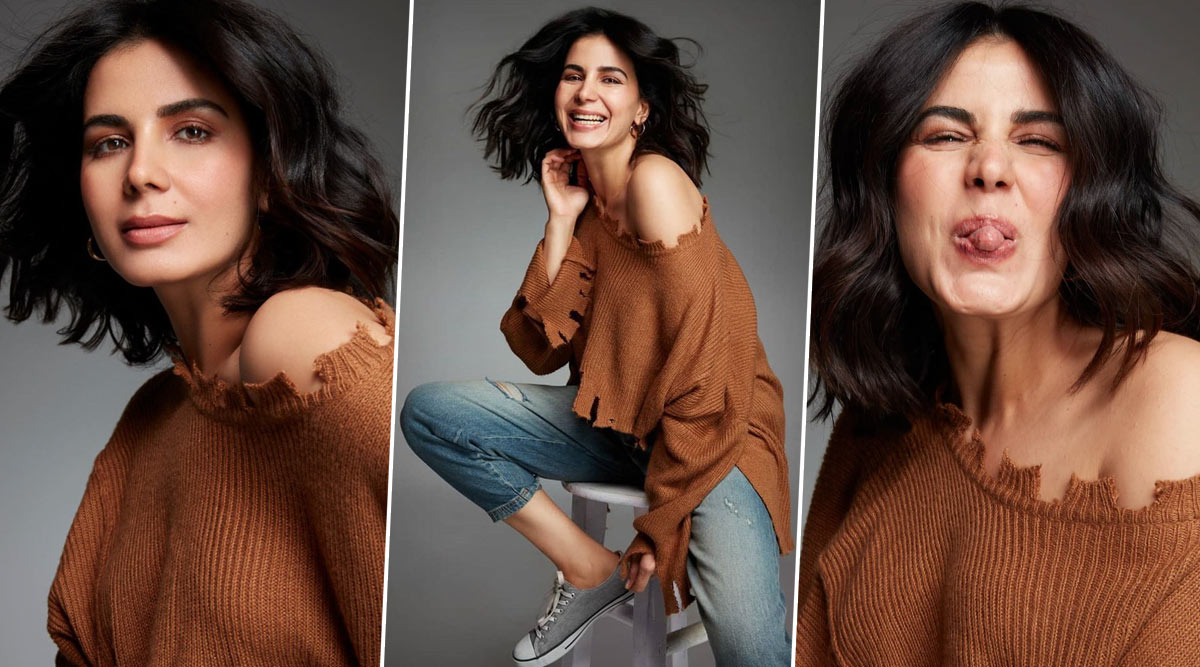 She regaled us as Parminder in Khichdi and then threw a curveball with a slew of unconventional roles, Pink, Mission Mangal, Uri: The Surgical Strike, Jal and Indu Sarkar. Kirti also made a foray into the digital zone with the role of Anjana Menon in the Amazon Prime Original series, Four More Shots Please! and as Jannat in Netflix's Bard Of Blood. On the fashion front, Kirti's fashion game is minimalist chic and effortlessly endearing. Not the one to blindly follow trends, Kriti swears by ethnics, crisp ensembles and carefree ones with hints of bohemia. Blessed with flawless skin and a short haircut framing her pretty face, Kirti turns into a designer's muse and a stylist's delight instantly. A recent photoshoot saw Kriti getting her casual style on fleek all whilst being her usual stunning self, grinning and goofing around.

The photoshoot was styled by Pranita Shetty with glam helmed by Elisha Bhambani Agarwal and lensed by Rahul Jhangiani. Here's a closer look. Kirti Kulhari on Life After Four More Shots Please: ‘I Feel So Much Freer as a Person and as an Actor’.

A rusty brown double ribbed sweater from Appapop was teamed with cropped and distressed denim, grey canvas shoes and delicate hoops. Textured wavy hair and nude glam completed her vibe. Kirti Kulhari to Play a Cop in Parineeti Chopra’s ‘The Girl on the Train’ Remake.

On the professional front, Kirti will be seen as the British cop, Aaliya Shergill in the Parineeti Chopra starrer, The Girl On The Train, a mystery thriller directed by Ribhu Dasgupta and produced under the banner of Reliance Entertainment. The film features Parineeti Chopra playing the role of an alcoholic divorcee who gets embroiled in a missing person’s investigation.