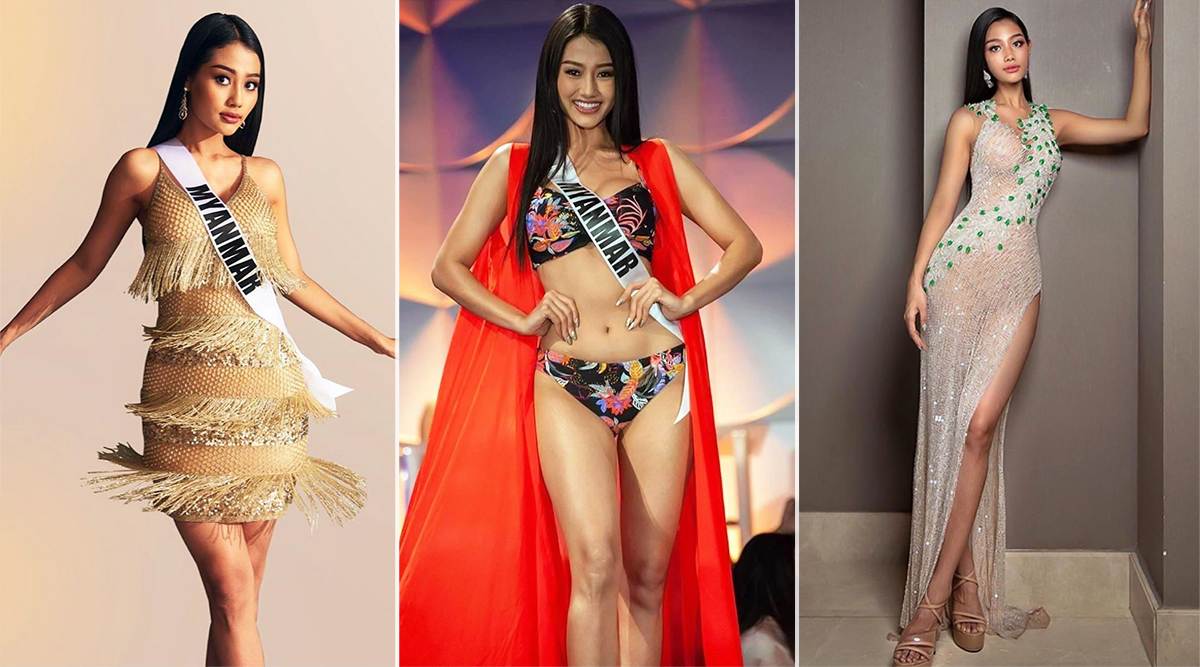 Who is Swe Zin Htet?

Swe Zin Htet us a Burmese model and beauty pageant titleholder who was crowned Miss Universe Myanmar 2019. Her pageantry career began in 2016 when she won Miss Supranational Myanmar 2016. In November 2019, Htet came out as a lesbian through her Instagram. With her revelation, the 21-year-old became the first openly lesbian to compete in Miss Universe.

Htet in Evening Gown for Miss Universe 2019 Preliminary Round:

A few days before the grand event, Htet came out about her sexuality on the beauty blog Missosology on November 29, 2019. She further revealed that she is in a three-year relationship with popular Burmese singer Gae Gae. Miss Universe 2019 Contestants Slip on Wet Stage During the Bikini Round of 68th Edition of Beauty Pageant.

Slayer for the Swimsuit Round:

The reason Htet came out so late is because of Myanmar’s strict policy against LGBTQ+ people and also she believes that Miss Universe’s platform will help to throw a larger impact. The Miss Universe Myanmar 2019 was quoted in People, “I have that platform that, if I say that I’m a lesbian, it will have a big impact on the LGBTQ community back in Burma.” She added, “The difficult thing is that in Burma, LGBTQ people are not accepted. They are looked down on by other people and are being discriminated against.” Miss Universe 2019 Live Voting: How to Vote for Your Favourite Contestant?

Htet has been getting support from fellow Miss Universe contestants, pageant organisers, and the LGBTQ+ community in Burma and also all over the world. Paula Shugart, president of The Miss Universe Organisation, told People, “We are honored to give a platform to strong, inspirational women like Miss Universe Myanmar, who are brave enough to share their unique stories with the world. Miss Universe will always champion women to be proud of who they are.”

Htet for the National Costume Competition:

Fans have nicknamed Htet Superman. But the majority of Myanmar is not accepting members of the LGBTQ+ community. They are verbally teased and beaten. Myanmar Times stated that same-sex relations in the country carry sentences ranging from 10 years to life in prison. Even after so many challenges back in her home, Htet’s continuous to reign the ramp. The crowd appreciated all her looks at the Miss Universe 2019 preliminary competition. And we hope she slays the ramp tonight at Atlanta.