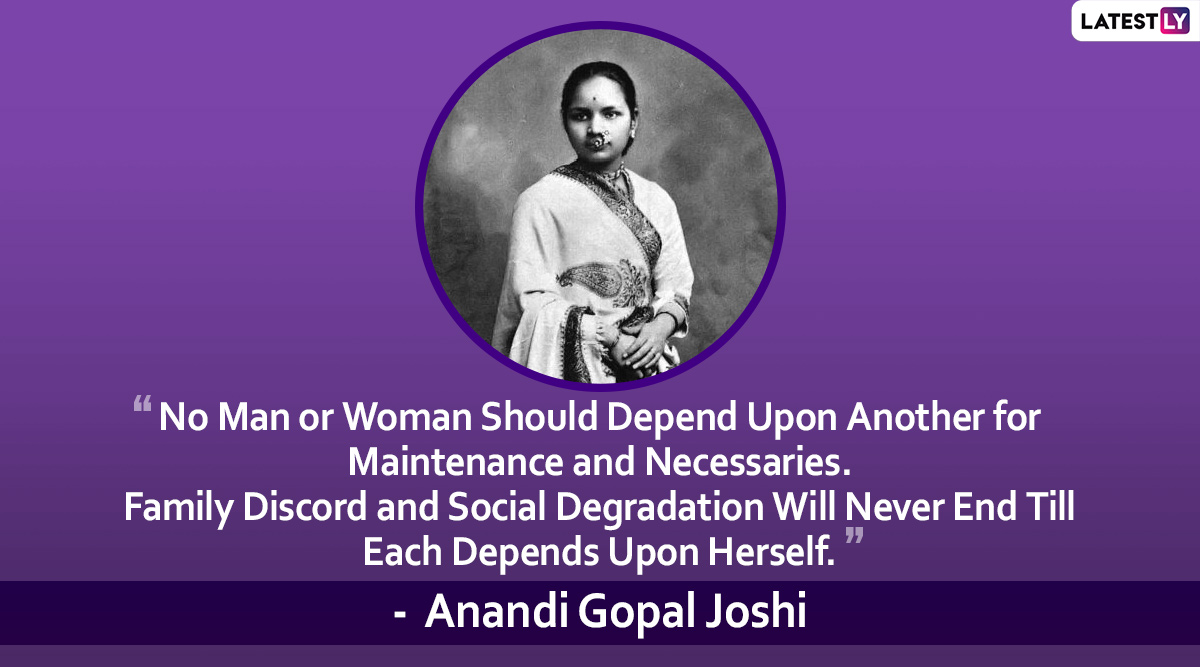 Anandi Gopal Joshi was India's first female doctor. She was born on March 31, 1865, in Kalyan, present-day is Thane district of Maharashtra. She was born at a time when most women in the country did not receive an education. However, Anandi graduated from the Women's Medical College of Pennsylvania in 1885, thus becoming the first Indian women to obtain a degree in western medicine. However, she died at a young age of 21 on February 26, 1887, due to tuberculosis not being able to fulfil her dream of starting a medical college for women. As we observe Anandi Joshi's death anniversary, we have compiled a list of popular quotes by her. 7 Things To Know About India's First Female Doctor, Anandi Gopal Joshi.

She was married at the age of nine to a man 20 years older than her. Her original name was the Yamuna which her husband changed to Gopalrao Joshi. She had her first child at 14 which died a few days later due to an illness. It was this incident that made her think about pursuing a career in medicine so that she could save lives. Her husband, a postal clerk, Gopalrao Joshi encourage her to pursue her dream and taught her to read and write. However, her idea was condemned by society and was also threatened with ex-communication.

"No Man or Woman Should Depend Upon Another for Maintenance and Necessaries. Family Discord and Social Degradation Will Never End Till Each Depends Upon Herself." - Anandi Gopal Joshi 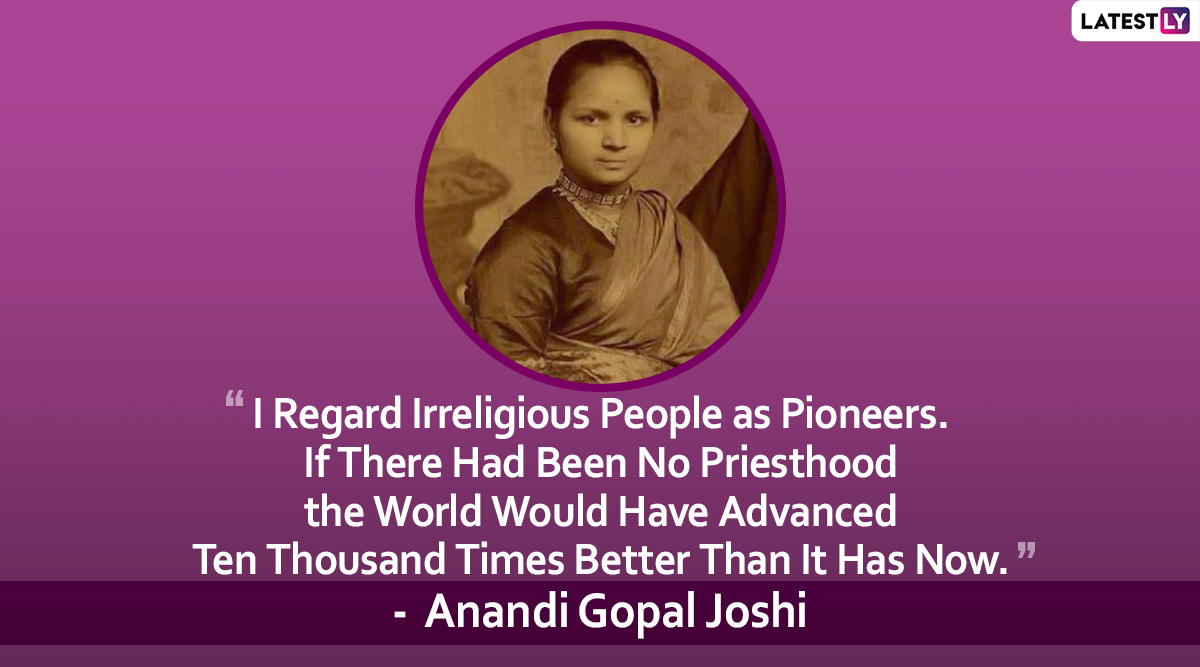 "I Regard Irreligious People as Pioneers. If There Had Been No Priesthood the World Would Have Advanced Ten Thousand Times Better Than It Has Now." - Anandi Gopal Joshi 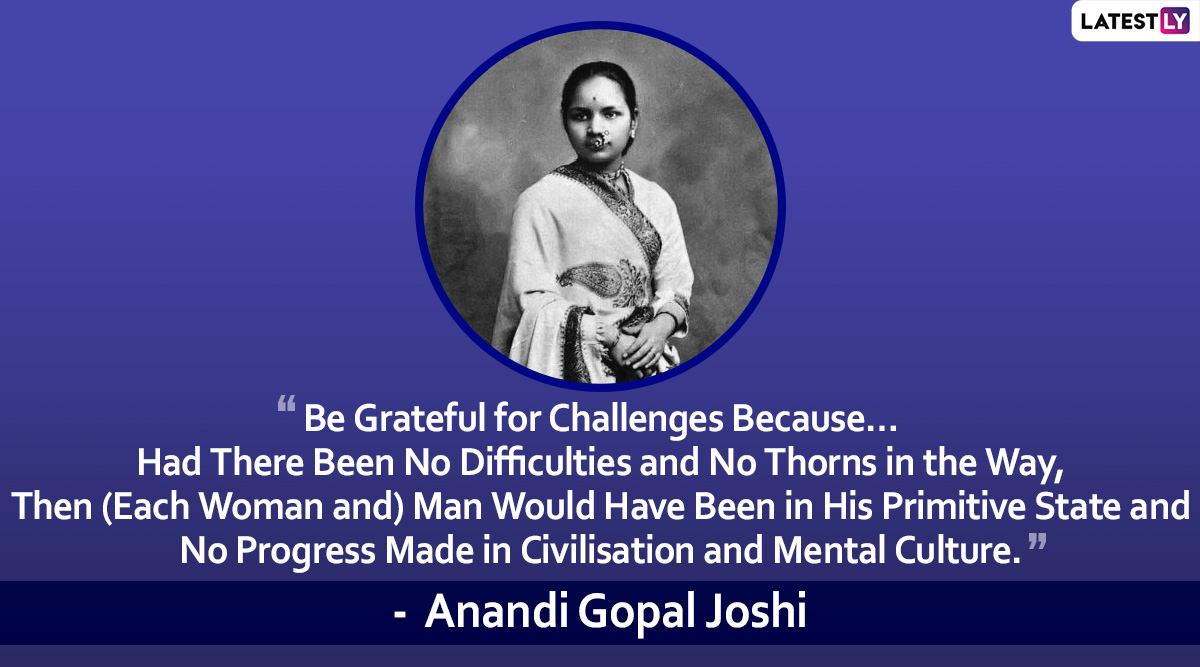 "Be Grateful for Challenges Because… Had There Been No Difficulties and No Thorns in the Way, Then (Each Woman and) Man Would Have Been in His Primitive State and No Progress Made in Civilisation and Mental Culture." - Anandi Gopal Joshi

However, she graduated and the college’s dean wrote of her achievement to Queen Victoria, who was also then the Empress of India. Victoria reportedly wrote a congratulatory message in response. Anandi returned to India in 1886 and was appointed the physician in charge of the women's ward at Albert Edward Hospital in Kolhapur. But she could not live long and died at quite an early age.