Cinco De Mayo Facts: Know History and Significance About The Battle of Puebla in Mexico

It is also called as the Anniversary of the Battle of Puebla, which marks the victory of the Mexican army over the French forces of Napolean III in the year 1862. 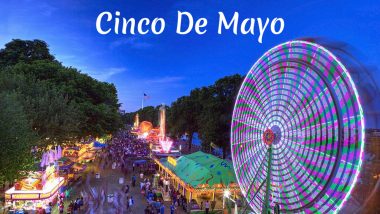 Cinco De Mayo is a historic occasion of the celebration for the Mexicans. Cinco de Mayo in Spanish means the Fifth of May. It is also called as the Anniversary of the Battle of Puebla, which marks the victory of the Mexican army over the French forces of Napolean III in the year 1862. The fifth of May is thus a celebrated holiday celebrated in parts if US and Mexico. Over the years it has evolved into a commemoration of Mexican culture and heritage. People with large populations of Mexican-American's mark this day. Mexico Arrests, Deports Migrants Who Rushed US Border in Protest.

Benito Juárez, a lawyer and member of the indigenous Zapotec tribe was elected as the president of Mexico. As a new member to the position, he had to deal with debt payments to the European governments. At that time France, Britain and Spain sent their naval forces demanding repayment. While Britain and Spain negotiated and headed back, France did not. Under the leadership of Napolean III, they used their military power to annex Mexico. This war began in 1861.

The French troops were sure about their victory and decided to attack Puebla de Los Angeles, a small town in east-central Mexico. But under the leadership of Texas-born General Ignacio Zaragoza an army of Mexicans fought against the French troops, killing nearly 1000 of them. The French eventually retreated on May 5. And this day is thus marked as a sign of Zaragoza success in the Battle of Puebla. Later in the year 1867, with the help of military support and political pressure from US, the French withdrew from the country. Donald Trump Demands Funding for US-Mexico Border Wall to End Growing Humanitarian Crisis.

People mark their celebrations for the day by taking out Cinco De Mayo parades. People dress up in traditional clothes, women adorn colourful gowns and be a part of this procession and parades.

(The above story first appeared on LatestLY on May 05, 2019 11:00 AM IST. For more news and updates on politics, world, sports, entertainment and lifestyle, log on to our website latestly.com).