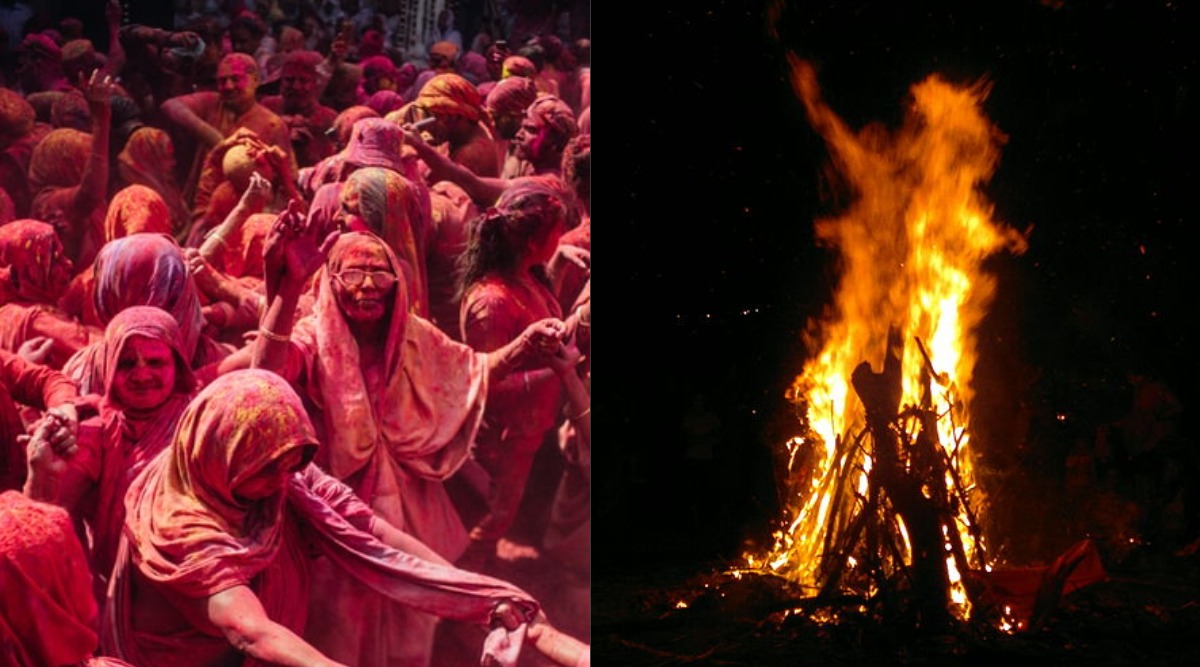 Holi is a Hindu festival celebrated in welcome of spring. On the first day of Holi, people light a pyre and throw all old things into and a few customs are observed. One the second day of Holi, people smear colours on each other enjoying the festival. Choti Holi or Holika Dahan 2020 will be observed on March 9 and the next day called Badi Holi or Dhulandi will be celebrated on March 10. Holi is rightly called the festival of colours for all the right reasons. As Holi 2020 approaches, we bring to you the significance, mythology and celebrations related to the observance. Happy Holi 2020 Wishes in Advance: WhatsApp Stickers, GIF Images, Holika Dahan Messages, Greetings to Send Ahead of Festival of Colours.

According to the popular Hindu legend, King Hiranyakashipu considered him to be God and wanted everyone to worship him. But his own son who was a loyal devotee of Lord Vishnu disagreed to his decision which angered him. The King in return decided to kill his son.  He asked his sister Holika to sit in a fire with Prahlad in her lap. But the fire did no harm to Prahlad as Lord Vishnu saved him, instead, Holika died in the fire. Holi 2020 Interesting Facts: Things About The Indian Festival of Colours That You Didn't Know Of.

Hence, a pyre is lit a day ahead of Holi signifying the mythological story. People also offer prayers ahead of this ceremonial act. The bonfire is believed to symbolise burning away of the evil things thus ushering in goodness and blessings. The next day which is Holi sees large scale celebrations in India and places where the Indian community resides. People come out of their houses and smear colours on each other marking the festival. Bhang, an intoxicating drink made with cannabis is quite popular on this day. People drink it and dance to loud music. Special food items prepared on this day include e Gujiya and Puran Poli. We wish everyone planning to celebrate the festival a Happy and safe Holi!