To mark International Day for the Abolition of Slavery 2020, we bring you some powerful quotes and slogans. These sayings, Instagram captions and HD images will allow you to create awareness on modern slavery. 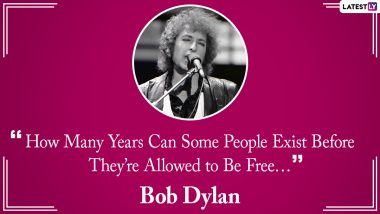 The International Day for the Abolition of Slavery 2020 is on December 2. An annual event, the day was organised since 1986 by the United Nations General Assembly. Many people worldwide are victims of modern slavery. It is an umbrella term covering practices such as forced labour, debt bondage, forced marriage and human trafficking. Essentially, it refers to situations of exploitation that a person cannot refuse or leave because of threats, violence, or abuse of power. To mark the day, we bring you some powerful quotes and slogans. These sayings, Instagram captions and HD images will allow you to create awareness on modern slavery. Let us check out the International Day for the Abolition of Slavery 2020 quotes and inspirational sayings.

The United Nations is committed to fighting against slavery and considers bonded labour, forced labour, the worst forms of child labour and trafficking people as modern forms of slavery. The day also recalls the adoption of the UN Convention for the Suppression of the Traffic in Persons and the Exploitation of the Prostitution of Others. It was approved on December 2, 1949, by the UN General Assembly and since then, the day is observed to mark the anniversary of the convention and also fight back against modern slavery and put an end on it. Check out International Day for the Abolition of Slavery 2020 quotes, powerful sayings, slogans and HD images to share on social media and create awareness. 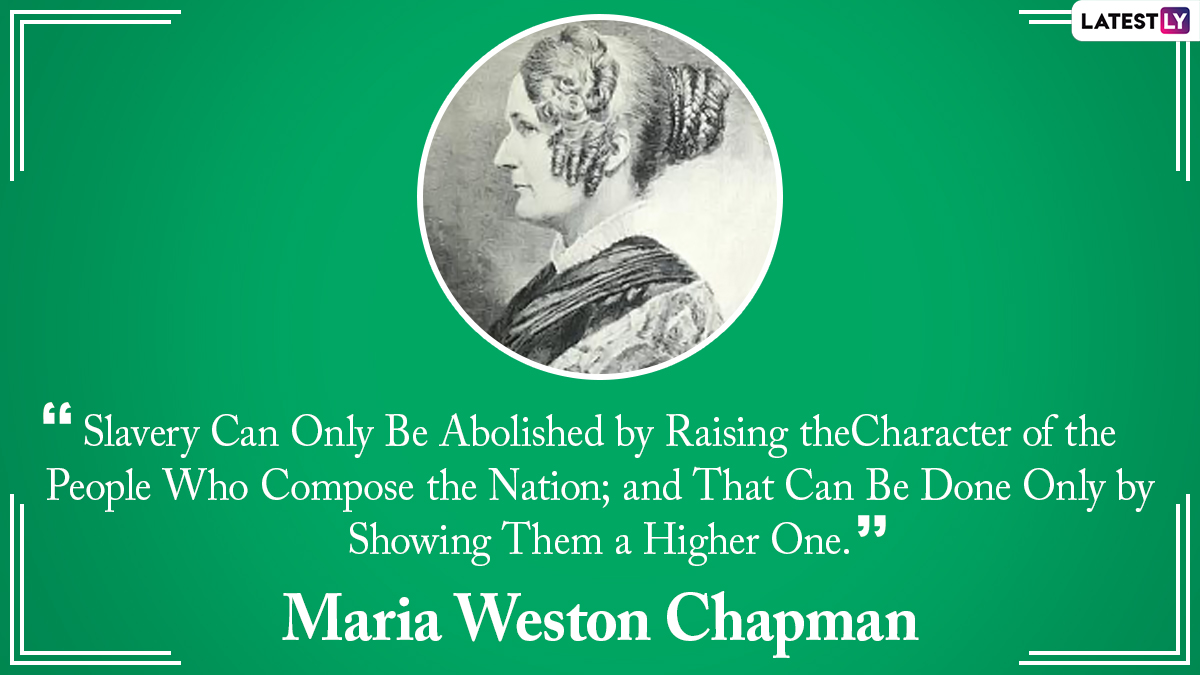 “Slavery Can Only Be Abolished by Raising the Character of the People Who Compose the Nation; and That Can Be Done Only by Showing Them a Higher One.” Maria Weston Chapman 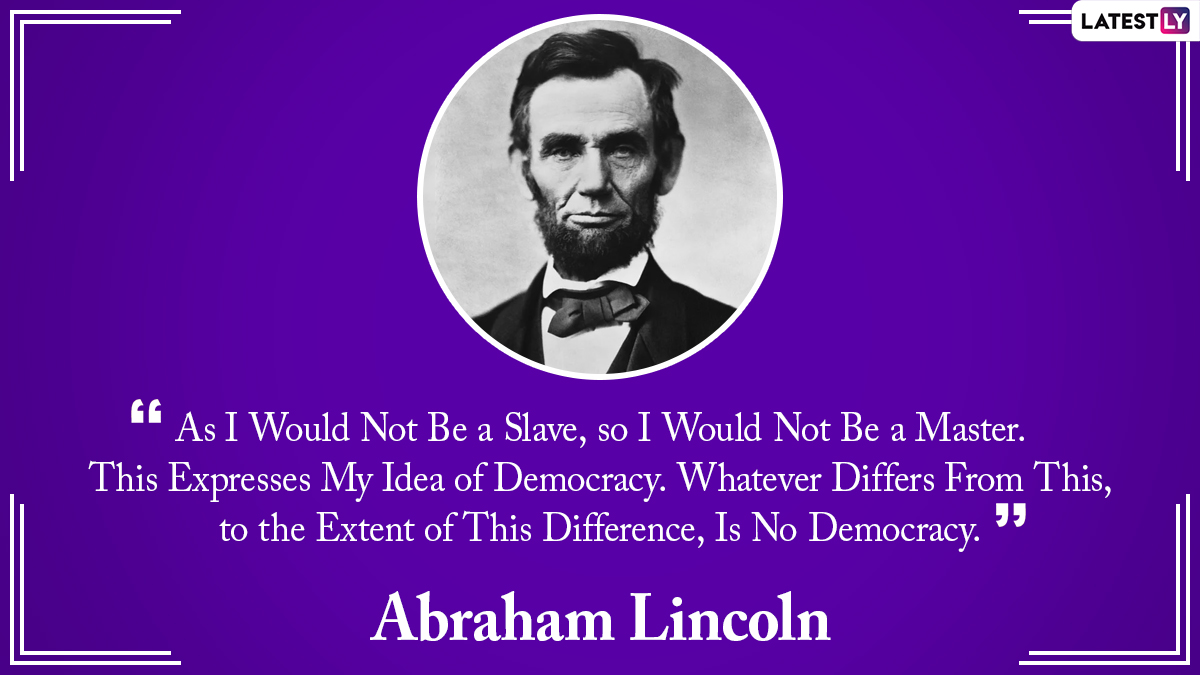 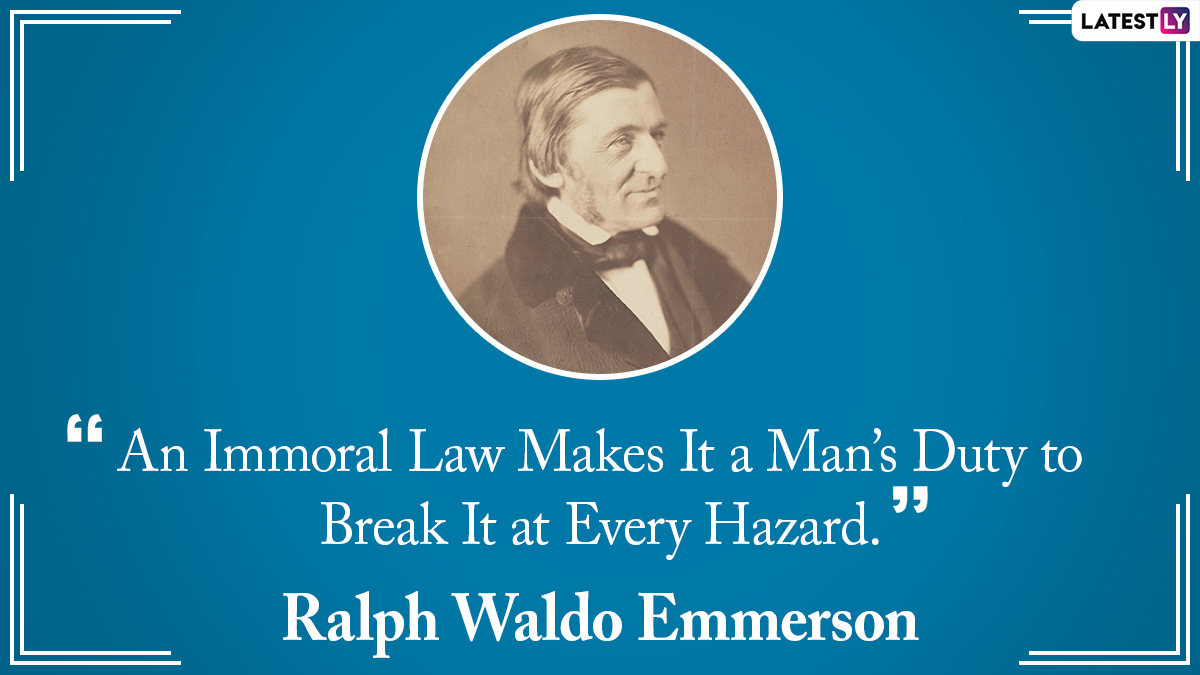 “An Immoral Law Makes It a Man’s Duty to Break It at Every Hazard.” Ralph Waldo Emmerson 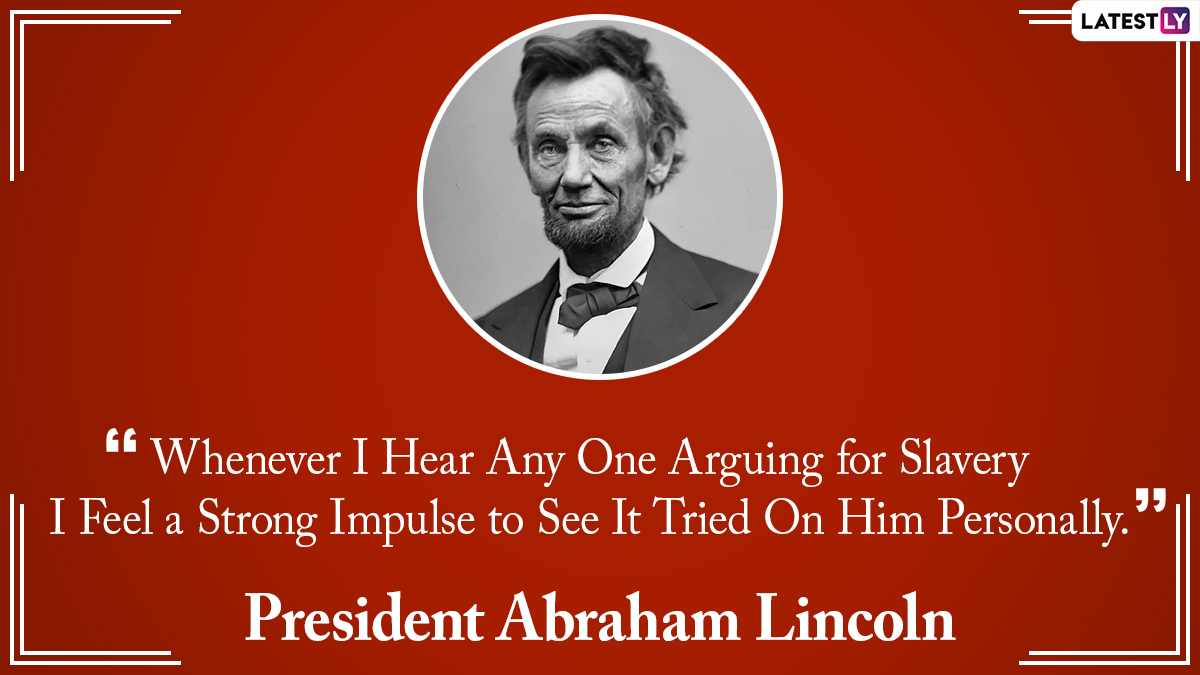 “Whenever I Hear Any One Arguing for Slavery I Feel a Strong Impulse to See It Tried On Him Personally.” President Abraham Lincoln 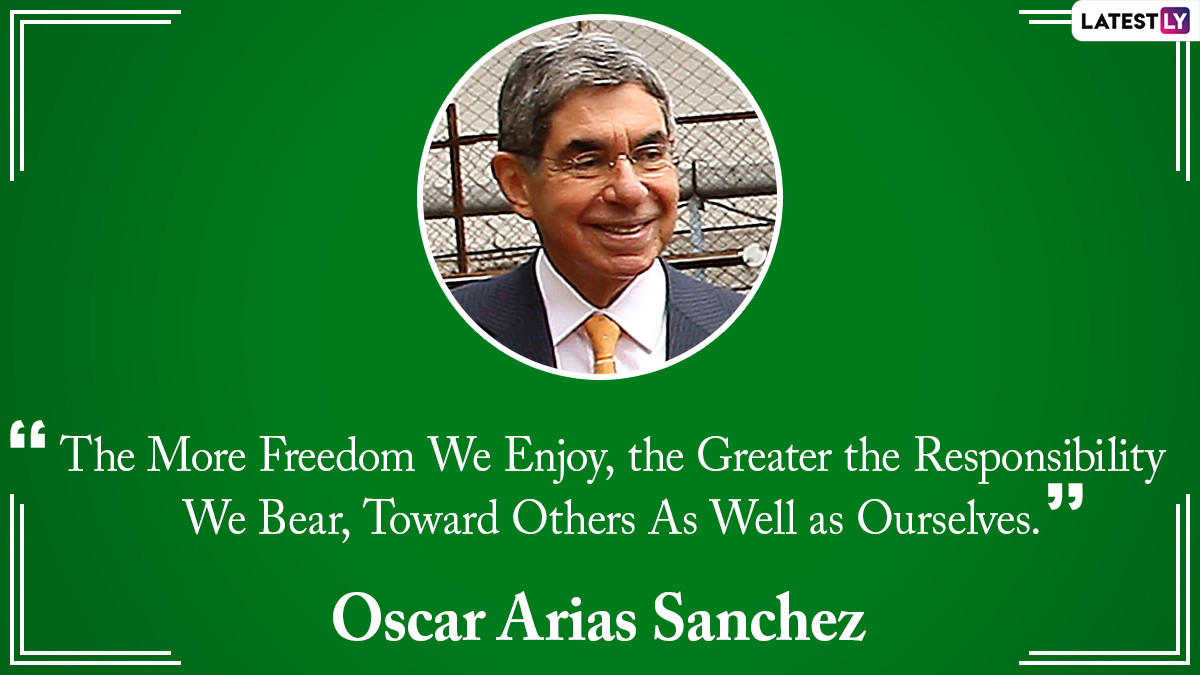 “The More Freedom We Enjoy, the Greater the Responsibility We Bear, Toward Others As Well as Ourselves.” Oscar Arias Sanchez 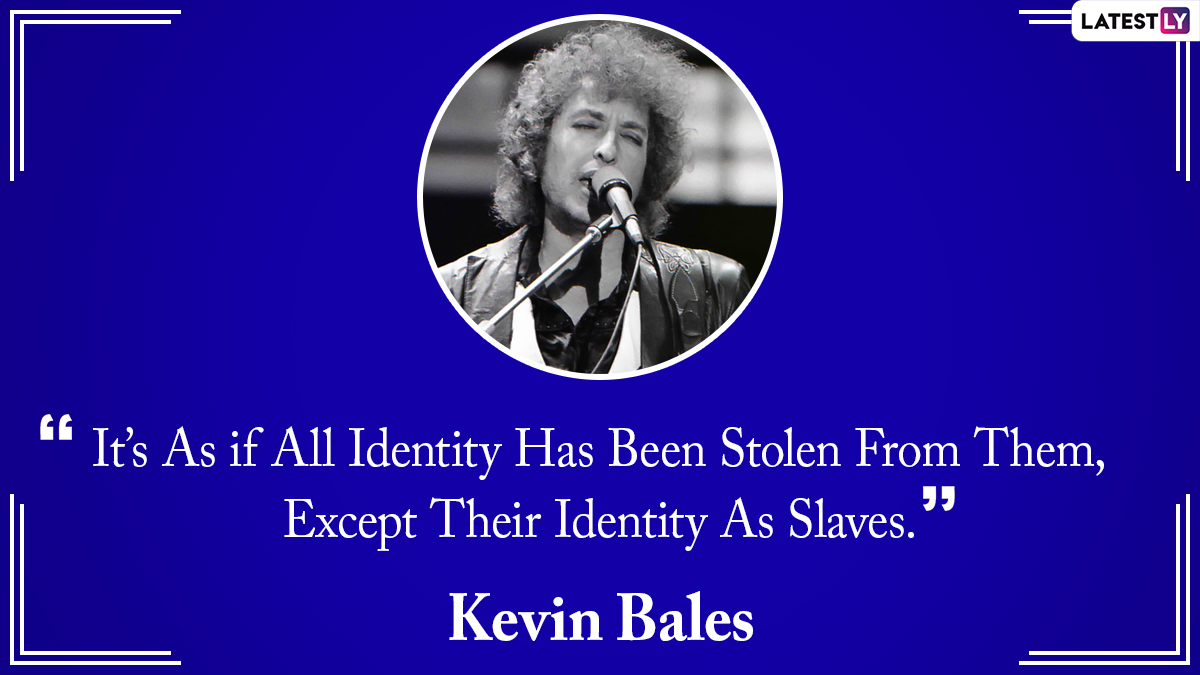 “It’s As if All Identity Has Been Stolen From Them, Except Their Identity As Slaves.” Kevin Bales 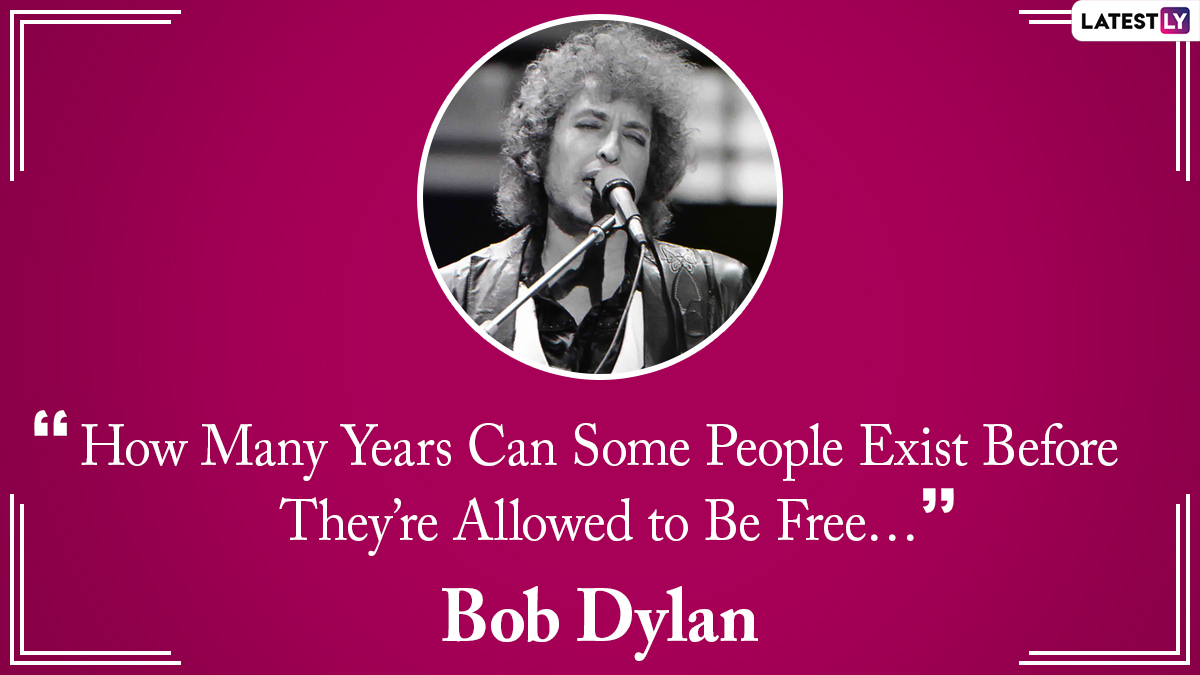 Once all forms of slavery would be ended, countries across the world will be a much better place as compared to the current times. Learn more about modern slavery and generate awareness among your family members and communities to end and free the victims.

(The above story first appeared on LatestLY on Dec 02, 2020 08:02 AM IST. For more news and updates on politics, world, sports, entertainment and lifestyle, log on to our website latestly.com).