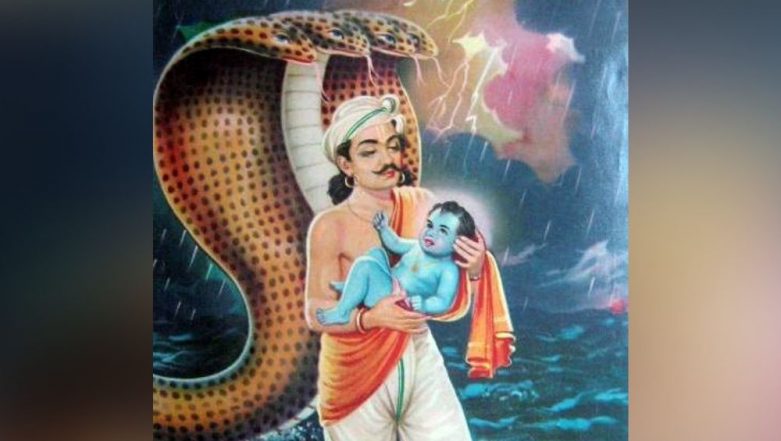 Janmashtami is the celebration of Lord Krishna’s birth. He was born in Mathura in northern India, on the eighth day or Ashtami of Krishna Paksha in Shravan month. Janmashtami 2019 date falls on August 24. Known by names such as Janardhana, Mukunda and Satchitananda, Krishna is a supreme godhead in Hinduism and a central figure in the Bhagavad Gita. He is considered the eighth avatar of Lord Vishnu, one of the three principal deities in Hinduism apart from Shiva and Brahma. Said to be born in 3,228 BCE, Lord Krishna was brought up in a cow-herding family by Nanda and Yashoda in Gokul. This is the story of Lord Krishna’s birth. Krishna Janmashtami: What Is The Significance of Lord Krishna’s Birth in Hinduism and Why Is It Celebrated?

Born in a chaotic time, Krishna was sent as a saviour when the world was steeped in great evil. As implied in the Bhagavad Gita, Lord Vishnu incarnates in a human form every time the world descends into chaos to restore dharma.

Although Krishna was brought up in a cowherd family by Nanda and Yashoda of Gokul, he was born to Yadava prince Vasudeva and his wife Devaki. During Devaki and Vasudeva’s wedding, their chariot was driven by her cousin King Kamsa, a tyrant who imprisoned his father Ugrasena and usurped the throne. At that very moment, a voice boomed from the skies: “Devaki’s eight child will be the cause of your death. Oh Kamsa!” Lord Krishna and His 108 Names With Meanings in Hindi & English! From Govinda to Vasudeva, Chant These on Janmashtami!

Kamsa grabbed Devaki by the hair at once, ready to strike a blow with his sword. Vasudeva intervened on time and begged Kamsa to spare her. Vasudeva promised Kamsa that he would hand over each of their children to him if he spared Devaki.

Kamsa agreed but not before imprisoning Devaki and Vasudeva in the dungeons. Every time a child was born to them, Kamsa would kill each of them by smashing their heads against the wall.

After having killed seven of Vasudeva and Devaki’s children, Kamsa was gearing up to kill the eighth, the child prophesied to kill him. But the gods had a different plan.

A Rainy Night in the Month of Shravana

Devaki was worried about the fate of the unborn child as she spent her days in the dungeon. One stormy night, her eighth child was born. Heavy rains lashed outside, and the Yamuna overflowed. But the birth of the child set off a series of divine events. The dungeon was flooded with a celestial light. A voice from the heavens told Vasudeva: “Take your newborn son to Nanda and Yashoda in Gokul. He will be safe there. Yashoda has given birth to a daughter. Switch the children’s places.”

Vasudeva was flummoxed to find the prison guards asleep, as if they had fallen prey to a magical spell. He opened the prison doors and headed out in the torrential rains. 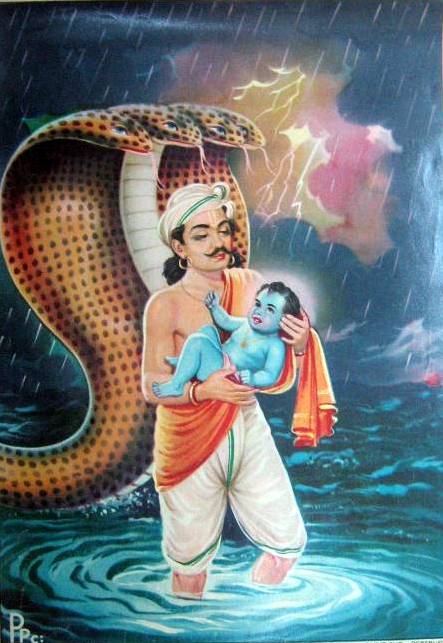 Vasudeva thought he and his infant son would never survive the rains. But just then, a colossal thousand-headed snake emerged from the floodwaters sheltering the two from the storm.

Once he reached Nanda’s house, he left the child by Yashoda’s side and took the girl child born to them back to the dungeons.

Another Prophesy for Kamsa!

The prison guards informed Kamsa about Devaki and Vasudev’s eighth child. He stormed into the dungeon, grasped the infant and threw it against the wall. As soon as he did this, the girl child turned into the eight-handed goddess Durga. She roared: “Fool! Your killer is already born and sheltered elsewhere. One day, he will come for you. Count your days!” 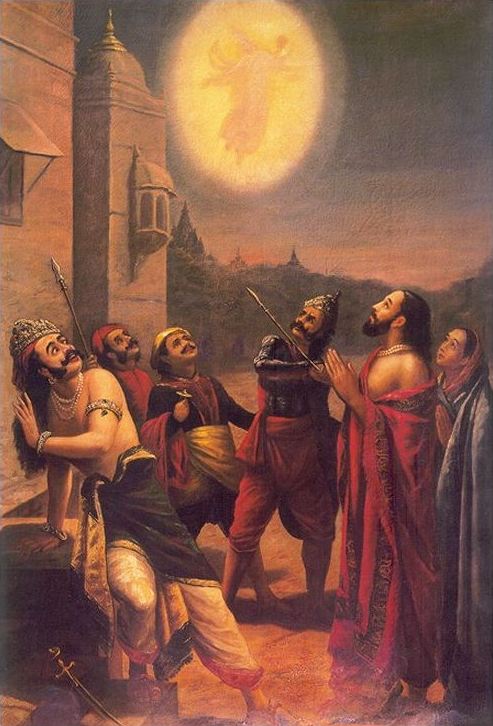 The gods ordained the birth of Krishna. The world was reeling under evil men, the likes of Kamsa. So Lord Vishnu himself decided to cleanse the evil by taking birth as Lord Krishna. Raised as a cowherd in a rustic environment, Krishna soon realised his life’s purpose and slew his evil uncle, Kamsa. After killing him, he reinstated his grandfather Ugrasena back on Mathura’s throne.