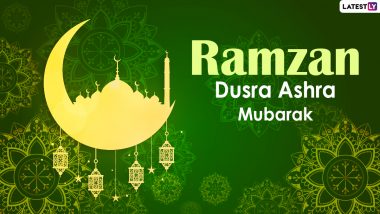 Mumbai, April 22: Ramzan 2021, also spelt as Ramadan, started in India on April 14. The holy month of Ramzan is divided into three phases - Pehla Ashra, Dusra Ashra and Teesra Ashra. The first two phases comprise of 10 days, while the third could be of 9 or 10 days. Muslims will be observing their 10th fast or roza of the Ramzan month on April 23. With this, Pehla Ashra will conclude and Dusra Ashra will begin. With the beginning of Dusra Ashra, Muslims greet their loved ones and say, "Dusra Ashra Mubarak". Scroll down to get the Ramzan Dusra Ashra Mubarak 2021 messages, SMS, greetings, wishes, HD images and WhatsApp stickers. Ramzan 2021 Timetable: Know Sehri, Iftar Timings in Mumbai, Delhi, Lucknow, Kolkata, Chennai and Other Cities of India for the Month of Ramadan.

The first phase of ten days is called Pehla Ashra which is for Rehmat (seeking the mercy of God). The next ten days are called Dusra Ashra, for Magfirat (seeking forgiveness). The third and final phase is known as Teesra Ashra, for Nijat (emancipation from the hellfire). If you are searching for Ramazan Dusra Ashra 2021 wishes, greetings, messages or Ramazan Dusra Ashra Mubarak HD images and WhatsApp sticker to wish each other on the auspicious beginning, here is everything for you. Ramzan Mubarak 2021 Wishes And Shayari: Happy Ramadan Urdu Messages, SMS, Chand Mubarak Image And Greetings To Celebrate Arrival of the Holy Month. 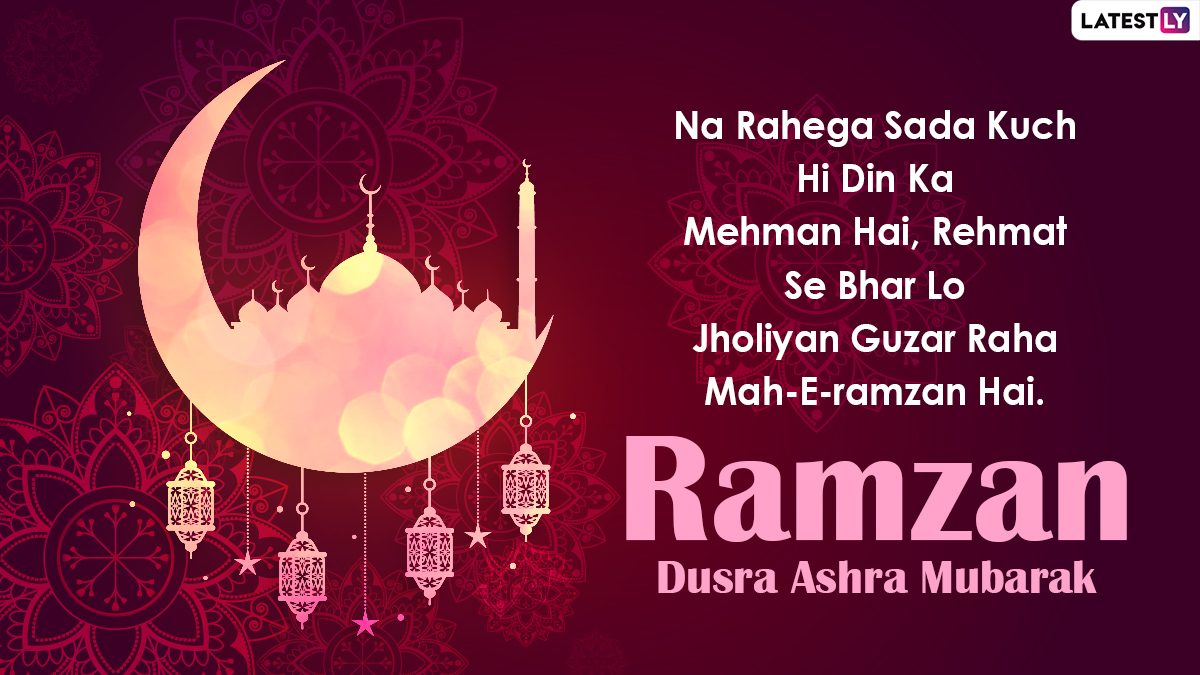 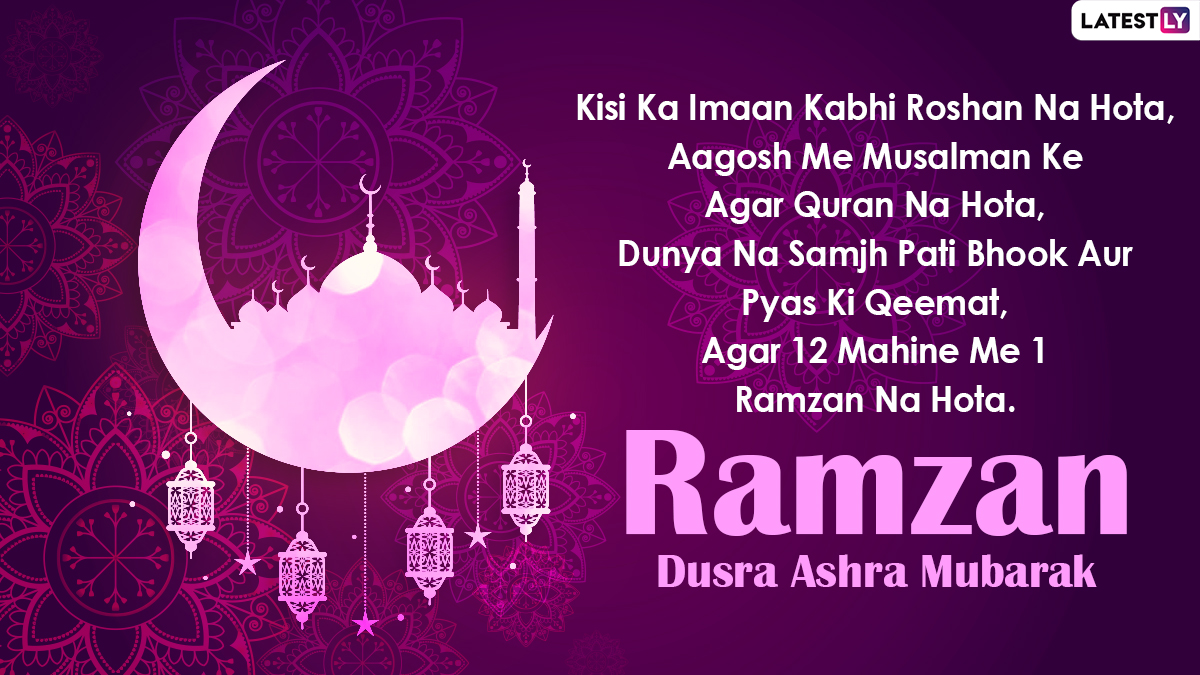 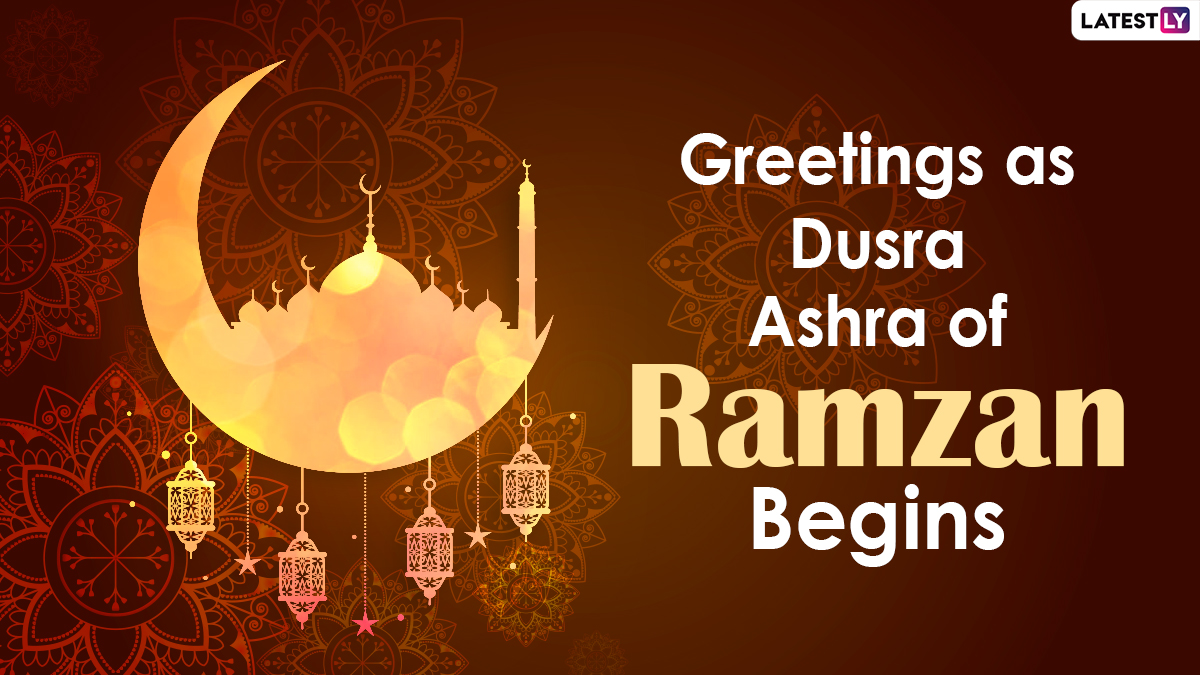 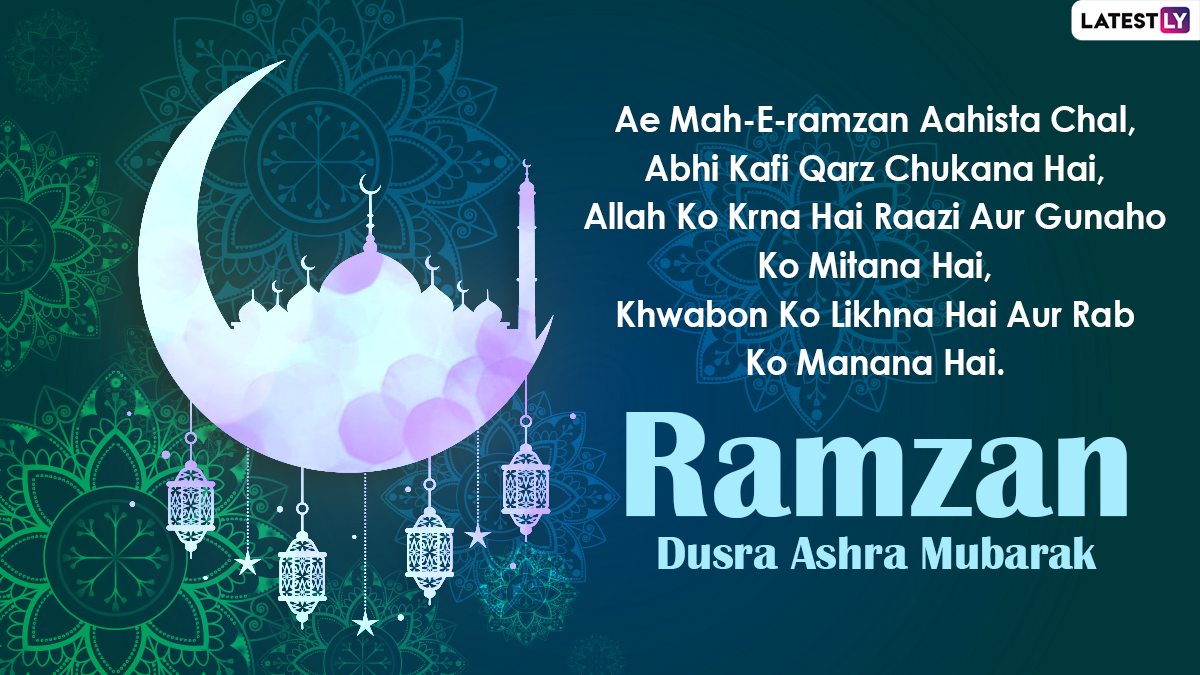 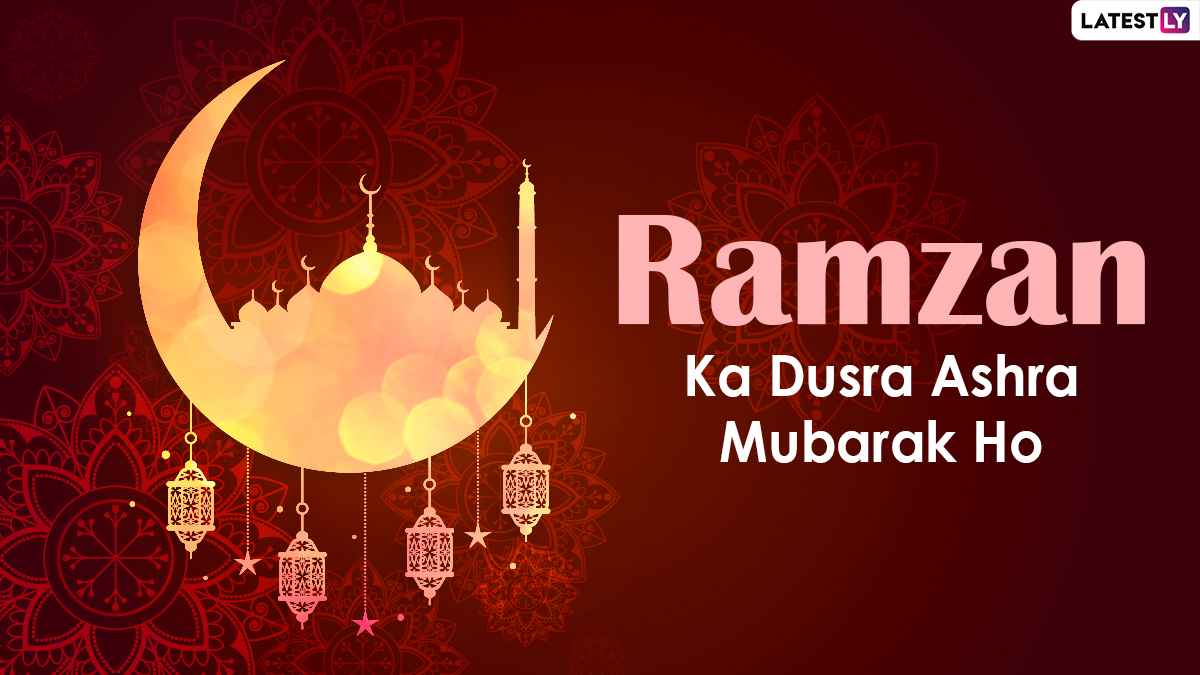 Fasting in Ramzan is mandatory for all heathy Muslims. It is one of the five pillars of Islam. Ramzan is all about learning self-discipline and getting near to the God. We hope you make the most of the holy month. Have a blessed Dusra Ashra and Ramzan ahead.

(The above story first appeared on LatestLY on Apr 22, 2021 02:24 PM IST. For more news and updates on politics, world, sports, entertainment and lifestyle, log on to our website latestly.com).