Maharani Lakshmibai's 163rd death anniversary will be observed on June 17, 2021. Thus, here we bring you some of the most interesting facts about the 'Queen of Jhansi' on her death anniversary. 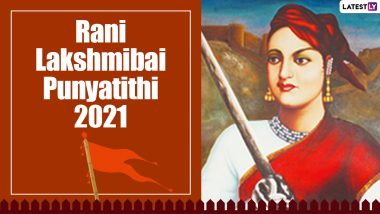 Maharani Lakshmibai was one of the symbols of India’s first war of independence in 1857. Her defiance against the British is well-known and as a mark of respect, people across the country observe the occasion of Rani Lakshmibai death anniversary amidst grandeur festivities and respect. To know more about Rani Lakshmibai, you can click here.

(The above story first appeared on LatestLY on Jun 18, 2021 08:20 AM IST. For more news and updates on politics, world, sports, entertainment and lifestyle, log on to our website latestly.com).