Shaheed Khudiram Bose was only 18 years of age when he was sentenced to death for attacking and killing three Britishers in Bihar's Muzaffarpur. In 1908, he gave up his life for the country's freedom. On his 131st birth anniversary, on the young freedom fighter, we bring to you Khudiram Bose HD Images and quotes. 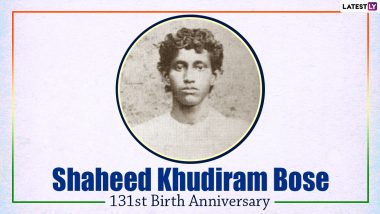 Shaheed Khudiram Bose was only 18 years of age when he was sentenced to death for attacking and killing three Britishers in Bihar's Muzaffarpur. In 1908, he gave up his life for the country's freedom. Khudiram Bose was born on December 3, 1889, in Habibpur situated under the Keshpur Police Station in the Midnapore district of West Bengal. He was the son of a Tehsildar who joined a group named Anushilan Samiti and became a volunteer at the age of 15. At 16, Khudiram took part in planting bombs near the police stations and targeted British officials. On his 131st birth anniversary, on the young freedom fighter, we bring to you Khudiram Bose HD Images and quotes. You can share these as messages on social media to pay tributes to Shaheed Khudiram Bose. You can send these as WhatsApp messages and share these as wallpapers and HD Images on the observance. Veer Savarkar Jayanti 2020: Interesting Facts About the Freedom Fighter to Share on His 137th Birth Anniversary.

In 1908, Anushilan Samiti planned to murder Douglas Kingsford, who was the Chief Magistrate of the Presidency Court of Alipore. Kingsford was known for his stand against Indian revolutionaries, and his effort to cripple the Bengali newspaper Jugantar. Khudiram and his friend Prafulla Chaki decided to kill him. For the act, which resulted in his execution, Shaheed Khudiram Bose is remembered as a young revolutionary who made the ultimate sacrifice for his motherland. Meanwhile, here are HD Images and Wallpapers to share on the observance. Ram Prasad Bismil 123rd Birth Anniversary: Interesting Facts About the Indian Freedom Fighter Who Was Also a Poet. 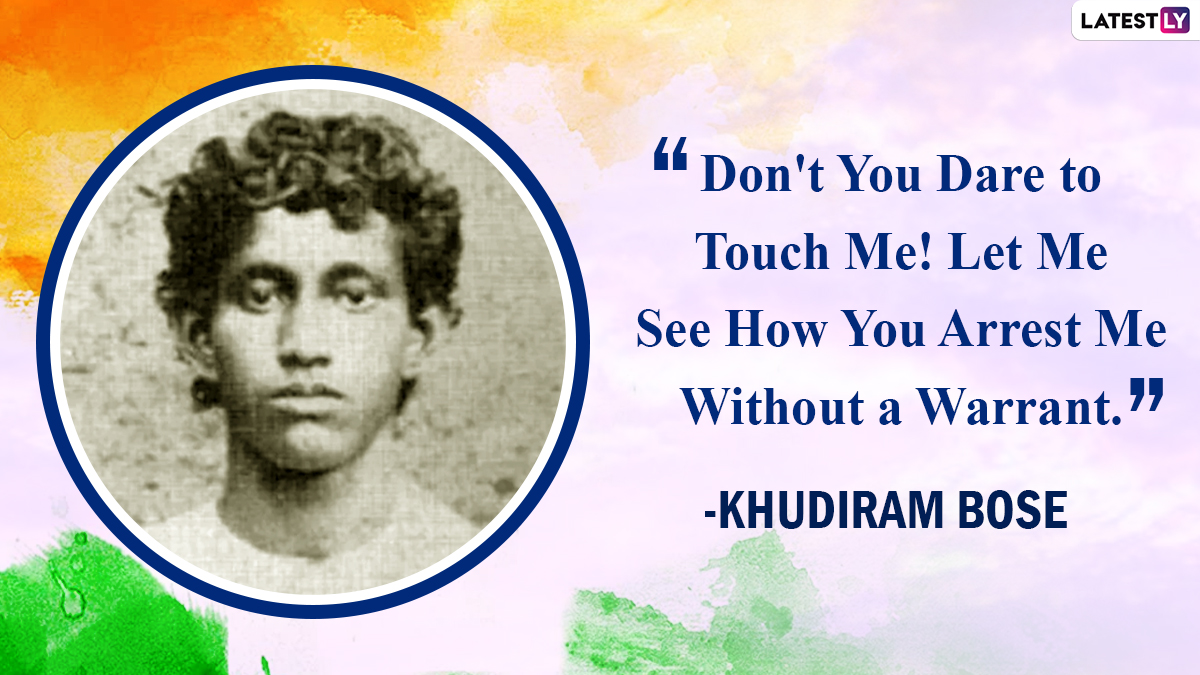 WhatsApp Message Reads: “Don't You Dare to Touch Me! Let Me See How You Arrest Me Without a Warrant." KhudiRam Bose 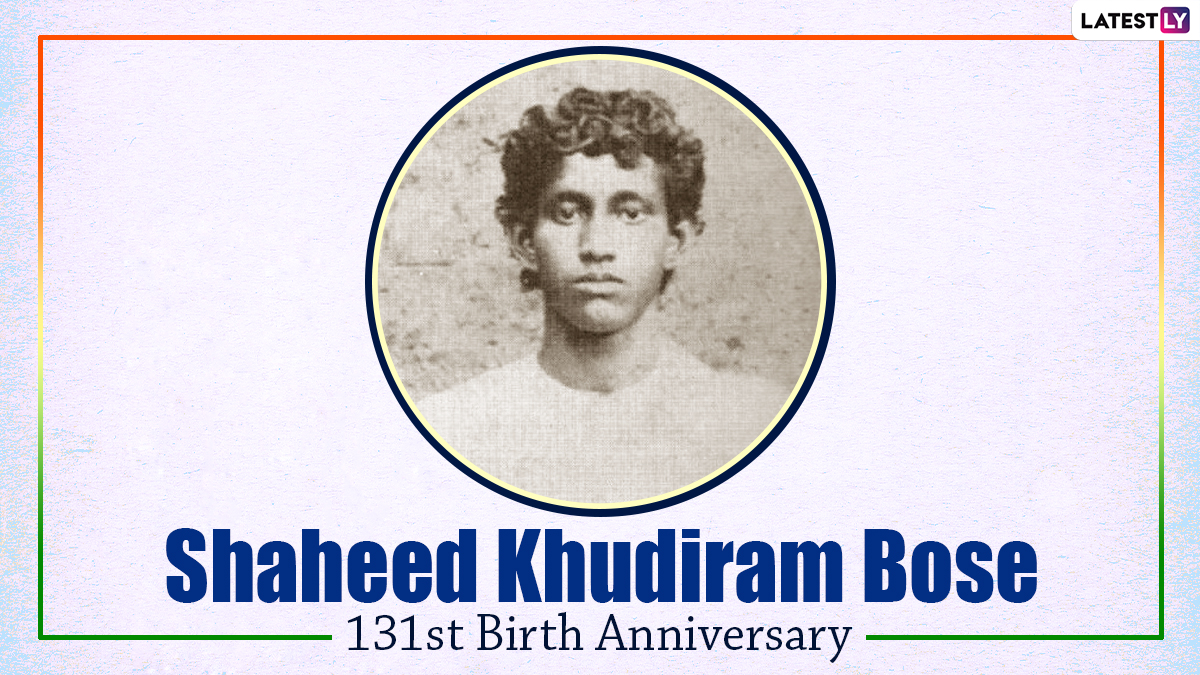 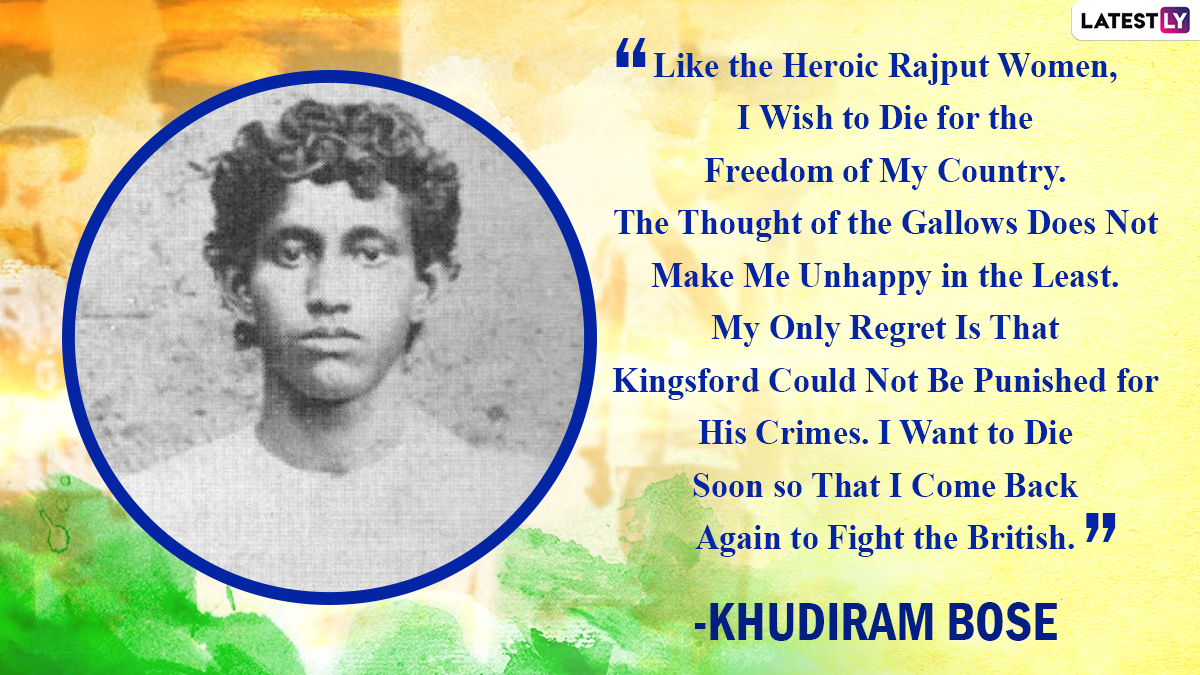 WhatsApp Message Reads: “Like the Heroic Rajput Women, I Wish to Die for the Freedom of My Country. The Thought of the Gallows Does Not Make Me Unhappy in the Least. My Only Regret Is That Kingsford Could Not Be Punished for His Crimes. I Want to Die Soon so That I Come Back Again to Fight the British.” – Khudiram Bose 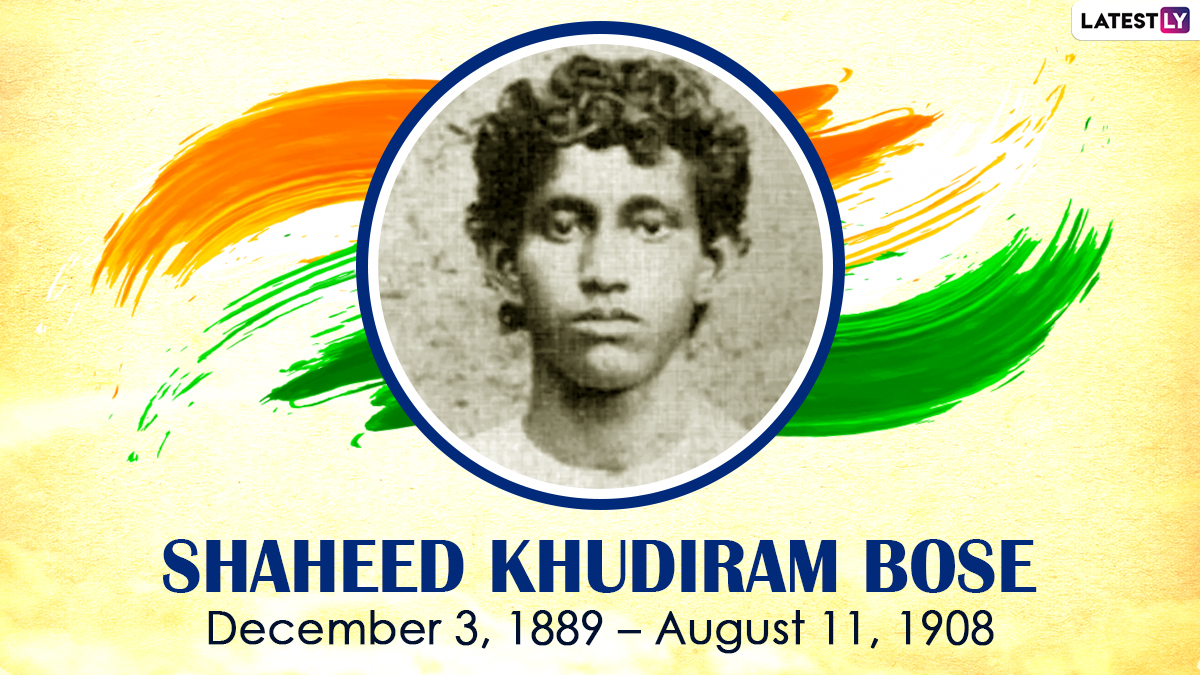 Bose was a student of Midnapore Collegiate School and was influenced and inspired by Aurobindo Ghosh, a freedom fighter also known as spiritual leader Sri Aurobindo. On April 29, 1908, they made another attempt which killed Kingsford and his wife. Bose was arrested on April 30 and the Wani station where he was arrested is now known as Khudiram Bose Pusa station.

Although he was accompanied by friend Prafulla Chaki in the act, Khudiram took full responsibility of it while Chaki died by suicide while trying to escape the police. Khudiram Bose was hanged to death on August 11, 1908. His act made him be known as one of the youngest revolutionaries in India. His funeral garnered a lot of people and it is said that he was similar when he was being hanged. People threw flowers on his dead body as the carriage with this body passed by.

(The above story first appeared on LatestLY on Dec 03, 2020 10:20 AM IST. For more news and updates on politics, world, sports, entertainment and lifestyle, log on to our website latestly.com).