World Day Against Child Labour 2021: Stories of Hope To Inspire People To Spread Awareness About The Need To Abolish This Insidious Issue

According to the UN, over 10 million children are employed as domestic workers in households. They are underpaid and overworked. Children are also exploited by criminals, human traffickers for profit. On this World Day Against Child Labour, we bring stories two of victims and survivors of child labour. 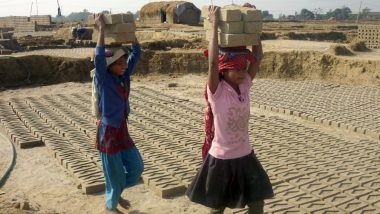 Child labour is a social issue that is prevalent across the world for centuries. An estimated 218 million children around the world, between the ages of  5-17 are forced due to their financial constraints. 70 per cent of these children are considered victims of child labour. "The number of children in child labour has risen to 160 million worldwide - an increase of 8.4 million children in the last four years" due to the impacts of COVID-19, a report ahead of World Day Against Child Labour said. Most of the children are forced to labour in constructions and garment factories. Working in a garment factory is not what an immigrant's dreams are made of. It's quite harrowing work that can prove physically and mentally taxing for an individual. And with 60-70 hour working hour, its is especially difficult for children. Kids are exploited across the world. According to the UN, over 10 million children are employed as domestic workers in households. They are underpaid and overworked. Children are also exploited by criminals, human traffickers for profit. On this World Day Against Child Labour, we bring stories two of victims and survivors of child labour.

Sadiya started working at a garment factory in Myanmar after her father broke both his arms in a work-related accident. She was forced to quit school and instead work due to the family's terrible financial constraints. She explains that she was forced to work 23-hour shifts without a break. They took an hours nap on the concrete floor and then began their harrowing shifts again until she was rescued by local NGO's and provided compensation to better her family's personal circumstances. She was also offered an opportunity to return to school to pursue her vocational training.

Lina was sent to Thailand to work to earn wages and support her family who hailed from poverty. She was then forced to work outside nightclubs in the red-light district. There she sold flowers and candy to tourists and was often subjected to physical abuse by her trafficker if the earning were low. The traffickers convinced the parents to send her 8-year-old sister to join in Bangkok. Soon Lina refusing to let her younger sister fall prey to her circumstances, hatched a plan to escape. She enlisted the help f a nightclub worker and spent several months in a Thai children's centre before the girls were returned to Cambodia. They were then sent to The Damnok Toek Poipet Reception Centre for trafficked and abused children and offered counselling, schooling and a safe environment for the children. According to UN, both girls are happy and safe, and Lina intends to be a teacher when she grows up.

(The above story first appeared on LatestLY on Jun 11, 2021 08:58 PM IST. For more news and updates on politics, world, sports, entertainment and lifestyle, log on to our website latestly.com).