World Day of War Orphans Date 2020: History and Significance of the Day That Highlights the Plight of Orphans Across the World 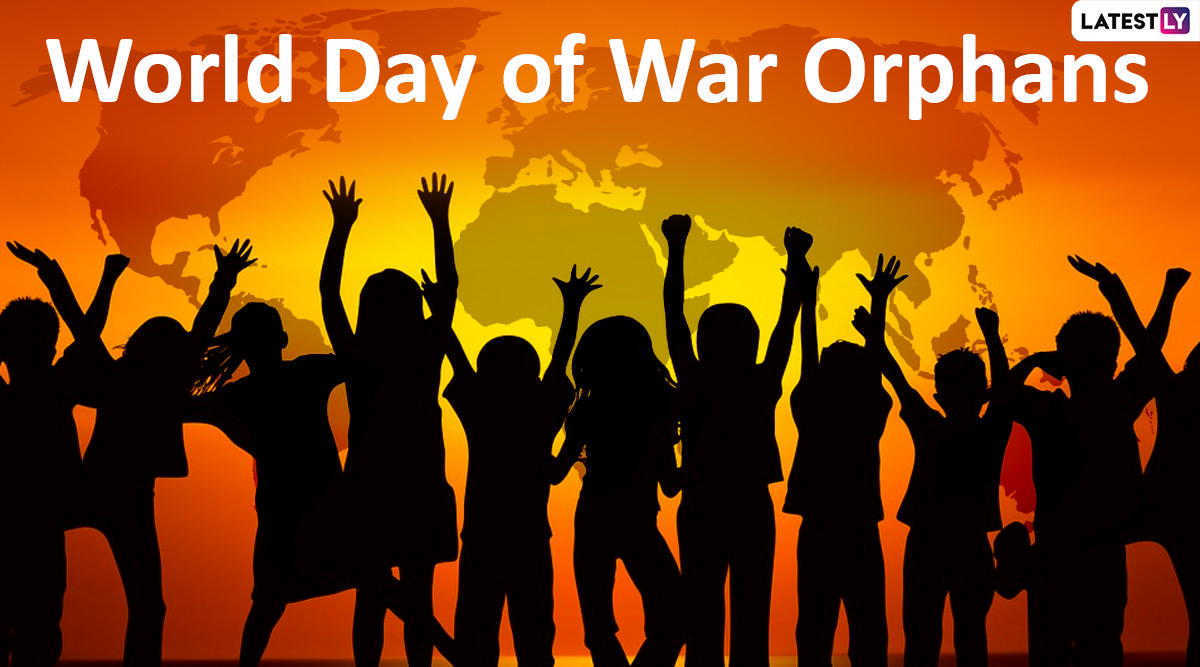 Every year, the World Day for War Orphans is observed every year on January 6. The special day remembers the brunt of the suffering in war that was faced by civilians, especially the orphans. The World Day of War Orphans was initiated by the French organisation. The special day enables the International Community to recognise the plight of a particularly vulnerable group. Most of orphans across the globe face severe hardships as they have no one to protect them. They most likely to suffer from hunger, disease, and many other problems.

According to UNICEF (the United Nations Children's Emergency Fund),  there are roughly 153 million orphans worldwide. The UNICEF is a United Nations agency responsible for providing humanitarian and developmental aid to children around the world.

The definition of an orphan is a child who has no surviving parent to care of, either as a result of bereavement or by being abandoned. The World Day for War Orphans is a day that is marked for such children. Orphans throughout the world face many challenges including starvation, diseases, malnutrition and decreased social attention. World Day for War Orphans is a day to remember these children. Every one of them is precious and they all deserve a future that will enable them to fulfil their dreams.

World Orphans Day was created to raise awareness about the number of children in this world who lack something most of us take for granted. According to reports, the first people to officially care for orphaned children were the Romans. They had opened the first orphanage in history in around 400 AD. On this day, people are encouraged to actively participate in helping raise awareness, support, and funding for motherless and fatherless children worldwide.

Every day, an estimated 5,700 more children become orphans. Reports inform that World War II created millions of orphans I Europe, with 300,000 orphans in Poland and 200,000 in Yugoslavia alone.