Having Sex with Condoms Don't Guarantee Protection You from All Types of STIs; Here's What You Need to Know

While having sex condoms MUST be used, no matter what. Apart from avoiding pregnancy, the method of contraception also protects from various STDs and STIs. However, not every time are condoms effective. Not just in the case of sexually transmitted diseases and infections, but also pregnancy, here's what you need to know. 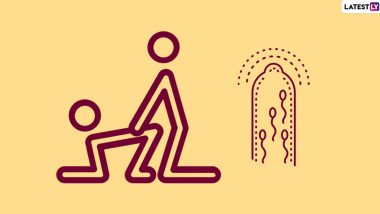 While having sex condoms MUST be used, no matter what. Apart from avoiding pregnancy, the method of contraception also protects from various STDs and STIs. However, not every time are condoms effective. Not just in the case of sexually transmitted diseases and infections, but also pregnancy, condoms are said to only be 97 percent effective. While there is no way you should ditch condoms during sexual intercourse, the point is, you shouldn't completely be dependant on the form of contraception for protection against various STIs and STDs. That's why you must know how to wear a condom correctly. A lot also depends on what type of condoms you are wearing because we live in 2019 where there exist a number of types of condoms. Right from dotted condoms and flavoured ones to weird types of condoms available in the market such as Glow-in-the-Dark Condoms, Textured Condoms, Warming Condoms, Sensis Condoms to skin condoms. You must keep in mind the type of condoms you are wearing.

There are certain STIs that you may contract, even after proper use of condoms. Take a look at some of the STIs that your condoms don't protect against.

One of the most common types of STI, HPV can cause sexual health problems such as genital warts, warts and even cervical cancer. Sometimes, strains of HPV go unnoticed as there may be no symptoms at all. The reason why condoms are of no help when it comes to contracting HPV is that genital warts may not be covered by a condom and since HPV can be spread via skin-to-skin contact, it is very easy to contact, the disease even after wearing condoms.

This type of viral STD can cause cuts or sores on the genitals and therefore become one of the most easily spread STD.  The sores an lesions can be around the anus or upper thighs as well. Therefore since the sores are just not restricted to the are of the genitals that the condoms cover,  there are chances of the health issue spreading more conveniently than others.

This type of skin infection is caused by a bacteria called by the same name, Molluscum contagiosum. They cause small red or pink raised bumps to form on the body that may often appear as dimples.  When contacted by the skin-to-skin contact around the genitals, it is considered an STI.

The bottom line is that you must be careful with your sexual encounters even after you are wearing condoms. Also, did you know of a secret sex trick that you can try while wearing condoms, that not many people know of? So apparently, pinching the condom at its tip right before wearing it, will prevent condoms from breaking or sliding off.

(The above story first appeared on LatestLY on Oct 18, 2019 09:00 PM IST. For more news and updates on politics, world, sports, entertainment and lifestyle, log on to our website latestly.com).