“The test not only identified the asymptomatic disease, but also predicted the risk of future disease" 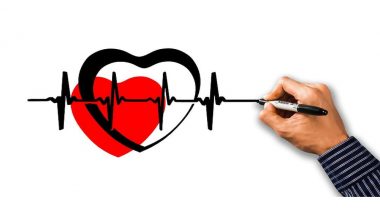 The potential in Artificial intelligence aka machine intelligence, or intelligence demonstrated by machines, is being enhanced by every research done on the latest technology. In the medical field as well, artificial intelligence is seeing new height with each passing day. A recent study done by Mayo Clinic finds out that a combination of artificial intelligence and electrocardiograms may be the key to stop heart failure before it could start. The research published in Nature Medicine derived that with a trove of data from the thousands of EKGs is presented with AI, the detection of asymptomatic left ventricular dysfunction (ALVD) became easier. World Heart Day 2018: 10 Heart-Healthy Foods That You Must Include in Your Diet.

The weak heart pump (ALVD) is usually is an indication of heart failure. Usually, ALVD is diagnosed with expensive tests such as CT scans, MRI scans, echocardiograms, etc. However, with this technology, the task can be done within 10 seconds. The technology is also non-invasive. Lead researcher Dr Paul Friedman says, "We thought it would be very helpful if there was an inexpensive, widely available, painless, rapid screening test that would let people know they have a condition,"

He further said that "So (the AI) is picking up very early disease, and giving us the opportunity to intervene at a potentially very early stage." Friedman who is a cardiologist and chairman of cardiovascular medicine at Mayo Clinic, said about seven million Americans are living with weak heart pumps and don't even recognise.

Dr Friedman also notes that, “The test not only identified the asymptomatic disease, but also predicted the risk of future disease, presumably by identifying very early, subtle EKG changes that occur before heart muscle weakness.”

(The above story first appeared on LatestLY on Jan 09, 2019 06:33 PM IST. For more news and updates on politics, world, sports, entertainment and lifestyle, log on to our website latestly.com).