Black Patients of Coronavirus Suffer From Blood Clots in Lungs, Finds Study Amid Surge in Afro-American COVID-19 Patients in US

The study is expected to shed light towards the reason why fatality rate of coronavirus is higher among black victims - in both the United States and the United Kingdom. The blood clots indicate that Afro-Americans are more likely to face inflammatory issues once infected by the COVID-19. 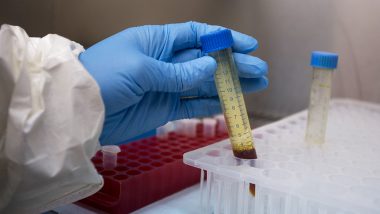 Washington, May 28: Days after a New England Journal study revealed that over 70 percent of COVID-19 patients in Louisiana are Afro-Americans, a fresh research found that black coronavirus victim end up suffering from blood clots in the lungs. The finding was part of a survey conducted team at LSU Health New Orleans School of Medicine. The researchers had analysed the autopsy reports of 10 Americans of African-descent, who died of COVID-19.

The study is expected to shed light towards the reason why fatality rate of coronavirus is higher among black victims - in both the United States and the United Kingdom. The blood clots indicate that Afro-Americans are more likely to face inflammatory issues once infected with COVID-19. Hydroxychloroquine Shows No Coronavirus Benefit, Raises Death Risk: Study.

The activation of inflammatory chemicals, in their lungs, could be abated by two reasons - presence of co-morbidities and the autoimmunity response of the body. The latter could be a prime reason as blood markers called D-dimers were found in the body -- which indicated that more inflammatory chemicals were produced in bid to break the blood clots.

"Important findings include the presence of thrombosis and microangiopathy in the small vessels and capillaries of the lungs, with associated haemorrhage, that significantly contributed to death," said the study published in The Lancet.

The 10 patients whose autopsies were examined in the research had arrived to the hospital after suffering from fever and mild cough for three to seven days. A sudden collapse or acute difficulty in breathing had necessitated their admission to the hospital in New Orleans.

Two among the deceased were aged between 40 and 50, contrary to the perception that most among the fatalities of COVID-19 are above 60 years of age. Another important finding in the research is that the fear of COVID-19 being accompanied by other bacterial or fungal infection is unsubstantiated. "There was no evidence of secondary pulmonary infection by microorganisms," the researchers concluded.

(The above story first appeared on LatestLY on May 28, 2020 12:26 PM IST. For more news and updates on politics, world, sports, entertainment and lifestyle, log on to our website latestly.com).