Being educated about birth control and how to effectively to plan a family is one of the prime way forwards towards a developing economy. 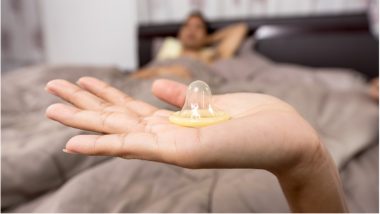 Population explosion has one of the major effects on the world economy as well as environment, especially in developing countries like India. Population has crossed the optimum limit in India and has become a liability, hence, proving to be a hindrance in the success of economic planning and development. Every year, July 11 is observed as World Population Day and this year’s theme focuses on family planning. Being educated about birth control and how to effectively to plan a family is one of the prime way forwards towards a developing economy. Below we discuss effective methods to prevent pregnancies.

1. Oral Contraception: The contraceptive pill is the most well-known hormonal method. Most pills work by stopping ovulation, so no egg is released at all. They also thicken cervical mucus. The pill may combine two ingredients – estrogen and progesterone – or contain just one (progesterone). For maximum effect, it must be taken every day at the same. When used correctly, the pill is 99.7% effective which makes it one of the most reliable contraceptive methods.

2. The Patch: It is similar that to oral contraception. Instead of taking a pill every day, you just stick on a new patch once a week. It also contains estrogen and progesterone which are slowly released through the skin. It is usually placed on the belly, upper arm, back or butt. It has to be well-applied – the corners can’t be coming up – to make sure you’re getting the targeted number of hormones.

3. The Vaginal Ring: It is a small, flexible ring that inserted in the vagina and kept there for 21 days before being taken out. It releases the two hormones to stop ovulation and are absorbed through the vaginal lining. You have to push it up into the vagina as far as possible or it can come out easily. You can remove it during sex but remember to put it back soon. Don’t leave it out for more than three hours.

4 The Diaphragm: The rubbery barrier fits inside your vagina and covers your cervix, preventing pregnancy by locking sperm out of the uterus. They should always be used with spermicide, which immobilises or destroys sperm. Spermicide should not be used alone as it has limited effectiveness. Together the effectiveness is 94%.

5. Hormonal & Copper IUD: Hormonal intrauterine device is inserted in the uterus and offers pregnancy protection for three to five years. This small device releases a progesterone hormone acting on the wall of the uterus. The wall gets thinner and the cervical mucus thickens, making it difficult for the sperm to penetrate. On the other hand, copper IUD is placed in the uterus and can be left alone for up to 10 years. Copper version doesn’t contain any hormones. The metal itself prevents pregnancy by making the uterus inhospitable to sperm.

6. Male & Female Condoms: Male condom is one of the most popular and used worldwide to prevent pregnancy. If used correctly, it prevents pregnancy by 98%. Likewise, female condom too exists and must be inserted inside the vagina before having sex. These two methods have the advantage of protecting against STDs, a level of protection that hormonal contraceptives do not offer.

These are some ways that couples can prevent unnecessary pregnancies or if they do not wish to have children yet or are done with reproducing. Before using any contraceptive method, consult your healthcare provider. There are a multitude of options for preventing pregnancies. Some methods of contraception are however more effective than others.

(The above story first appeared on LatestLY on Jul 11, 2018 11:18 AM IST. For more news and updates on politics, world, sports, entertainment and lifestyle, log on to our website latestly.com).