The researchers found that these frequent treks to the bathroom cost US economy USD 44.4 billion a year. 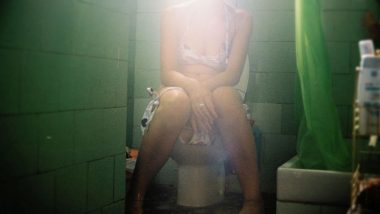 Washington DC, March 13: In addition to affecting sleep, well being and productivity of a person, according to a recent study, taking a few too many bathroom trips at night can also negatively impact the GDP of a country. According to the researchers at the not-for-profit research organisation RAND Europe, waking up more than twice a night can have a detrimental effect on a person's wellbeing and productivity at work, which in turn has an impact on a country's GDP.

The researchers found that these frequent treks to the bathroom cost US economy USD 44.4 billion a year. People who wake up at least twice a night to go to the toilet because of nocturia, a health condition that affects the lower urinary tract, are more likely to be absent from work due to sickness or be less productive at work, as the disrupted night's sleep affects their ability to function during the day. Video of Cat Opening Bathroom Door Goes Viral, Cat Owners on Twitter Share Their Own Hilarious Experiences.

The findings of the study suggest that a person suffering from nocturia loses on average at least seven more working days a year due to absenteeism and presenteeism (being in suboptimal health while at work) than a person who does not have nocturia. The number of people in the US workforce estimated to suffer with nocturia is 27.5 million, 12.5 per cent of the total working population.

In the five other countries included in the economic analysis of the report - the UK, Germany, Spain, Japan and Australia - an additional 53.6 million people could have nocturia, ranging from 13 per cent to 17 per cent of the population of each country.The economic losses (in GDP terms) associated with nocturia are estimated to be about $13.7 billion in Japan, followed by Germany at $8.4 billion, the UK at $5.9 billion, and Spain and Australia each at about $3 billion.

This association is similar to if the individual suffered from other serious health conditions such as hypertension, cardiovascular disease or asthma.A variety of demographic, lifestyle and health factors are associated with nocturia and they differ by age and gender. The study found that chronic health conditions such as kidney disease, diabetes, cardiovascular disease, cancer and hypertension could all play a role.