As Kerala leads the country in the number of Covid cases, veteran virologist T. Jacob John said that this is because only Kerala has the full data and it held on till the last minute in the first wave, but failed to go forward with vaccination, which was the way to prevent the Delta variant. 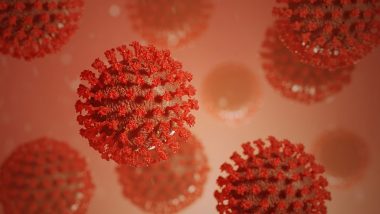 Thiruvananthapuram, Aug 27:  As Kerala leads the country in the number of Covid cases, veteran virologist T. Jacob John said that this is because only Kerala has the full data and it held on till the last minute in the first wave, but failed to go forward with vaccination, which was the way to prevent the Delta variant.

John is a winner of the Dr. B.C. Roy award and served in the Christian Medical College, Vellore as the chief of Virology services from 1967 to 1995 besides 15 years as chief of the Centre of Advanced Research in Virology.

He went on to recount the tale about a final year medical student who during the medicine practical examination was given a very rare disease to identify and he correctly identified it, but the examiner failed him saying that he would not have been able to do it without getting expert help.

"Kerala's case is like the medical student because Kerala did everything right and it held on till the last during the first wave. What should have happened was soon after that, vaccination should have been started and even after seven months not even 50 per cent of the population has been vaccinated. Getting vaccines on time was the need of the hour and for that you cannot blame Kerala as it's done by the Centre," said John.

He added that the Delta variant is a deadly one and there are only two ways to check it.

According to the present statistics of the 3.30 crore Kerala population, around 1.98 crore have got their first dose, while 71 lakh have received both the doses.

However John said that the cases will eventually fall as what goes up will have to come down and the strategy should be to prevent deaths. Kerala's fatality rate stands at 0.5 per cent while the national average is 1.3 per cent.

He said the need of the hour is to speed up the vaccination drive and to see that at least 60 per cent of the population gets vaccinated and prepare the road map for a follow up with a booster dose.

"Gujarat appears to have received more doses than Kerala. The need of the hour today is there should be a common platform when it comes to health and at the Centre it's the role of the ruling party to take all the opposition parties together, likewise in the state, the ruling government has to ensure there is political consensus when it comes to health. A project to fight leptospirosis was given to the Kerala government in 2003 and it's still lying in the cold storage. Had it been carried out that disease could have been contained," added John.

In Kerala the Congress and Bharatiya Janata Party (BJP) are criticising Chief Minister Pinarayi Vijayan who according to them is keeping away from the public glare for over a month now, as he failed to control the spread of the Covid pandemic, after initially taking the credit for containing it.

But Vijayan said that the opposition is trying to instil a sense of fear in the minds of the people through this campaign.

"This is being done to take away the people's support to this government. If the Kerala model of tackling Covid is wrong, which is the model that should be adopted. The second wave arrived in Kerala late and the density of population is high in the state. All these are known to the opposition," said Vijayan.

(The above story first appeared on LatestLY on Aug 27, 2021 05:08 PM IST. For more news and updates on politics, world, sports, entertainment and lifestyle, log on to our website latestly.com).