Sridevi Died Due to Accidental Drowning: Here’s Everything You Need to Know About Unintentional Drowning

The possible factors that could lead to drowning and why one fails to call for help. 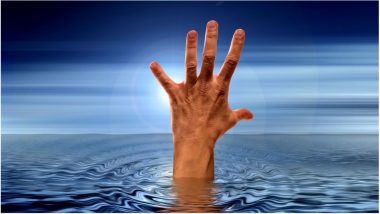 The news of unforeseen and untimely demise of Sridevi hit the nation like a thunderbolt. As the mystery of her death deepened, according to the Dubai forensics report, the legendary actress died due to accidental drowning in the bathtub at the hotel room of Dubai. Sridevi and the Kapoor family had flown to Dubai to attend a family member’s wedding. On 24th December, Saturday, at around 11 pm Sridevi took her last breath. What was earlier known to be the cause of death (cardiac arrest) was ultimately ruled out after Dubai forensics reported that she died due to accidental drowning. No matter what the reason, Bollywood industry has lost one of the greatest artist of all time.

However trivial and insignificant the reason may seem, according to researches and studies, accidental drowning is more commonly prevalent in the world than it sounds. Below we help you decipher what are the possible factors that could lead to drowning and why one fails to call for help.

What is accidental drowning?

Accidental or unintentional drowning is the deterioration of the breathing function caused by being under water or a liquid. It is often a silent process though there can be other signs of distress in the body. Experts say that drowning can happen quickly and quietly anyplace where there is water such as bathtubs and swimming pools apart from other sources of water such as rivers, ponds and the ocean.

Possible factors that leads to death due to drowning

According to research, alcohol intoxication or substance abuse accounts for up to 70% of deaths associated with water recreation in adolescents and adults. For people with seizure disorders drowning is the most common cause of unintentional injury death, with the bathtub as the site of highest drowning risk. Other factors that may contribute include medical emergencies such as heart attacks, diabetic coma or stroke. Estimates show that children under the age of five are most at risk of accidental drowning. If a kid suffers an injury while in the water like getting hit by an object, it can lead to accidental drowning.

Why one cannot call for help?

In the process of drowning, even if little water enters the lungs, the presence of water in the trachea can lead to a muscular spasm that prevents air as well as water to enter till the person gets unconscious. The person is unable to call out for help as he cannot obtain enough air. In less than a minute, the person’s body can go into hypoxia that is lack of oxygen in the body. Lack of oxygen or changes in lungs can lead to a cardiac arrest. This sudden stopping of the functioning of heart stops the flow of blood to body. However, at this stage also there is a chance of recovery but the continued cut-off of oxygen supply to the brain can lead to brain damage and hence brain death.

As per WHO, drowning is the third leading cause unintentional injury death throughout the world. Japan witnesses epic proportions of bathtub drowning every year. What can somewhat explain this is their practice of hot water bathing and using deeper bathtubs. While the reports claim that Sridevi died due to accidental drowning, her death is still a conundrum to many. Bollywood celebrities paid final tributes to their beloved actress. RIP Sridevi.

(The above story first appeared on LatestLY on Feb 28, 2018 01:32 PM IST. For more news and updates on politics, world, sports, entertainment and lifestyle, log on to our website latestly.com).