From the day Zara Harutyunyan Began her career in cosmetic rejuvenation, she has always been bound to one rule that has boasted a fruitful career, the rule of 'less is more. Upon hearing the term, 'less is more it can be pretty challenging to understand how it would make sense in a world that is constantly craving more of everything. 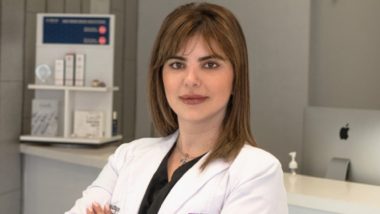 From the day Zara Harutyunyan Began her career in cosmetic rejuvenation, she has always been bound to one rule that has boasted a fruitful career, the rule of 'less is more. Upon hearing the term, 'less is more it can be pretty challenging to understand how it would make sense in a world that is constantly craving more of everything. Within the specific industries that involve cosmetic rejuvenation procedures, such a rule emphasizes prioritizing your health amongst all things. In this interview with Zara Harutyunyan, we get to dive into how she has worked her way into becoming one of the most in-demand cosmetic specialists with her work over at CRMC.

Zara received a doctorate in gynecology back in Armenia, where she was a doctor for a short period. In 2004, she moved to the United States, not having anyone help her and facing every obstacle in the book, including the most difficult being the language barrier between her and her new home. When she arrived in the United States, she got her RN license and NP within the aesthetics industry. Zara quickly realized that some patients wanted to see a doctor exclusively, so over the next few years, Zara spent her time educating the patients that being a great aesthetic injector was far more than just the letters behind her name, but rather the expertise. This is what sparked her fire to open a practice that would later become CRMC Aesthetics.

Being the new kid on the block is a sure-fire way of learning just how much competition you're facing in the marketplace. On top of being a minority and woman-owned business, the pressure Zara faced could be an early contributor to her future success. As she started to build a clientele, Zara made sure her most significant focus was her clients; she then followed a formula that led to her growth over the next few years. Give great results and provide exceptional customer service; those two combined led to excellent client retention and continual referral business. While her competition focused on how to undercut her prices, Zara continued to educate patients about her services, never being about the price but rather delivering excellent results. Although, CRMC Aesthetics was already low priced.

Fast forward a few years, and we start to see the evident signs of a blossoming business, and at this point, you have to be wondering what keeps people coming to Zara?

Exceeding Expectations as a Provider

CRMC has continued to grow at an unprecedented rate, and the list of recurring customers has grown along with it. When breaking down the growth of her practice, it becomes evident that the following three areas she excels in have contributed to her successful career. Zara gives valuable consultations (she educates her patients), provides great results, and genuinely cares for her responsibilities as an aesthetic provider.

But on further examination of her many client success stories, it's clear that the most important factor to her success is prioritizing her responsibilities as an aesthetic healthcare provider. Within the cosmetic rejuvenation industry, Zara has seen it all. From patients coming to Zara "overfilled" to patients coming "under-filled" and both times saying "I HATE IT. PLEASE FIX IT." As of the past few years, she has also seen a huge spike in patients that have come to her as "newbies," meaning they have never done anything and want to look like a certain "Instagram model."

Considering Zara is very passionate about her practice, she vowed to stick to her less is more approach. As an expert aesthetic injector, she recognizes that the most natural-looking results are achieved by the most minimal procedures to the face. When speaking to her patients, she takes her time analyzing every facial expression he/she makes to finalize a master plan of the most natural results without altering the facial expressions, which makes up a significant portion of her less is more approach.

Moving Towards the Future

Zara's plans for 2021 include continuing to grow her clientele and making sure she provides the best experience in cosmetic rejuvenation; as for CRMC Aesthetics, they plan to become a more significant part of the community in Southern California. As someone with a considerable influence in this industry, it's a safe bet that we can expect continued progress amongst all aspects with providers nationwide utilizing a new wave of innovative technologies that are constantly coming forward, and as one of the most prominent figures within her industry, Zara will bring the absolute best tech for her clients and continue to generate impressive results that you will love