Kristina Menissov – Your Talent Determines What You Can Do 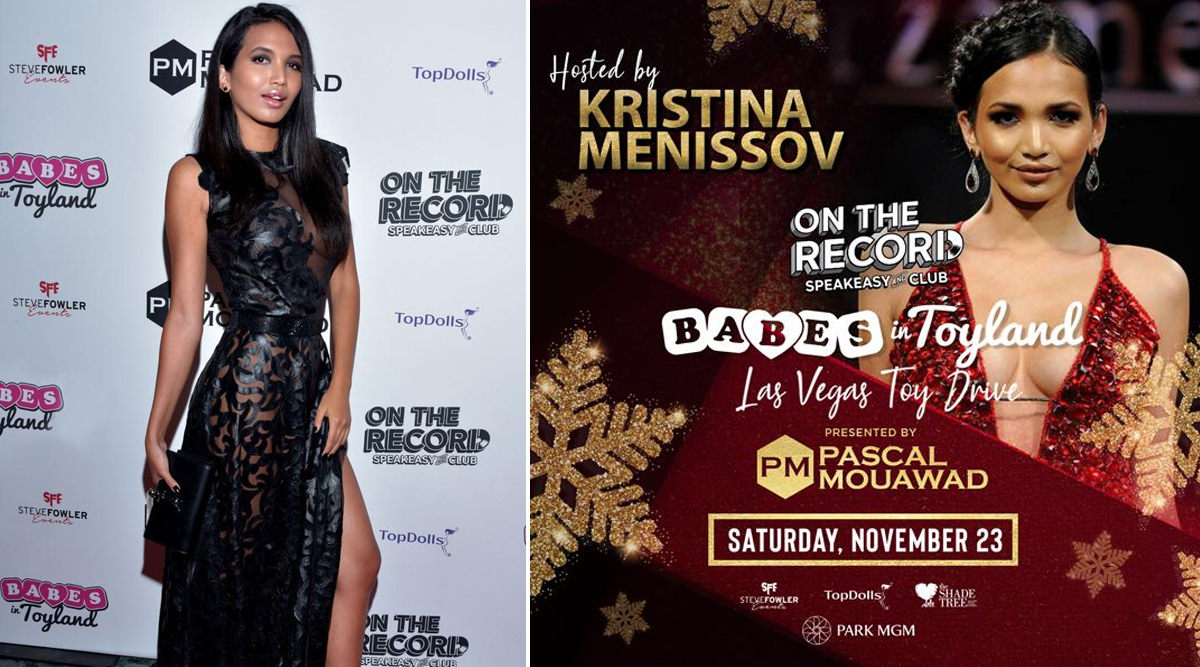 Kristina Menissov (Photo Credits: Agencies)
Kristina Menissov is a multi-talented personality from Kazakhstan and carries dual professions like singing and modelling in her life. She is one of those personalities who has toured the world by appearing on some of the biggest runways. She embarked on her beautiful journey as a model during studies in Kazakh National Conservatory, Kazakhstan, Almaty and then in the International Academy of Music “Vissi d’Arte, Vissi d’Amore” Italy, Rome.
This soul is restless and always wanted to fetch knowledge globally and by experiencing the top-notch cities, she came to know about the major issues happening in the world. The best part about her is that she has always wanted to assist charities and in Las Vegas, she hosted a Christmas Charity event  “Babes in Toyland Las Vegas Toy Drive” this past month where astounding ladies from all over the world came to together to support amazing causes.
The event was to benefit a non-profit organization “The Shade Tree of Las Vegas” – which is a safe shelter for women, children, and their pets in economic crises or domestic violence. Additionally, The Shade Tree is the largest shelter of its kind in the state and is the only 24-hour accessible shelter designed specifically to meet the needs of women and women with children in the region. Also, at this event, toys that were raised were over nine feet and the amount of awareness was almost nine million.
Where Kristina caught our attention by wearing gorgeous black dress from “Aniko Fashion” by Ani Hovsepyan one side was completely see through which was a little risky but she got away with and still looked very classy as she paired it with “YSL” shoes and small bag. Considering her other achievements, she has done many Russian singles that were released on National TV in post-Soviet Union countries. Also, she is preparing herself for the year 2020, where her first English single will be released and will be a great accomplishment for her.
Moreover, her home country has given name and fame in the modelling industry as she has appeared in the famous fashion shows of Kazakhstan like Louis Vuitton, Chopard, Saks Fifth Avenue, La Perla, and Kazakhstan fashion week. Additionally, the country which made her independent and responsible is the United States, thus giving her golden opportunities. In the USA she got a chance to appear in popular fashion shows like Jovani Fashion Show, Roberto Cavalli Fashion Show, Miami Swim Week, and Los Angeles Fashion Week.
Apart from this, she got a chance to work with Rick Ross ft. Ty $ Sign in a music video name as ‘she like me’ where she learnt valuable things and soon will be applied in her videos. Nevertheless, she did several commercials and print. After having so much under her name, she is hoping accomplish more and become successful just to make a difference and influence people to be kind versions of themselves because if every single one of us will be doing something every day to help others this world will be a better place - she says.
Comments
Tags:
Kazakhstan Model Kristina Menissov Kristina Menissov The Shade Tree of Las Vegas Vissi d’Amore Vissi d’Arte
Comments
You might also like