As they saw the constant boom in the digital world, they thought to combine their passion for fashion with the same, digitalizing fashion and promoting it through social media, which gave rise to their company STYLÉCRUZE. 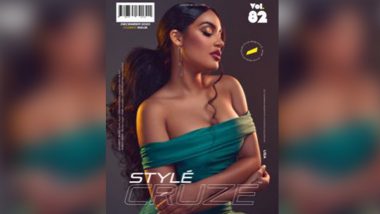 The digital magazine of the US has featured people from various niches and has ranked #1 on Google as "USA Fashion Magazine".
Looking at the constant changes and advancements in the world around us, it is only obvious how people and technology both are working hand-in-hand to make all of this possible and take different industries to exponential heights of success. As we see more and more business industries going digital to better reach people and attract them more towards their brands, even the publications industry have jumped into this bandwagon, where it can be seen how many new magazines are getting launched digitally to showcase and share the stories of many people across niches and influence and inspire people through the same and by leveraging the digital marketing and social media tools. One of the leading names in the industry of the US right now is of STYLÉCRUZE Magazine Inc. This amazing digital magazine is the brainchild of ace entrepreneurs Divyesh Pillarisetty and Jagadeesh Vallabhaneni. They are University graduates in Computer Science Engineering.
Hence, post their graduation, Divyesh Pillarisetty started working for an advertising agency where he first came across the Digital Marketing and Social Media tools. On the flip side Jagadeesh Vallabhaneni pursued Mobile Applications Development in Toronto, Canada and later started working as web developer and his contribution as a director for magazine helped them to reach the targets faster. As they saw the constant boom in the digital world, they thought to combine their passion for fashion with the same, digitalizing fashion and promoting it through social media, which gave rise to their company STYLÉCRUZE.
Divyesh Pillarisetty  and Jagadeesh Vallabhaneni initially focused only on the digitalized magazine and just as a submission-based magazine for the newcomers. However, in their constant quest to reach more people, they reached more models, photographers, etc., to explain what is the concept of digitally publishing magazines. This hard work and conviction of Divyesh Pillarisetty and Jagadeesh vallabhaneni gave their first few projects and submissions from artists, photographers, celebs, etc. In June 2017, STYLÉCRUZE got released digitally and later went ahead with hosting its calls for work across their online platforms for photographers and artists to showcase their work.
Through the course, the founders of the magazine put in every possible effort, using digital marketing skills and social media promotions, they earned a mammoth of submissions in no time and today the company has reached a very influential position. In a very short span, STYLÉCRUZE has grown and how; it also gets requests from clients to publish the printed copies of the magazine. This has allowed STYLÉCRUZE's magazine copies to be shipped to clients worldwide.
The youth also got attracted to STYLÉCRUZE, where it saw numerous submissions requests from various age groups. This led the magazine to come up with three new magazine links as well. Today, it owns TÉENCRUZE Magazine, Estd. FEBRUARY 2019 Click Here, OVER Magazines, Estd. JUNE 2019 Click Here, MÉNCRUZE Magazine, Estd. JANUARY 2020 Click Here and now also, 6X Magazine, Estd. JANUARY 2021.
STYLÉCRUZE Magazine Inc so far has featured several celebrities in their magazine, some of the names include, Marissa Everhart, Nabila Tapia, Autumn Miller, Gabriella Melrose, Wendy Starland, Luana Vjollca, Gizemsahin and many others. Divyesh Pillarisetty and Jagadeesh Vallabhaneni’s STYLÉCRUZE Magazine Inc is today one of the best-selling digital magazines worldwide and has given a great platform to Photographers, Artists, Models including Brands to promote their talents. This has allowed all of these talents to grow and flourish in their respective niches.
Comments
Tags:
Divyesh Pillarisetty fashion magazine Jagadeesh Vallabhaneni USA USA Fashion Magazine
Comments
You might also like