Raaj Parikh says that he was interested in what had led to the collapse of a multitude of large companies during that time, and working in the Risk Assurance practice helped him focus on processes and controls. 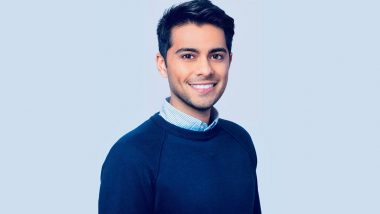 Raaj Parikh is an example of the quintessential American success story. The proud son of hard-working immigrants who moved from India to the United States to follow their American dream, he hopes to be a pillar in the corporate world.

A man with many hats, he started off working at Dunkin Donuts at the age of 15, before moving on to roles in retail with Sears and banana republic to finance his undergraduate studies.

His love for numbers led him to pursue a degree in accounting. Graduating from the University Of Illinois Chicago (UIC), in the middle of the great recession, with accountants in high demand, he found himself quickly employed at PricewaterhouseCoopers (PwC) in Chicago, Illinois.

Raaj Parikh says that he was interested in what had led to the collapse of a multitude of large companies during that time, and working in the Risk Assurance practice helped him focus on processes and controls.

He says, “the reason why a lot of big corporations crumbled was the lack of a strong internal control environment, which is to say that they didn't have the right checks and balances in place.”

In his role at PwC, Raaj Parikh served many clients in industries ranging from manufacturing to healthcare technology. He says that learning about the different processes of an organization such as treasury payroll, financial statements, AP/AR and inventory honed his understanding of what a good control environment really is.

“The contrasting metrics at play were made apparent when I was able to work with sophisticated clients that had really strong control environments. Helping bring those solid practices to compromised control environments was very rewarding.” After serving at PwC for five years, he shifted gears and followed one of his mentors to RSM to pursue public accounting in a managerial capacity.

There, he had the opportunity to work with the largest clients for that organization. Often traveling Sunday through Friday for most of his 20s, Raaj Parikh liaised with a wide array of clientele. From international clients in Berlin, Amsterdam, Barcelona, Paris and London; to rural American cities such as Whitesville, Indiana and South Dakota.

Raaj Parikh says that the stress of such a fast-paced life and time spent away from friends and family led to him switching roles. “It is no secret that finding work-life balance in public accounting can be challenging.”

Realizing that he still enjoyed accounting but did not want to work as an auditor, led Raaj Parikh to his current role as the Corporate Accounting Manager at Cushman & Wakefield, an $8B Commercial Real Estate Company.

He now oversees the accounting functions of over 40 entities. His employer went public via IPO in 2018 and SOX compliant in 2019 and has seen exponential growth ever since. According to Parikh, the company has expanded through strategic mergers and acquisitions.

“It's an interesting time to be at a company that's going through so much transformation and I'm enjoying the learning opportunity.”