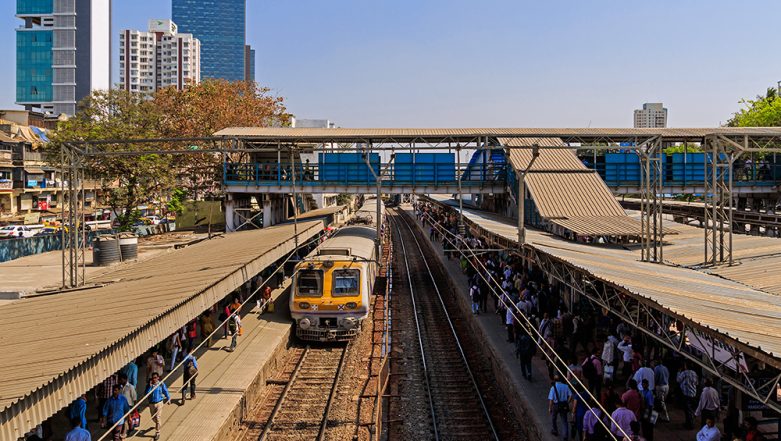 Mumbai, the financial capital of India is better known as the city of dreams. A city that never sleeps, as it runs round the clock. And a place where thousands aspire to come and grow big in whatever field they excel in. Mumbai will be on the travel list of many people not just within the country but even abroad. The city has a reputation of being so fast-paced, that a newbie can totally get lost if he/she is unaware of the modes of transport. The fastest and most convenient way to get around this metropolis is the Mumbai local train. Rightly called as the lifeline of this city, the local train network connects all the parts of the city- the central, western and the harbour. For a beginner, it can be chaotic to go from one part to another by local trains. But don't you worry, as this week we give you a quick guide for beginners on surviving the Mumbai local train journey.

Understand the train route map: One of the first steps of travelling by Mumbai train is understanding the comprehensive train route network. There are essentially three main railway routes- Central, Western and Harbour. The Central line connects Chhatrapati Shivaji Maharaj Terminus upto Kasara (Nashik side) and Karjat (Pune side). The harbour line connects Mumbai to the Navi Mumbai region. The Western line connects Borivali to Churchgate. The network may seem confusing but once you have a starting and ending point, it becomes easier.

Avoid Peak Hours: Mumbai locals are mostly crowded at all times, but the rush during peak hours is the most difficult time for the first-timer to venture out. Go by trains post 11 am and avoid taking a train after 5pm. Post these hours, the regular travel crowd will fill the trains to their capacity and it is difficult to board a train. Travel on public holidays and Sundays, when the trains are relatively less crowded. Man Almost Flies in the Air Trying to Get into Mumbai Local Train, Video Goes Viral.

Use Apps: Since most of us use smartphones and have access to the internet, download user-friendly apps m-Indicator and UTS applications on your phone. m-Indicator helps you to understand the train timings and the stops on the train. The UTS app is best for taking tickets, avoiding the long queues.

Understanding Indicators: Learn to read the indicators which display, the arrival timing, destination of the train and the stops it will take. The railway indicators follow a 24-hour clock. The stops are written on the indicator board above (in case of fast trains).

Boarding the train: This is probably the catch for a first timer in a Mumbai local. Most people do not even wait for the train to stand still and start boarding it as it approaches the platform. Once you get on the platform, ask for where is the ladies and gents compartment. Once you know where the compartment will arrive, wait for the train to arrive and get along as others rush to get in. Most of the times you'll be pushed in.

Getting off the train: While getting off the train, ask the fellow passengers as to which side will your station arrive, the left, right or both. Most stations on harbour line come on both the sides, but on central and western, please ask others. Also, ask the person in front of you if they are getting off at the same station if not, move ahead. Stand patiently and once people start getting off, quickly get down. If you are in the rush hour, there are chances people will push you out.

Ask help: As fast as the city of Mumbai and the Mumbaikars would be, they would always be ready to help. At whatever point you are feeling too confused or think you are lost, unaware of the next station, ask around. If you are on the platform, ask help from stall vendors. In the train, ask help from fellow commuters. Let them know you are not used to this travelling and they will guide you well.

Travelling in Mumbai local is an experience in itself. If you are a keen observer, then you will be able to see subcultures of the city, in one long journey too. And before you embark on your train ride, be ready for being pushed around or people being rude. That is how the city actually rolls. Everyone is in a hurry and they do push out of a daily habit of getting in the trains. People may be rude to you, but you do not need to take that to your heart. Once you travel for a few days, you will too be a part of the group.