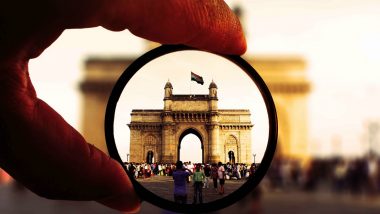 Why is World Tourism Day Celebrated?

The main reason that promoted the celebration of World Tourism Day has been to create and foster awareness about tourism's social, cultural, political and economic value and its contribution to the overall development of any place. A Nigerian national, late Ignatius Amaduwa Atigbi, is the person behind the idea of commemorating September 27 as World Tourism Day and was finally recognised for his contribution in 2009. The reason behind choosing September 27 as the date, is because the Statutes of the UNWTO were adopted on this date in 1970. This adoption was considered a milestone for global tourism.

What is The Theme of World Tourism Day 2019?

Since the aim behind celebrating this day was to create awareness about the various benefits of tourism that may otherwise remain inaccessible, the United Nations World Tourism Organisation has given out dedicated themes for every year. After celebrating 'Tourism and the Digital Transformation' in Budapest, Hungary, this year the theme for World Tourism Day is 'Tourism and Jobs: a better future for all.'

Which is The Host Country for This Year's World Tourism Day?

India will be the host country for this year's World Tourism Day celebrations and a dedicated 2-day conference around this event has been organised at Vigyan Bhawan, New Delhi, from September 26 to September 28. In this event, everything from the need to give more important to the income generated from tourism, to ways and means of boosting the employment opportunities in this field for women as well as young people will be discussed extensively.

Tourism represents at least 10% of the world's jobs but continues to be neglected or underestimated during policy formulation and implementation. The conversations opened through the platform of World Tourism Day aims to address all these challenges that tourism faces around the world. And as we gear up to celebrate this significant day, let's get started on our own personal travel plans while also remembering the overarching contributions of this industry!

(The above story first appeared on LatestLY on Sep 27, 2019 08:41 AM IST. For more news and updates on politics, world, sports, entertainment and lifestyle, log on to our website latestly.com).