Tunedly Leveling Up the Music Industry through Digital Solutions for Artists

The world of music has quickly changed as the digital revolution continues to make music production and publishing a whole lot faster. One innovative solution called Tunedly has recently been at the forefront of that acceleration, as it provides a comprehensive tool that helps artists record better music and get them heard by a worldwide audience with lesser hassle. 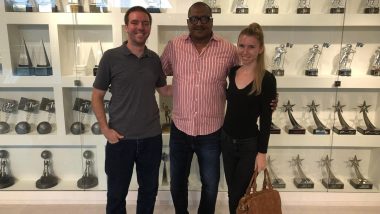 The world of music has quickly changed as the digital revolution continues to make music production and publishing a whole lot faster. One innovative solution called Tunedly has recently been at the forefront of that acceleration, as it provides a comprehensive tool that helps artists record better music and get them heard by a worldwide audience with lesser hassle.

Tunedly is a digital tool for artists and musicians that acts as a music delivery platform, music publishing house, and online recording studio setup—an all in one solution. The goal of the company and product is to help the next generation of artists break into the music industry and reach their dreams of sharing their music with the world and creating a music career in the process. The tool is available to all independent singers, songwriters, and musicians, providing them with a means to create quality music and share them with a ready audience through Tunedly’s platform.

The concept of Tunedly first came to the founders based on their personal experiences. The app was co-founded by music professionals Chris Erhardt and Mylene Besancon. Chris is a songwriter who lived in the rural parts of Ireland, which made it hard for him to get session musicians to help him create professional demos. Mylene, on the other hand, was an artist manager who was looking for a way to give her clients a chance to record tracks from their homes during their downtime professionally. The two music professionals came together to develop a solution that would solve their problems and potentially the woes of hundreds of thousands of other musicians worldwide in the process. The outcome was Tunedly.

The prototype of the platform came in early 2016 when the two relocated to Canada. In 2017, Chris and Mylene would move the business to St. Louis and cover much more ground from their new headquarters. The company would join top-tier business accelerators and raise funds from angel investors and government programs in both the United States and Canada. The company has come a long way and has developed a program that will give one whole experience for artists, from conceptualization to distribution.

One of the unique things about Tunedly’s platform is its anonymous song market. When launching a track on its music distribution channel, the app takes away all identifying information from a song so that the listeners have no clue as to whether the artist behind the song is a superstar or an indie performer. Think of The Voice with the world as the judges.

This format removes any star bias from the process and allows people to enjoy music solely based on the quality of the track. The platform also has a robust data tracking and analysis system that picks up all listener behavior, including skips, plays, upvotes, downvotes, and many others internally. The company then reaches out to breakthrough artists to sign them up for exclusive deals with partner music company Spirit Music Group to monetize their passions through film, television, and commercial contracts.

In the next few years, Tundedly hopes to become a significant player in the music discovery and publishing realm. It aims to have over 5,000 high-performing tracks under its management and provide more musicians with a shot at succeeding in an entertainment career.