Ugly Nov Is a Hustler Since Birth

Being a hustler has to be within you from birth. No one can teach you or give you this god given gift in class. Ugly Novʼs street swagger and authentic style has been recognized by many people in the streets who come from similar backgrounds and ways of life. 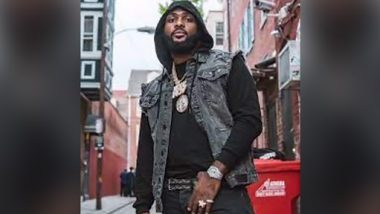 Being a hustler has to be within you from birth. No one can teach you or give you  this god given gift in class. Ugly Novʼs street swagger and authentic style has  been recognized by many people in the streets who come from similar  backgrounds and ways of life.

Ugly Nov is the definition of the streets. His music  represents the people in the hood. The hustlers on the corner everyday grinding to  get it , the people who have nothing and no one to turn to and everyone who does  not understand the harsh reality of the hood.

Like many hustlers on the mic.  Rapping wasnʼt in Ugly Novʼs original plan. What sets his music apart is his ability  to bring his words to life to a story that has been many times before. He's a true  digital age artist who doesn't need 16 bars to develop a picture in your head.  When he spits a verse the image is simple enough for everyone to feel. Ugly Nov  was born in the ruff streets of Brooklyn New York and later on move to  Philadelphia.

At a young age Nov knew he wanted to be a star. At the age of 3 Nov  w mother would let him tryout in talent shows, Television commercials, School  plays ect. As Nov got older he started to realize he had another talent, the talent  to write words together that would rhyme. Thatʼs when he knew he wanted to  become rap star. As Nov started writing more and get better and better.

He later  on formed a group called Green team. Green team was a group of 3 of his closes  friends. They would go on perform in high school talent shows, rap battles on rap  dvdʼs and more. At the age of 16 Nov found his self-hustling in the streets after  being kicked out his mom house he left the music alone.

Being left to survive and  defend on learned the streets pretty fast. The ins and outs and reality of what the  streets can bring. Nov later on finds himself doing time in a up state penitentiary.  Now being faced with another obstacle jail time he would pick up the book and  start what he felt was his dream. He would tell himself every day when I come  home I will live my dream no matter what it takes and do something positive.

After  being released from prison after his sentence Nov would then hook up with  childhood friend Music producer Brandon Marsh also Known as Banga and  Marketing Guru Biz porter and they later on Make history. Nov would spend time in  the studio many days and nights and for several hours. He felt like he had a  second chance and something that these other rappers lacked at and that was  being real.

He would rap about many situations and things he been threw in his  life. After dropping his first single I Hustle and follow up single Bring It Back The  streets responded quickly. But now that he has streets hooked, Nov is ready to  reel them in with his latest mix-tape ugly summer and follow up mix-tape Born  Hustler.