Vandana Anchalia Raises Her Voice for Animals in the Challenging Times of the COVID-19 Pandemic, Details Inside!

Ever since the deadly virus shook one and all, Vandana has been at the forefront in support of the pet parents and all the pet lovers. She is of the opinion that pets should be given the same treatment as humans. “All that animals need is love and affection. 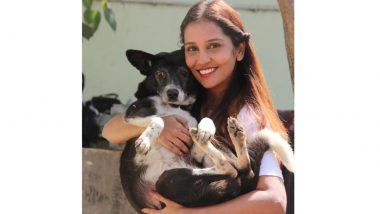 We are living in uncertain times with the hope that everything will get back to normal. The unfortunate and uncalled coronavirus pandemic has been all over India and the world for more than a year now. As much as humans are affected by the deadly virus, even pets and voiceless living creatures have become homeless during these times. However, as much as humans have been there for humans, many have taken a stand for the animals. One of the notable animal rights activists, Vandana Anchalia has been making her contribution amidst such challenging times.

Ever since the deadly virus shook one and all, Vandana has been at the forefront in support of the pet parents and all the pet lovers. She is of the opinion that pets should be given the same treatment as humans. “All that animals need is love and affection. They should not be mistreated and animal cruelty is something I am completely against”, said Mrs. Anchalia.

Furthermore, she revealed that animals should not be abandoned and stray dogs should be fostered as they have no place to go during such times. Vandana then explained, “Feed the animals with proper food and shelter them. Be a voice for the voiceless. That’s what they need.”

Running an organization of her own named ‘Kannan Animal Welfare’ aka KAW, Vandana and her team are always ready to rescue animals in need. For any problems and difficulties faced by the animals, her organization gives prompt assistance across the Delhi/NCR region. In case of any critical issues, her team has even gone a step further by helping anywhere across India. Today with her work, Mrs Anchalia is a classic example who has given versatility a new definition. Starting her career as a sales executive in a small-scale courier company, Vandana is living her life as an entrepreneur.

For her commendable work, she has been bestowed as a Global Good will Ambassador an initiative by UN, and her work rightly proves it. Besides fulfilling the necessities of animals during such dire times, Vandana Anchalia has even helped many people during the time of the pandemic. She has been constantly helping the poor and needy people by initiating distribution and donation drives. Rightly setting an example of an inspiring woman, Vandana Anchalia is truly an epitome of success who is contributing her best towards the betterment of society and the environment.