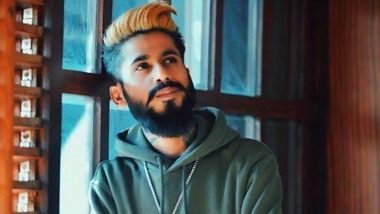 Faizal Siddiqui, a TikTok user who was also involved in the TikTok vs YouTube tussle with Carry Minati, has landed in trouble after his video allegedly glorifying acid attack went viral today morning, May 18, 2020. #BanTikTok and #FazalSiddiqui are running as top hashtags on Twitter, with people shaming the TikToker for the video. The clip came in the notice of the National Commission for Women (NCW), who demanded strict action against it. As per the latest update, Siddiqui’s video has been removed by TikTok. The self-proclaimed social media influencer has also shared full video narrating his side of the story with an apology note. He said that his initial act was edited out from the circulated clip and that the video was nowhere intended or related to acid attack. Faizal Siddiqui, Brother of Amir Siddiqui Who Was Involved in TikTok vs YouTube Tussle With CarryMinati, Lands in Soup Over Video Promoting Acid Attacks on Women.

The video which has been taken down from TikTok showed Siddiqui threatening a girl for leaving him for another guy. He threw water on her face, which interpreted as acid. The next scene showed the girl’s face covered in makeup inferring as bruises and damages. NCW condemned the video of the TikTok users for “promoting the grievous crime of acid attack on social media.”

Written to @DGPMaharashtra DGP to take action against #FaizalSiddiqui. Also wrote to @TikTok_IN to block this person from the platform, though they have deleted the video from it after a call from @NCWIndia https://t.co/drBqy9ykji pic.twitter.com/X1CpM8soBt

Siddiqui has over 13.4 million followers on TikTok. He issued a statement, apologising for the video, also clarifying that his intention was not to hurt anyone. He even added the full video on the Instagram post, including the initial part which was edited out, before the clip went viral. The video shows Siddiqui drinking water and tossing the same on the girl's face. “As a social media influencer, I realise my responsibility and apologise to anyone who was offended by the video,” he captioned the post. From CarryMinati to Amir Siddiqui, Why YouTube and TikTok Content Creators Should Stop Indulging in Tomfoolery and Realise Their Current Responsibility- Spreading Awareness About COVID-19, UNANIMOUSLY!

My Intention was never to hurt anyone in any Capacity. As a social media influencer, I realize my responsibility and apologize to anyone who was offended by the video 🙏🏻 @ncwindia

To those who are unaware, Faizal Siddiqui is the brother of Amir Siddiqui who was recently involved in a controversy after he posted an IGTV video comparing the content creators of TikTok and YouTube. He tagged a lot of YouTubers on the clip, followed by which Carry Minati, a popular YouTuber posted a roast video in response, which was later taken down by YouTube based on its harassment policy.

(The above story first appeared on LatestLY on May 18, 2020 05:44 PM IST. For more news and updates on politics, world, sports, entertainment and lifestyle, log on to our website latestly.com).