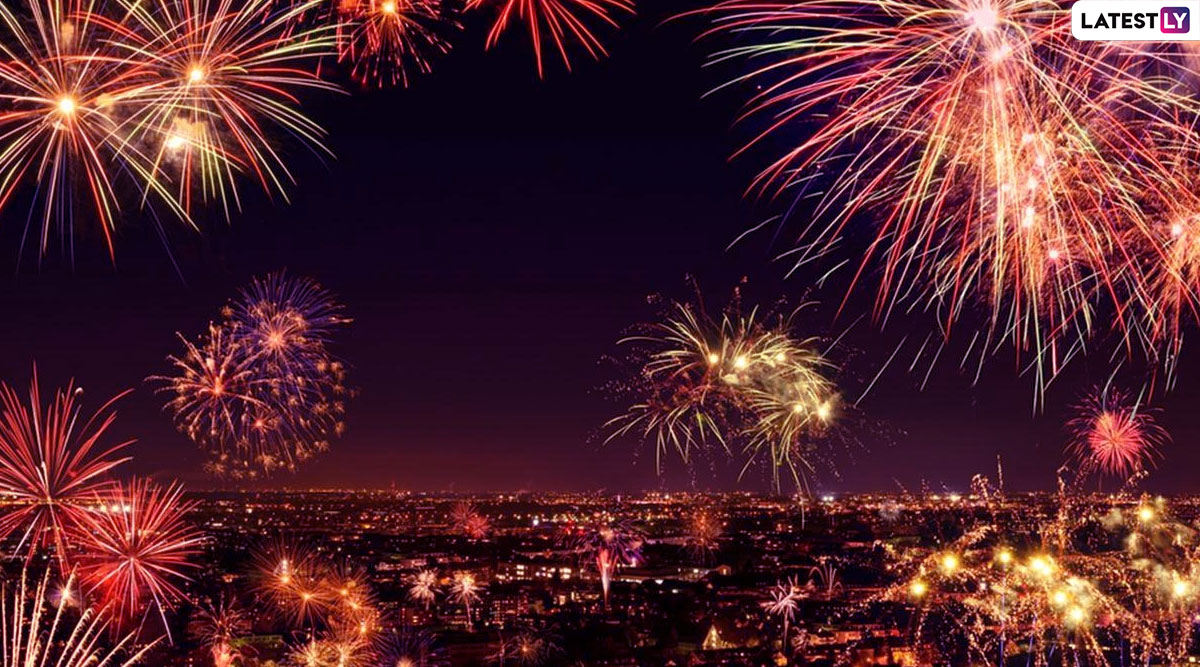 It is officially New Year 2020 for New Zealanders, as the country welcomes the new decade, just a while ago, in a grandeur manner. Huge celebrations and fireworks in Auckland and Wellington graced the sky as the clock struck midnight. Beautiful videos show the rainbow-coloured themed fireworks adorning the night, with the country cheering Happy New Year 2020! Samoa and Christmas Island were the first to ring in New Year. Just after an hour, New Zealanders too welcomed 2020. While the rest of the world is still waiting for the final hours to pass by, citizens in these countries gloriously welcomed the new decade of the 21st century. Twitter is filled with beautiful videos showing tons of fireworks coming out of Auckland’s iconic Sky Tower. Countries That Will Enter New Year 2020 First & Last: Know the List of Nations With Names That Will Enjoy NYE Celebrations at Different Time Zones.

The world is separated into 24 different zones. Because of this difference in time zones, every country celebrates New Year at a different time. Two small island nations in the Pacific Ocean, Samoa and Christmas Island were the first to ring in New Year 2020. Right after an hour, New Zealand welcomed another decade gloriously. You cannot miss the mesmerising view of Auckland’s iconic Sky Tower. This year, the annual sky display offered rainbow-coloured spectrum to upheld the LGBTQ+ rights and celebrate the community. Those who sadly missed the view and others who are still waiting for the clock striking midnight, below we have provided videos that will give you the splendid glimpse as New Zealanders welcomed 2020.

With 38 different local times in use, it takes 26 hours for the #NewYear to encompass all time zones. #Samoa and #Kiribati have already entered 2020 an hour ago. Neighboring American Samoa will follow in 24 hours.#HappyNewYear2020 pic.twitter.com/U2DlD24frG